Our suggestions for spirits, wines and other alcoholic beverages for any budget 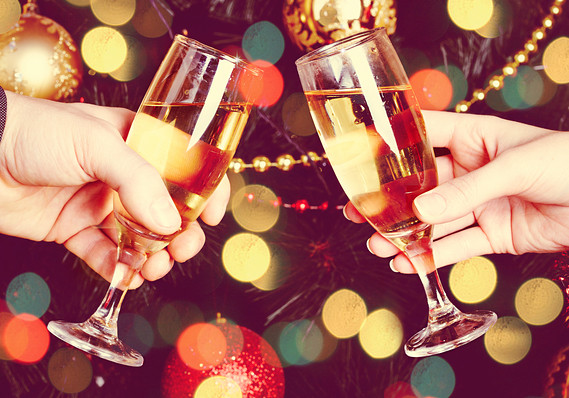 It’s time for some holiday cheer

‘Tis the season for all things boozy. Once again, we offer up our 12 Bottles of Christmas, a compendium of spirits, wines and other sips to suit all budgets and tastes. Use it as a guide when shopping for others this holiday season. Or use it to find a good bottle (or two) to enjoy yourself in the midst of the December rush. Looking for more ideas? Refer back to our 2012, 2013 and 2014 guides. Oh, and happy holidays! 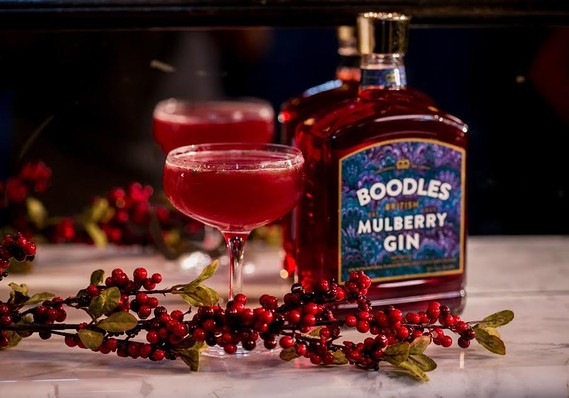 While we don’t normally think of gin as a holiday sip, there’s something undeniably seasonal about Boodles British Mulberry Gin ($29). This is the brand’s version of a sloe gin liqueur — as in gin for those who prefer things on the sweet side. Flavored with its namesake fruit, it’s delectably drinkable on its own, but can be used as a base in cocktails or a holiday punch. What makes it so Christmas-y? That dark red color, of course! 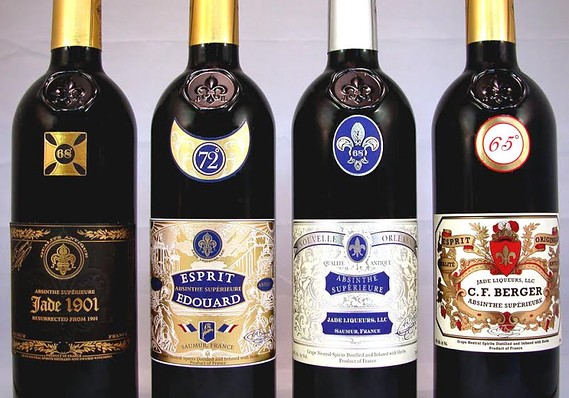 There are only a handful of sips that have a greenish tinge to them. And absinthe is perhaps the most famous of the bunch. Or should we say infamous — the sip, which is flavored with anise and a host of other botanicals, has had quite the reputation for its supposedly hallucinogenic effects. Lucid is the brand that made absinthe legit again when it arrived on the U.S. market about seven years ago (before then, the spirit had been banned for some time in this country). It’s perfectly safe to drink — yes, we’ve tested it — but more important, it can be quite an interesting, herbaceous sip to enjoy, particularly for those who like things on the licorice-y side. The original Lucid ($60 for standard 750 ml bottle or $33 for a 375 ml one) is still available, but in a new, classy packaging. But the big news is that the same team behind Lucid is now offering a Jade line ($99 a bottle) of what might be termed boutique absinthes, which add notes of earthiness, citrus and more. 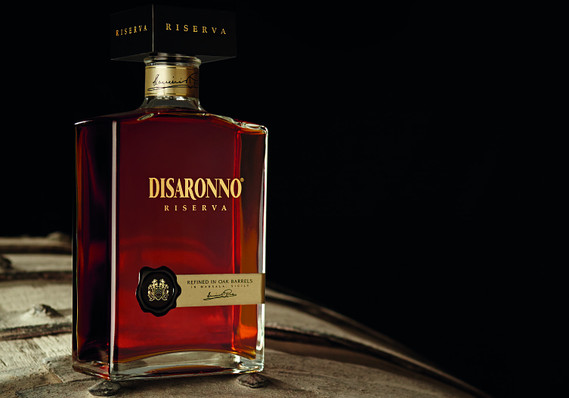 How do you improve upon a classic? That’s the challenge the makers of Disaronno , the beloved, centuries-old, amaretto-flavored Italian liqueur, recently gave themselves. The answer comes in the form of Disaronno Riserva ($349). It’s a blend of Disaronno and hand-selected Scotches, all of which has then been aged in Marsala wine barrels. The resulting liquid is not as sweet as traditional Disaronno (which is still a mighty good sip). Instead, it has intriguing notes of peppery spice (likely from the Scotch) and fruit and wood (likely from the aging in wine barrels). But fair warning: It’s a limited-edition product — just 10,000 bottles — so it may be in short supply. 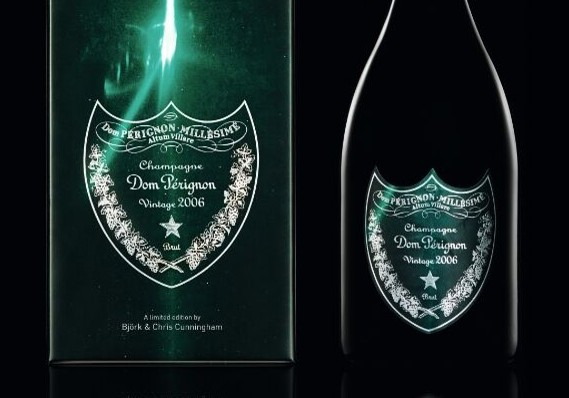 When you think Dom Pérignon, chances are you’re not thinking of a cutting-edge Icelandic pop sensation. But the legendary Champagne maker has teamed up with Bjork, the singer-songwriter known for her quirky vocals and outrageous outfits, and Chris Cunningham, a British video artist and Bjork collaborator, on a special release. It’s simply dubbed the Dom Pérignon Limited Edition by Bjork and Chris Cunningham ($175 for blanc, $330 for rosé.) Bjork and Cunningham’s contribution is more visual than anything else — they helped design the bottle’s packaging, which depicts a “shining beacon of exuberant earthy green light,” as the bubbly brand describes it. But the liquid inside is the good stuff — namely, DP’s 2006 vintage. 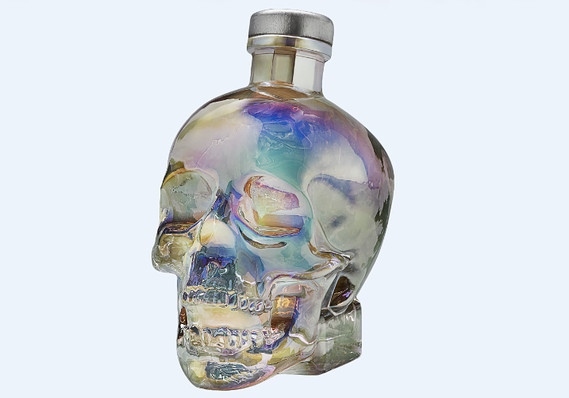 Yes, we know and love Dan Aykroyd for his great comedic turns over the years on movies and television. (Especially his spot-on impersonation of Julia Child .) But we also love the fine vodka he launched a few years ago, Crystal Head, a clean-tasting version of the spirit that’s also noteworthy for its skull-shaped bottle. Now, for the first time, Aykroyd has expanded Crystal Head’s lineup with a limited-edition version, called Aurora ($60). It has a spicier flavor and even more distinctive packaging. The bottle retains the skull shape, but it has an iridescent finish — it’s meant to recall the aurora borealis (or “northern lights”), so hence the name. As with the standard Cyrstal Head, it’s almost too much a visual stunner to open, so you might want to buy two bottles — one for showcasing, the other for sipping. 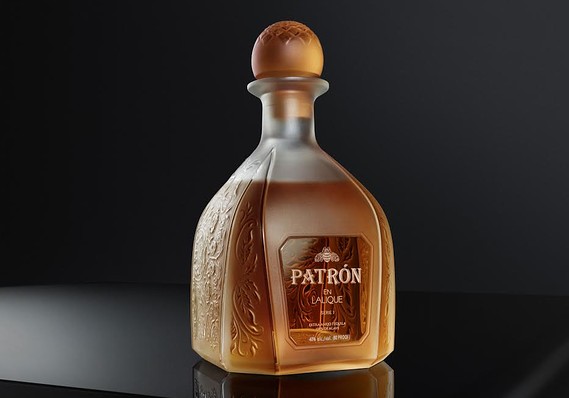 The ‘money is no object’ bottle

Patrón built its reputation as a high-end alternative to mass-market tequilas. But there’s high-end and then there’s truly high-end. The new Patrón en Lalique: Serie 1 definitely belongs to the latter category. Think of this as Patrón on steroids. It’s a select version of the tequila — an extra aged (or extra añejo) one that is billed as “an exceptional blend of the oldest and rarest” tequilas that Patron has created. But there’s also the packaging: The tequila comes in a decanter, from acclaimed French crystal maker Lalique, that has “clear and frosted crystal finishes to showcase its perfect detail and enhance the unique amber color of the tequila.” Of course, you’ll pay for all this perfection: Each of the limited-edition bottles (a mere 500 are going on the market) carries a price of $7,500. 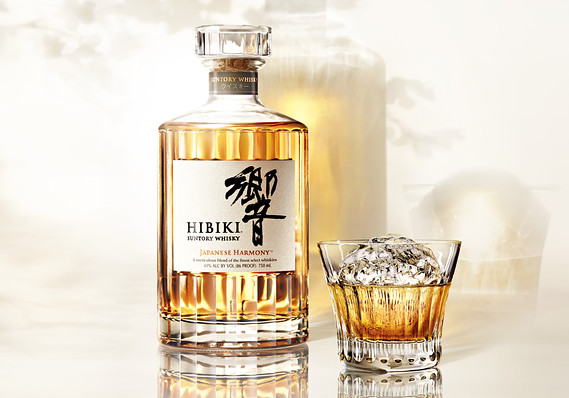 In recent years, Japanese whisky makers have started to rival others around the world, including the good ol’ boys in Scotland. Suntory’s Hibiki line is one of the Japanese whiskies that’s gotten particular attention. The brand has just unveiled its latest, a bottling called Japanese Harmony ($65) that’s poised, elegant and understated in the Japanese manner. Think of it like a good Scotch that’s been carefully tamed. 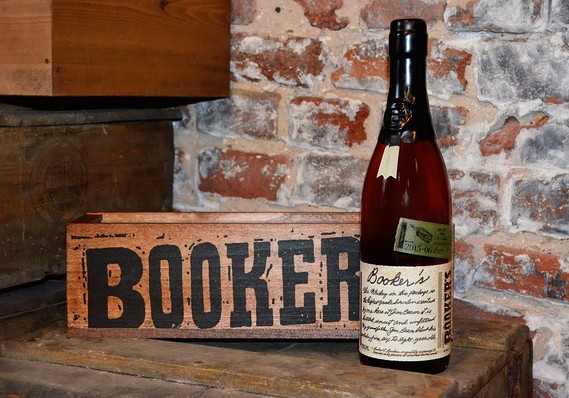 It’s remarkable to see how Americans have come to re-embrace their native whiskey — that is, the corn-based delight known as bourbon. And Booker’s is about as definitive a bourbon as you can find. Courtesy of the Beam family, it’s an uncut (meaning high in alcohol) and unfiltered bourbon that bears the name of the late Booker Noe, the grandson of Jim Beam and the man who helped usher Beam into the modern era. Recently, Booker’s has taken to putting out limited editions — and the sixth one for 2015, dubbed “Noe’s Secret” ($60), has been timed with the holidays. Like others in the Booker’s line, it’s described as robust and full-bodied. In other words, quintessentially American. 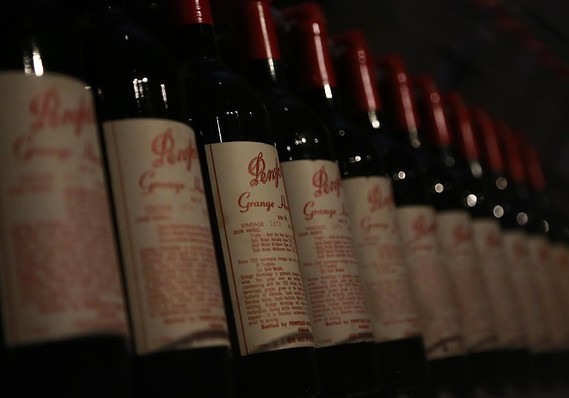 Bordeaux may be the region that most oenophiles have in mind when they think of red wines worthy of a high price. But don’t discount Australia. The land down under has quite the reputation for quality vino. And no release speaks to that more than Penfolds’ Grange (around $850), a bottle that has become something of a cult sensation over the years. The most recent Grange, from the 2011 vintage, is made of 100% Shiraz and is described by the brand as a “majestic” wine with “grippy tannins” and flavor notes that range from black currant to boot polish (yes, boot polish). Cellaring is advised, since the wine won’t start to hit its peak years until 2018 (and those peak years will last until 2045). If you’re gifting a bottle, Penfolds can also arrange for it to be personalized with an engraved label for a $30 additional fee if you order through its site. 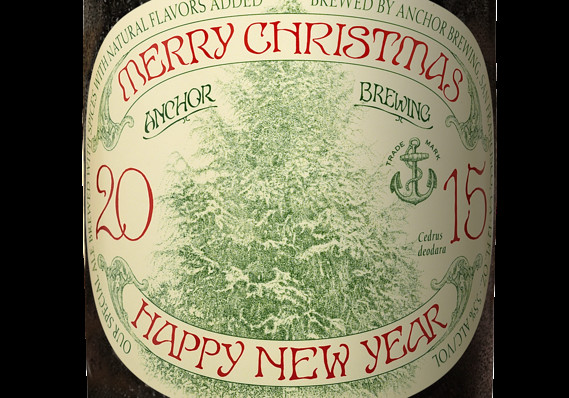 Dog and a Duck

The bottle of beer

Who says beer can’t make a worthy holiday gift? Certainly, not the folks at Anchor Brewing. If anything, they’ve made the release of a Christmas ale something of a brand signature. The beer, which comes in 12-ounce six-packs ($11) and a special individual magnum ($16), always bears a detailed drawing of a tree on the label. What goes inside changes from year to year, but it’s typically a tasty ale that’s suited for the cold-weather season. 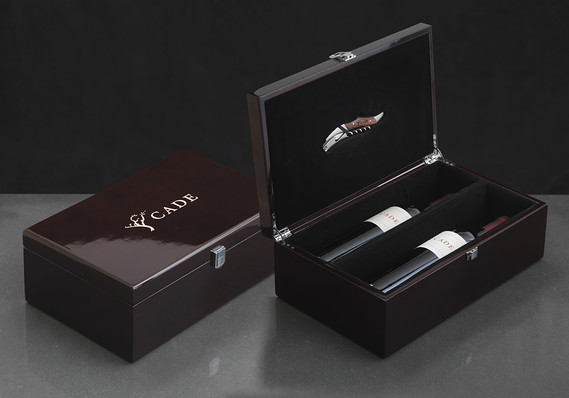 Wine snobs can have a field day when it comes to screw cap bottles, saying that cork is the only way to go. But screw cap advocates argue that too much wine in the world goes to waste because of cork, since the age-old sealing method can result in otherwise good vino being ruined by cork that’s been infected by nasty little microorganisms. (There’s even a term for this: “cork taint.”) Leave it to wine enthusiast (and screw cap advocate) Gordon Getty, who also happens to be one of the world’s richest individuals, to come up with a way for lovers of the grape to see for themselves which enclosure method makes sense. He releases his Cade Estate Howell Mountain Cabernet Sauvignon in a special two-pack ($360) — one bottle is standard cork, the other is a screw cap. But once you get past the debate, you can enjoy the wine itself, which has been hailed as a quality Napa Cab. 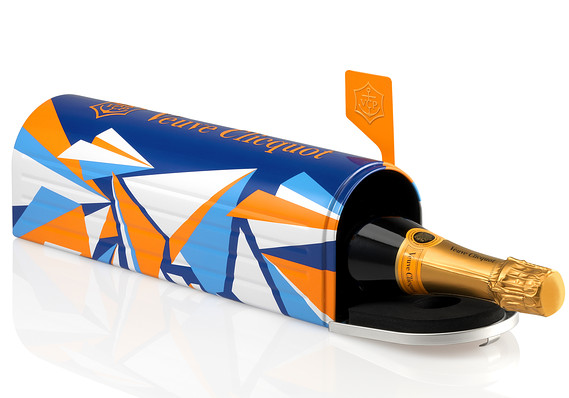 The bottle is in the mail

Why gift a bottle of bubbly when you can gift a bottle of bubbly — and a mailbox. That’s the fun idea behind the Veuve Clicquot annual holiday packaging ($49) of its classic brut offering. This year, the Champagne brand upped the ante by inviting designers to compete and come up with their own look for the iconic packaging. A Canadian designer, Eileen Ugarkovic, was named the best entrant, winning over judges with her bold, colorful depiction of paper planes. 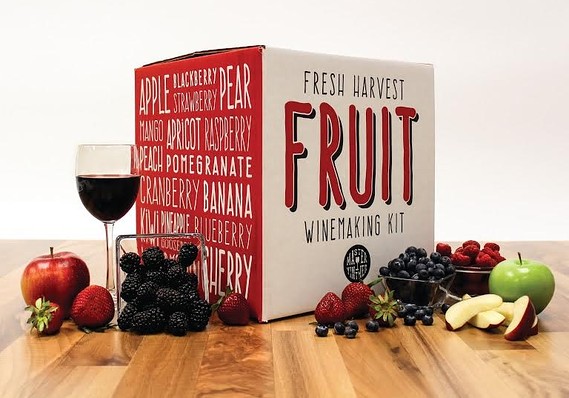 Baker’s dozen bonus: The ‘make your own’ bottle

If you have a gift recipient who’s just too hard to shop for, put the bottle choice in their hands. That is, buy them a winemaking kit. Minnesota-based Master Vintner offers different styles of kits , along with a range of winemaking supplies. Consider the Small Batch Wine Starter Kit ($80) to help someone get going — it will yield a one-gallon batch and prep the kit owner to make more in the future. The Fresh Harvest Fruit Winemaking Kit allows the kit owner to experiment with fruits ranging from apples to berries in place of the traditional grapes. Of course, you can always buy a kit for yourself — and then just give the gift of homemade wine instead.