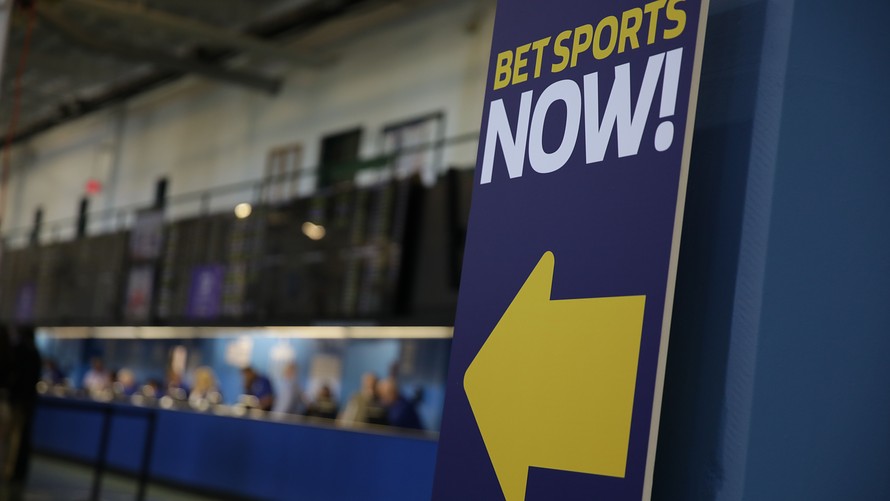 The U.S. sports betting market is on the cusp of a nationwide boom.

Industry heavyweights have been clamoring to make the most of the huge opportunity ahead after a year ago last month the Supreme Court relaxed a federal law banning sports betting.

The ruling opened the door for the estimated $400 billion black market to morph itself into the mainstream.

We look at the top five companies set to hit the jackpot just 12 months after the first legal sports bets were placed in New Jersey in June last year. Earlier this week, New York became the 10th state to join the party after Rivers Casino began taking wagers.

The boom has already begun in some places, New Jersey gamblers waged nearly $3bn over the past 12 months in the wake of the first bet, but there is plenty more to come.

The newly-paired betting giants, along with individual states, are making moves ahead of the new NFL season in September.

Read now: How the NBA and MLB are looking to get a piece of the action from sports betting

Here’s are four U.K. stocks, and one from the U.S., that investors should watch as the U.S. sports betting market looks set to boom.

Joint venture chief executive Adam Greenblatt expected a potential market of “really avid sports fans” that is 75% larger than the U.K. to emerge within a couple of years.

The company also confirmed its New Jersey full online launch was on track for the start of the NFL season.

GVC bosses have championed the “power” of the combination with MGM, which pulls in more than $4 billion in revenue just from Las Vegas.