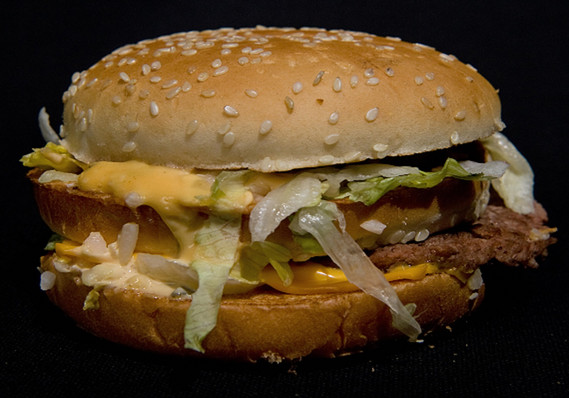 I've written about The Economist magazine's "Big Mac Index" previously here on MarketWatch, but if you're new to this cleverly conceived and useful method of measuring the relative values of global currencies, then here's a quick summary.

One way to get your head around relative currency valuations is to look at what the same goods cost in New York, London, Tokyo, Beijing and elsewhere on the globe. So back in 1986, the Economist magazine created the now-famous "Big Mac Index," a tongue-in-cheek but surprisingly useful way of measuring purchasing power parity, or PPP. It became so popular that academics have written PhD dissertations on it, and it is cited in several introductory economics textbooks as well.

By comparing the cost of Big Macs — an identical item sold in about 120 countries — the Big Mac Index gives you an insight into the relative over- and undervaluation of the world's currencies compared to the U.S. dollar. It does so by calculating the exchange rate (the Big Mac PPP) that would result in Big Macs costing the same in the United States as they do in a particular foreign country.

Hot off the Griddle

According to the latest data released by The Economist , the average price of a Big Mac in the United States in July 2015 was $4.79. That compares with $4.37 the last time they looked at the data in January 2015, and an eye-popping 9.6% rise in price.

By way of comparison, in China the average cost of a Big Mac was only $2.74 at market exchange rates. That means according to the "raw" Big Mac Index, the Chinese currency is undervalued by 42.8%.

Earlier this year, I noted that the strength in the U.S. dollarrelative to so many rival foreign currencies was so pronounced that it was time for U.S. investors to take that long awaited trip to see the Mona Lisa in Paris.

The recent Big Mac Index confirms this advice. Today, a Big Mac in the European Union will cost you an average of $4.05. This means that the euro is undervalued by 15.4% — a far cry from just seven years ago when the euro was overvalued by some 50% compared to the U.S. dollar. That more than 65% "swing" in the euros purchasing power in favor of the U.S. dollar just might be unprecedented.

Norway boasts the second-most-overvalued currency in the world, by 17.9%, with a Big Mac costing $5.65. Sweden and Denmark round out the only four overvalued Big Mac Index countries, coming in at 7% overvalued for $5.13 in Sweden and 6% overvalued at $5.08 in Denmark.

The Swiss and Scandinavian currencies have always been the most overvalued in the world. What has changed is that the level of overvaluation has plummeted in the past five years.

On the flipside of the valuation coin, you can get a lot of Happy Meals for your money in places such as India, Ukraine and Venezuela.

These three countries are at the bottom of the barrel when it comes to relative PPP. So, in India, a Big Mac will cost you just $1.83, or 61.7% undervalued according to the Index. (Of course, it won't contain any beef, as cows are sacred in India). In the Ukraine, a Big Mac costs $1.55, and in Venezuela you can grab a Big Mac for a mere 67 cents. That's an undervaluation of 86%- the highest I ever recall seeing.