The depressing reason most Americans are making more money

As they go without wage increases, this is what Americans are doing to earn more money 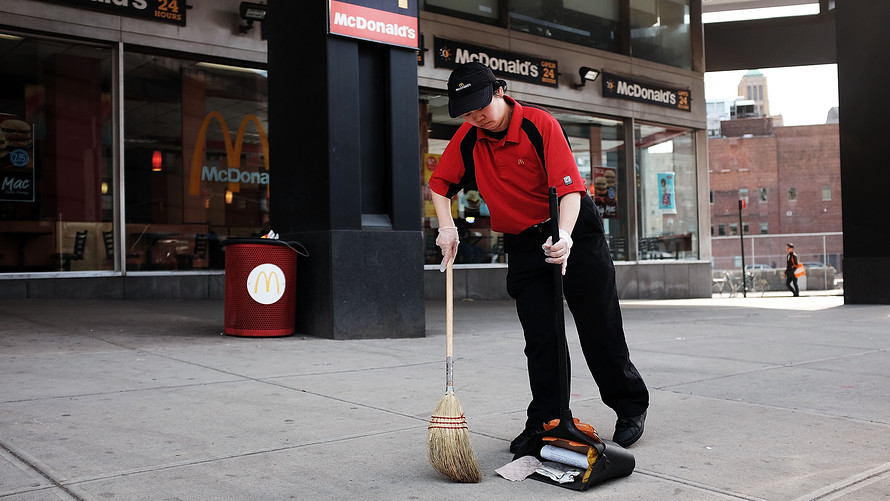 Getty Images
Americans with the lowest salaries have had to resort to working more hours in order to increase their income.

Many Americans have gone a long time without getting a raise — even as their cost of living has gone up.

That’s left most with only one option to keep their heads above water: Work more.

Average annual earnings for people in their prime working years (ages 25 to 54) increased 30.2% after inflation between 1979 and 2016, based on an analysis of data from the Bureau of Labor Statistics by the Economic Policy Institute, a nonprofit think tank that advocates for low-to-moderate income Americans. For the most part, however, that growth isn’t a reflection of higher hourly wages — instead it’s an indication that people are working more hours, researchers found.

For the bottom fifth of earners, an increase in wages only accounted for 25% of annual earnings growth, compared with 88% of earnings growth for the top fifth, or richest, earners.

Altogether, prime-age adults worked 7.8% more hours per year in 2016 than they did in 1979. But workers in the bottom fifth in terms of annual earnings upped their hours by 24.3% over that time span, compared with just a 3.6% uptick among top earners. People in the middle-class in terms of wages increased their hours by 9.4%.

Also read: 1 in 5 Americans have more credit-card debt than savings

“With wages practically stagnant, almost all of the growth in annual earnings that we’ve seen since 1979 has been because people are working longer hours,” Valerie Wilson, one of the report’s authors and the director for the EPI’s Program on Race, Ethnicity and the Economy, said. “Unfortunately, with a fixed number of hours in a day — and with workers given little control over their schedules — there are limits to how far people can boost their annual pay by working longer hours.”

Another concern, according to researchers, is that more Americans in the prime working years are “disconnected from work,” meaning they are unemployed and not looking for work. Here’s how that divide shakes down across the country:

The EPI’s findings match other recent research pointing to a significant wealth gap in America. A Pew Research Center report found that the average wealth of white families was $121,000 above that of families of color overall.

And lower earnings can put these households at a financial disadvantage in other ways. African-American and Latino households were more likely to be underwater. Other research suggests that children growing up in poorer households are less likely to achieve educational milestones including graduating high school and college — making it more difficult for them to increase their wages in adulthood.