The doctor will see you now. But it won’t be face-to-face as telemedicine becomes the new normal 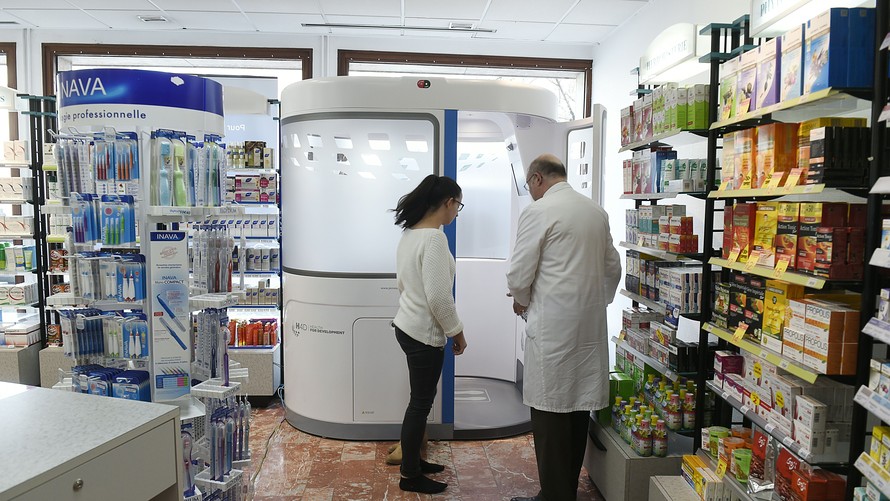 Getty Images
A woman, helped by a pharmacist, enters in a new cabin of telemedicine to take her blood pressure in Roanne, central France. (Photo by PHILIPPE DESMAZES/AFP via Getty Images)

Telemedicine is no longer just for millennials.

The coronavirus pandemic is driving a surge in companies offering online medical consultations as patients and health care workers are forced to seek new ways of interacting.

And the big winners will be private equity and venture capital firms that have already identified the subsector as a lucrative target to juice their returns for investors.

In recent weeks, dozens of companies across Europe which provide patients with a range of services from virtual checkups, to making payments, receiving prescriptions and giving doctors easy access to medical records have recorded a spike in registration numbers and revenues.

These include General Atlantic-backed Doctolib, Sweden’s Kry International, which recently raised money from the Ontario Teachers’ Pension Plan , and UK’s PushDoctor, which counts Celeres Capital and Oxford Capital among its investors.

For some investors, the concern will be whether these businesses can sustain the uptick in revenues once lockdowns are lifted and patients choose to return to seeing their doctors in person.

But for now, the numbers look encouraging. In just four weeks, France-based Doctolib , which started out as a scheduling platform before offering online consultation services, has seen the number of video consultations spike from 1,000 to 100,000 a day. As of 22 April, patients had booked 2.5 million consultations on Doctolib.

In Sweden, Kry has seen the total number of consultations surge by a massive 163% from 1 February to 27 April across all its markets. The company has also recently expanded into the U.S.

In Britain, PushDoctor has increased the number of partnerships it launched with NHS providers by 62% — a record—in April.

“The European health care market is at a digital inflection point,” Chris Caulkin, managing director and head of technology for EMEA at General Atlantic, said. “We believe technology is in the early innings of transforming how patients and doctors engage with health care, and that there is significant potential to improve the service delivery model and overall access to health care,” he added.

General Atlantic invested in Doctolib in March 2019. The company offers its technology and services to every doctor and other health care practitioners allowed to practice medicine by the French and German medical chambers.

The doctors pay a monthly fee of €79 — but the service is free during the crisis. All health care professionals, from midwives to pediatricians can offer video consultations.

Caulkin said that since offering its telehealth platform for free during the crisis in early March, the team has brought on over 30,000 doctors.

“Before our partnership, we were very impressed by Doctolib’s progress in only five years. Their approach to health care digitization has delivered concrete results.”

Stanislas Niox-Chateau, co-founder and president of Doctolib said video consultations had been widely adopted and is now becoming “essential.”

“It will never replace physical consultation—it will probably represent between 15% and 20% of the activity of user physicians, as it is already the case in Scandinavian and some Asian countries, where the practice is more common. It must be a tool available to physicians enabling them to monitor their patients as part of the traditional health care pathway.”