The economy is booming, Trump says — but for some, so are the costs of housing, health care, child care and college

It’s getting more expensive to get by for some Americans 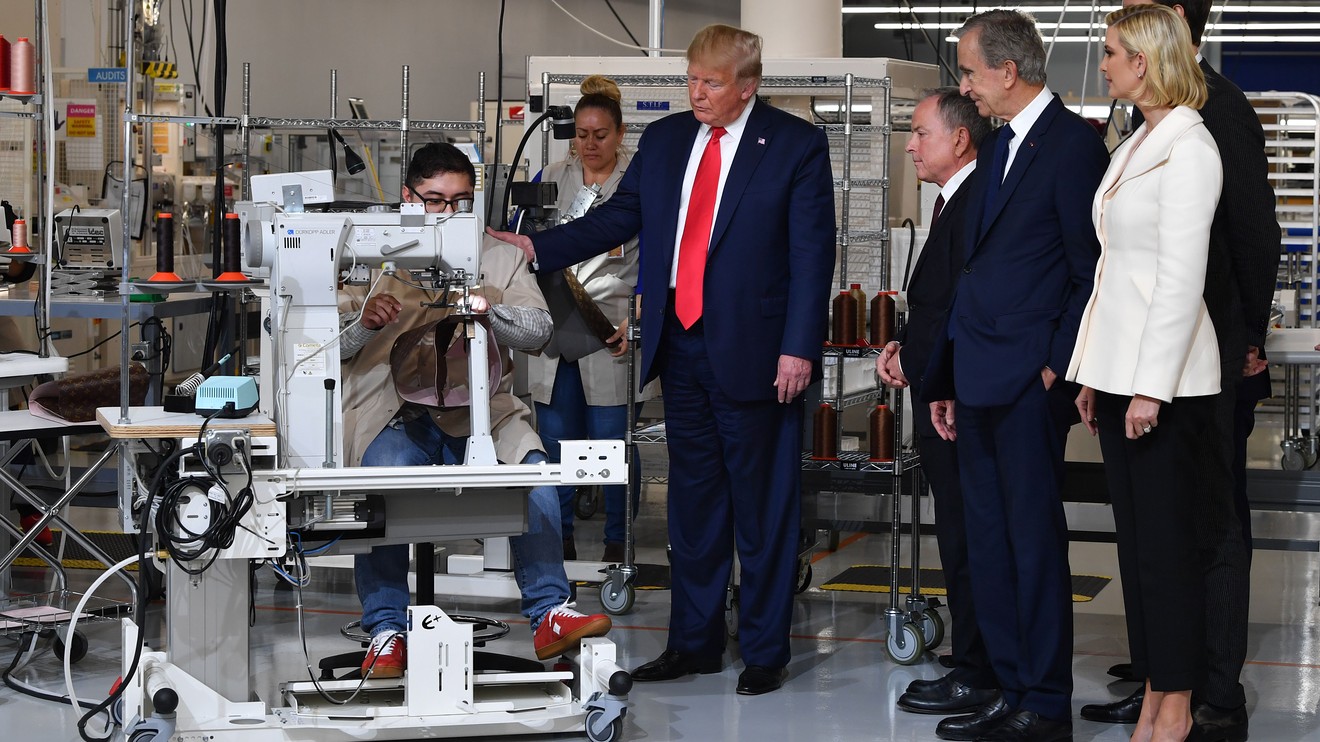 NICHOLAS KAMM/AFP via Getty Images
Even as the economy booms, the costs of certain necessities aren’t going down.

President Donald Trump touted the country’s economy in his State of the Union address Tuesday night, saying low and moderate-income workers were seeing some of the biggest benefits.

“This is a blue collar boom,” the Republican president said to rounds of applause, likely from his side of the aisle, while Democrats stayed stone-faced most of the night.

But here’s what else is booming for the workers who are supposed to be reaping this economy’s rewards — the costs of housing, child care, health care and college tuition.

Even if “wages are rising fast,” as Trump says, these necessary costs could be eating into the bottom lines of many households.

Inflation-adjusted child-care costs have soared 49% between 1993 and 2018, according to Freddie Mac /zigman2/quotes/202741363/delayed FMCC -1.87% , the government sponsored mortgage finance company.

Poorer families spent a far larger chunk: Families making under $1,500 a month shelled out nearly 40% of their income to child-care expenses, compared to less than 7% from families earning more than $4,500 a month.

See also: America’s child-care crisis: ‘The entire system is experiencing pressure from every angle and something’s got to blow’

Trump on Tuesday night said his administration has boosted funding for child care, “enabling 17 states to help more children, many of which have reduced or eliminated their waitlists altogether.” He said he’s prepared to further expand funding.

Trump also noted that he had authorized spending so that beginning in October, every federal worker will have two weeks of paid family leave, which, he said, can serve as “a model for the rest of the country.” America is the only highly-developed country without a nationwide paid family leave law. Five states have paid leave laws in effect.

Trump called on lawmakers to pass the “Advancing Support for Working Families Act,” a bill that would give families a $5,000 maximum advance on their child tax credit to use for leave or child-care costs during a newborn’s first year.

The $20,576 average premium was a 5% increase year-over-year, the poll found. Employees paid an average of $6,015 into that sum and employers paid the rest. “The single biggest issue in health care for most Americans is that their health costs are growing much faster than their wages are,” KFF President and CEO Drew Altman said. “Costs are prohibitive when workers making $25,000 a year have to shell out $7,000 a year just for their share of family premiums.”

More than half (57%) of people making less than $35,000 had serious problems paying medical, dental or prescription drug bills, according to a survey last month from the Robert Wood Johnson Foundation, Harvard’s T.H. Chan School of Public Health and National Public Radio. Forty-eight percent of poll participants making between $35,000 and $99,999 also reported problems paying those bills.

Trump noted in his State of the Union speech that last year was the first time in decades that prescription drugs prices decreased. As of mid-2019, prescription drug costs had dropped 1.2% year-over-year — the biggest 12-month drop since 1972.

But Americans pay almost four times more than citizens in other developed countries for their prescriptions, according to a House of Representatives Ways and Means Committee report last year. In fact, drug prices may rise 5.8% this year, according to one analysis.

Home prices have steadily risen in recent years as the nation’s real-estate market recovered from the bust that caused the Great Recession — and they show no signs of stopping.

The national median price for an existing home was $274,500 as of last December, according to the National Association of Realtors, which is 54% higher than it was back in December 2009.

In November, the pace of home-price appreciation accelerated for the second straight month, according to the S&P CoreLogic Case-Shiller home price index. The rise in home prices has been fueled by a combination of high demand among home buyers and record low numbers of homes for sale.

Home prices continue to rise across most of the country even as prices have hit new all-time highs in many cities, particularly along the coasts. Increasingly, high housing costs are causing people to move to the comparatively more affordable housing markets in the center of the country. But those cities too are now struggling with affordability issues.

While the high cost of homes is music to the ears of people who already own homes, it represents a growing obstacle to those looking to buy. More expensive homes mean larger down payments, and that has prevented many millennials from becoming homeowners as they struggle to boost their savings.

The situation isn’t much better in the rental market. The shortage of homes for sale has meant that a growing number of high-income Americans have become renters rather than homeowners. That pushed the cost of rent up. Nowadays, one in four renters in the U.S. spends more than half their income on housing costs.

College costs have been on the rise — but are increasing slower

Higher education is also a major expense, and while some analyses says costs have steadied over the years, other research says low-income borrowers can bear the brunt of student loan debt.

“Although this news is encouraging, prices have risen rapidly for many years at the same time that household incomes have grown slowly, inequality has increased, and too many students are struggling with repaying student loans,” the organization said in its annual look at college pricing.

Behind mortgages, student-loan debts, at around $1.5 trillion, are the second largest outstanding liability for American households, according to a report last month from Moody’s Investor Service.

But the debt obligations weigh on borrowers differently. Low-income borrowers who are below twice the federal poverty line comprised 65% of all defaulters , according to the Institute for College Access & Success, an advocacy organization focused on fairness in higher education. Similarly, the default rate in black-majority ZIP codes is 17.7%, compared to 9% in white-majority areas, Federal Reserve Bank of New York researchers said.

In December, Trump signed a bill to permanently earmark over $250 million annually to historically black colleges and universities.

He noted that Tuesday, saying, “To expand equal opportunity, I am also proud that we achieved record and permanent funding for our nation’s historically black colleges and universities.”