The Education Department is falling short on a promise to help student loan borrowers during the coronavirus crisis, lawsuit alleges

The department says it’s taken ‘immediate action’ to protect borrowers who are behind on their loans. 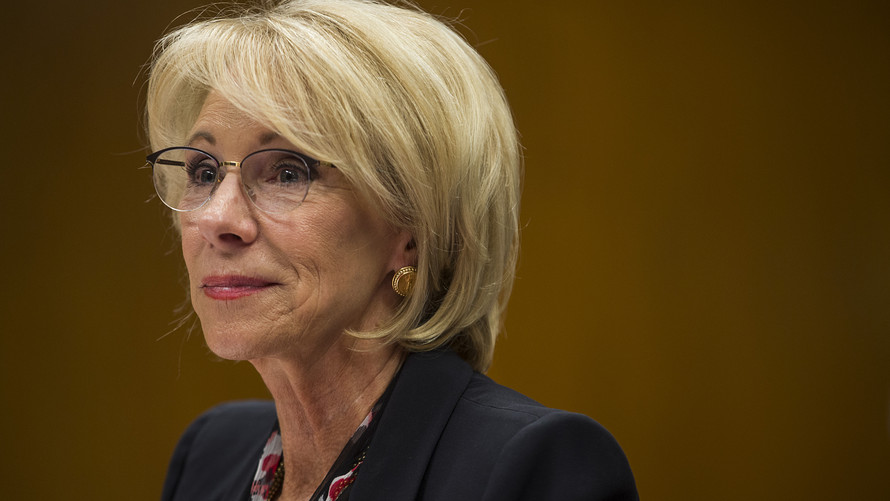 More than a month after the U.S. Department of Education pledged to temporarily stop garnishing student loan borrowers’ paychecks, it’s allegedly still allowing the practice, according to a new class-action lawsuit.

“With each passing day, countless federal student loan borrowers are suffering needless harm because, in the midst of the COVID-19 pandemic, they remain subject to unlawful debt collection,” said the lawsuit filed Thursday night in Washington D.C. federal court.

The lawsuit, filed by student loan borrower advocates at the National Student Legal Defense Network and the National Consumer Law Center, acknowledges that the Department of Education has the power to garnish wages from people who have defaulted on their federally-backed student loans.

But Education Secretary Betsy DeVos said in late March she was pausing wage garnishment, the attorneys noted. The pause had a retroactive effective date of March 13 and runs through September 30.

Furthermore, DeVos said her department would be refunding around $1.8 billion in garnishments to approximately 830,000 borrowers.

“These are difficult times for many Americans, and we don’t want to do anything that will make it harder for them to make ends meet or create additional stress,” said DeVos said in an announcement at the time.

Yet the new lawsuit says garnishments are still happening, at least in some cases. Lawyers point to lead plaintiff Elizabeth Barber, a 59-year-old home health aide who has $10,000 in student debt and made around $20,000 last year. The department is still taking about 12% from Barber’s wages, most recently garnishing $70.20 from her April 24 paycheck, the lawsuit says.

Barber works with people who have cerebral palsy, but her bosses have reduced her hours because there’s less demand for her services right now.

“I have no money in the bank. I need every dollar I earn at work to survive each day, but my hours have been cut because of the virus. I don’t understand why the government keeps taking my money away after it passed a law that says they will stop,” Barber, who lives outside Rochester N.Y., said in a statement.

The Department of Education does not comment on pending litigation, said spokeswoman Angela Morabito.

Still, Morabito added, “the department has taken immediate action to notify employers to stop garnishing wages. The Department’s default loan servicer called employers by phone, sent emails when possible, and mailed letters to employers who could not be reached any other way.”

Garnishment has also become an issue when it comes to stimulus checks. Consumer advocates note the stimulus bill did not prevent private debt collection. More than 10 states and Washington D.C. have issued rules aiming to stop the collectors from taking a portion of a person’s stimulus check money.