The energy sector changed forever in 2015 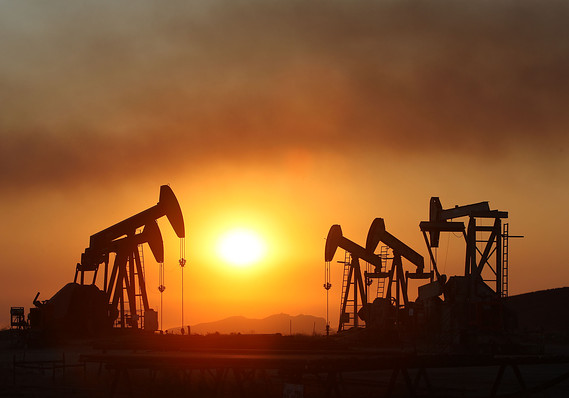 Two massive and permanent shifts in energy took place in 2015. The first was the beginning of the end of the oil age as Saudi Arabia's led OPEC on a mission to destroy long-term competition and preserve market share. The second was the fortification of a move toward alternative energy as 196 nations agreed to sign a U.N. agreement in Paris to avoid dangerous climate change. The two shifts are linked and will have profound impact on the global economy, geopolitics and investments going forward.

Already we are seeing reactions from Saudi Arabia, OPEC, Russia, other nations and private industry that are massive in scope. The abandonment of any oil production limits by OPEC is one of those actions that will have a permanent impact.

What is OPEC up to?

The question that we should ask about Saudi Arabia and the Gulf Cooperation Council of OPEC is why are they so adamant at this point in history about protecting market share for their oil? They were making far more money pumping less at higher prices than they are now pumping more at lower prices.

The reality is that OPEC's maneuver to reduce oil prices short-term would not have been necessary had demand for oil been rising fast enough to absorb more expensively produced oil, such as Canadian oil sands, ultra-deep-water oil and shale oil. But as the International Energy Agency has pointed out, oil demand is relatively flat with only a slight drift upward. Essentially, oil demand is on a "peak oil plateau" that I identified back in June of 2014 when I predicted oil prices would fall.

By leading OPEC in a charge to crush competition in the oil space, Saudi Arabia is acknowledging that it must maximize profits on oil soon since the use of oil at volume is not going to last as long as many thought just a couple years ago. Saudi Arabia sees that eventually, demand destruction for oil will be upon it, and they must build cash reserves while they can.

Where will the demand destruction for oil come from? The short answer is electric cars (or maybe hydrogen-powered cars). Slightly under half of all oil is used to produce gasoline — almost all for cars. About another 30% is used for fuels of other sorts, again, mainly for transportation. By the 2020s we should expect to see electric cars much more mainstream as batteries improve and prices come down. We will also see much greater penetration of natural gas into trains, ships and heavy trucks. The downward impact on oil demand will be more fully felt in the 2030s.

Between now and the 2030s, most OPEC nations must transition their economies to become more sustainable. To accomplish that, they must make as much money on oil as they can starting in the next year or two until the eventual demand destruction of oil occurs. This requires taking as much market share as possible so that their oil does not get shut in at some point in the future.

The impact of climate change

The U.N. climate change agreement in Paris marked several important ideas. The most important was that there is near unanimous agreement that mankind is having an impact on the climate, in particular, temperature, and that something dramatic must be done to reverse course or suffer unknown consequences. This is a monumental event. If nothing else, it should tell people what direction future efforts regarding energy development are headed.

The Saudi Arabians and other OPEC members are very clear on what the climate change agreement means, it means that fossil fuels are going to be phased out over time. Ultra deep water and Canadian oil sands producers understand too as they have cut over a quarter trillion dollars in future projects. Evidence can be found across the industry. ConocoPhillips /zigman2/quotes/207605056/composite COP -0.11%  announced they are ceasing all deep water exploration by 2017. Royal Dutch Shell /zigman2/quotes/207682964/composite RDS.B -0.62%  canceled their oil drilling off of Alaska after sinking $7 billion into the project, and canceled an oil sands project taking a $2 billion charge. This is the start of a massive trend.

On the alternative-energy end of the spectrum, we are seeing solar with record order backlogs. Big nations like China and India are focusing on expanding their solar footprints. In the U.S., we lifted our oil-export ban and extended solar tax credits.

If you choose to ignore these historic developments, well then, good luck with your investing. For those who can read the tea leaves, you will be able to find good and potentially life-changing investments for the next decade. My next few columns will focus on what I believe are likely to be the last great oil and gas trades, and investments for the beginning of the alternative energy age.