Extending the extra $600 could discourage people from returning to work, some lawmakers say 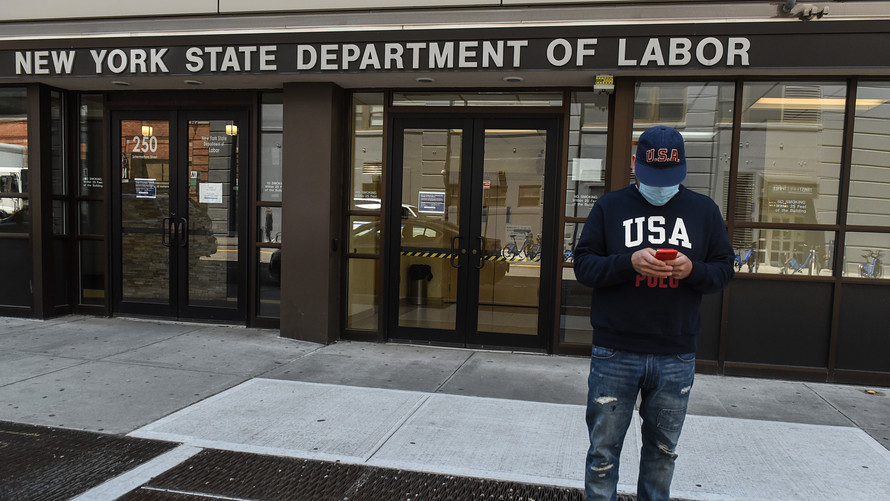 Getty Images
Last month, 4.8 million Americans returned to work, but more than 30 million remain unemployed and could have their benefits slashed by $600 if lawmakers fail to act before July 31.

Americans who have been laid off from their jobs because of the coronavirus pandemic have been able to collect an additional $600 a week in unemployment benefits on top of what they get from their state. That extra relief was part of the $2.2 trillion stimulus package known as the CARES Act.

But if lawmakers fail to act by the end of this month, Americans who are out of work will see that $600 a week disappear from their unemployment checks. That could strip more than 20 million Americans of nearly $842 billion to spend, according to data released by the Bureau of Economic Analysis, a U.S. government agency that provides official macroeconomic and industry statistics.

The supplemental $600 Americans receive has been controversial, especially given that two-thirds of laid-off workers receive more money from their unemployment benefits than they did from their jobs. But at the same time, proponents of the extra $600 say that decreasing those benefits could cost the country even more jobs.

As lawmakers consider a new round of stimulus funding, there are four major proposals on the table on how to replace the extra $600, two of which would allow unemployed Americans to receive additional funds on top of state unemployment benefits. Another calls for capping the benefits at the amount equivalent to a worker’s prior wages. One calls for just the opposite of unemployment benefits — a return-to-work bonus.

As the July 31 deadline approaches, Senate Republicans hinted at a temporary resolution to buy lawmakers more time ahead of their August recess.

Temporarily extend the extra $600 through August

Senate Republicans indicated Wednesday that discussions were taking place to keep the status quo with unemployment benefits through August.

“It’s still in the mix and the discussions come down to both the duration, how long and at what price point,” said Sen. John Barrasso, a Republican from Wyoming, on Wednesday.

Ohio Republican Sen. Rob Portman confirmed that, but urged lawmakers to work on finishing “the entire [stimulus] package” by the end of the week rather than implementing temporary fixes. “If we can’t get it all done by next week we can’t allow there to be a cliff in unemployment insurance,” he said.

Treasury Secretary Steven Mnuchin said he supports a new stimulus package that would provide “no more than 100%” of jobless workers’ former wages.

“Enhanced unemployment is intended for people who don’t have jobs, particularly in industries that are harder to rebound, so we will not be doing it in the same way,” Mnuchin said on CNBC on last week.

Mnuchin added that he had a “productive call” with Senate Majority Leader Mitch McConnell regarding another stimulus package, which could include another round of direct payments checks.

Like Mnuchin, President Donald Trump has said he’s against extending the $600 past July, saying that it gives Americans “a disincentive to work.”

However, Trump said Tuesday that those benefits won’t go away completely.

He said he was against the original decision to offer an additional $600 in federal benefits to unemployed Americans on top of their state benefits, adding that “it still worked out well because it gave people a lifeline.”

“Now we’re doing it again,” he said. “They’re thinking about doing 70% of the amount.” It’s unclear whether Trump meant extra benefits could drop to $420 extra a week on top of state unemployment benefits, or if the benefits would be equal to 70% of a person’s prior income.

Extending the supplemental $600 through Jan 2021

In May, the Democratic-run House passed the $3 trillion HEROS Act, which would, among other things, extend the extra $600 federal unemployment benefit to January 2021.

The Congressional Budget Office found that if these benefits were extended through January 2021, an estimated five of every six recipients would receive more in benefits than they would from working those six months.

If these benefits were extended through January 2021, five of every six recipients would receive more in benefits than they would from working those six months, according to the Congressional Budget Office.

“If the benefit of $600 per week was extended, fewer than one in thirty recipients would receive benefits — generally the maximum amount in their state — that were less than 50% of their potential earnings,” the CBO report states.

Some have argued those generous benefits will keep people from seeking new jobs. But extending the $600 unemployment benefit would mean that Americans would have more money to spend in stores, and that could ultimately lead to lower unemployment, Heidi Shierholz, an economist at the Economic Policy Institute, a left-leaning think-tank based in Washington, D.C., said.

“It’s not true that there’s a pool of jobs out there that people would fill if they weren’t receiving unemployment benefits,” she said.

Related: ‘We are saving every penny we can’: What life could look like for this 66-year-old man when he loses all his unemployment benefits next month

For every dollar spent on unemployment insurance, there’s a multiplier effect leading to a 1.64 increase in GDP, according to a 2008 study published by Mark Zandi, chief economist at Moody’s Analytics /zigman2/quotes/202808835/composite MCO -0.47% . Meanwhile, for every dollar spent on infrastructure projects, U.S. GDP could be expected to increase by a multiple of 1.59.

McConnell said in May that the HEROS Act “reads like the speaker of the House pasted together random ideas from her most liberal members and slapped the word ‘coronavirus’ on top of it.” He also referred to it as a Democratic “wish-list.”

Unlike the HEROS Act, one Democratic proposal which has bicameral support calls for additional unemployment benefits that are tied to state unemployment rates.

“Once the unemployment rate falls below 11%, the benefit amount reduces by $100 for each percentage point decrease in a state’s unemployment rate,” the proposal states. These enhancements would remain in place until March 2021.

For instance, beneficiaries in a state with an unemployment rate between 7% to 8% would receive an additional $200 a week on top of their state’s unemployment benefits.

The main difference between the two is that Beyer’s would allow Americans to continue to receive the additional $600 benefit for as long as the national emergency or state emergency for COVID-19, the disease caused by the novel coronavirus, is in effect. Once the national or state emergency is terminated, jobless Americans would receive benefits based on their state’s unemployment level.

‘We continue to push for inclusion of automatic stabilizers in relief legislation, and I feel it is a top priority because it would help to prevent some of the political obstruction that unnecessarily prolonged the Great Recession.’

Rep. Don Beyer, a Virginia Democrat and sponsor of the Worker Relief and Security Act

“We continue to push for inclusion of automatic stabilizers in relief legislation, and I feel it is a top priority because it would help to prevent some of the political obstruction that unnecessarily prolonged the Great Recession,” Beyer, who supports the Schumer-Wyden proposal, told MarketWatch.

Proposals that tie unemployment benefits to a states’ unemployment rate are the most logical, said Michele Evermore, a senior policy analyst at the National Employment Law Project, an advocacy organization focused on workers’ rights.

‘Unemployment benefits should always be pegged to economic conditions.’

“Unemployment benefits should always be pegged to economic conditions,” she said. When the CARES Act passed in March, the economic impacts of coronavirus “didn’t seem like it would go on as long as it has or be as bad as it is.” So at that time, it seemed reasonable to provide the additional $600 through July. But even though 2.5 million workers went back to work last month, more than 21 million Americans are out of work , which is a sign that additional support is needed, Evermore said.

The most recent unemployment report was surprisingly positive and showed that 4.8 million Americans had gone back to work — a sign that there are more job openings as states reopen parts of their economy. Extending the $600 weekly benefit past July would disincentive Americans from returning to work if they receive more money from remaining unemployed, says Portman.

He’s proposing a back-to-work bonus, which would provide an additional $450 a week for Americans who return to work.

“Not only is the return-to-work bonus proposal the right policy in terms of incentivizing people to safely return to work and allowing businesses to reopen, but it could also benefit the American taxpayer through significant cost savings compared to the current money we’re spending on the CARES Act unemployment benefits,” Portman said in a statement to MarketWatch.

‘We need to be sure that there’s no financial disincentive for these individuals to get back into the workforce when those jobs become available to them again.’

“Moving forward, it is critical that we have a workforce that’s ready to step into their old jobs or newly available jobs now that the economy is safely reopening,” Portman said previously.

“Given that more than 15 million unemployed Americans are categorized as ‘temporary layoffs,’ we need to be sure that there’s no financial disincentive for these individuals to get back into the workforce when those jobs become available to them again.”

National Economic Council Director Larry Kudlow has said that the Trump administration is looking “very carefully” at Portman’s proposal, which Portman said he plans to introduce more formally this week.

Beyer said this proposal “inherently misunderstands the root cause of unemployment: a deadly pandemic, and also fails to look ahead to the looming demand crunch which will fuel new rounds of job cuts.”

The return-to-work bonus could end up incentivizing people to take “the wrong jobs,” Evermore said. “People will take the first job they get,” she said, which could mean settling for a job that pays less or one for which they’re overqualified.