The Fed has three motives for raising interest rates 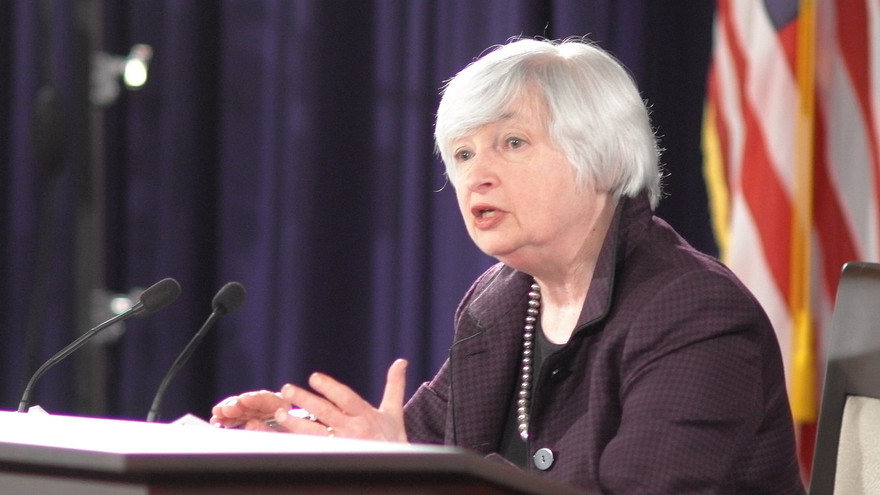 For the past few quarters, parades of pundits have given their opinions about whether Janet Yellen would or should raise the fed funds rate, what the effect would be if she did and what it would mean if she doesn't.

Most of the analysis centers on pundits trying to validate themselves or attempting to get a few minutes of publicity. In a lot of cases it’s pure guesswork. So, since anything goes in the world of punditry, here are my thoughts about what Yellen might do next week and why.

As my clients and investment-letter subscribers know, I think that analyzing the Federal Reserve begins by considering what their real motives are. The vast majority of the punditry will tell you that the Fed's motives are clearly laid out in their mandate:

"The Board of Governors of the Federal Reserve System and the Federal Open Market Committee shall maintain long-run growth of the monetary and credit aggregates commensurate with the economy's long-run potential to increase production, so as to promote effectively the goals of maximum employment, stable prices and moderate long-term interest rates."

That clause from the amended Federal Reserve Act in 1977 lays out what is considered the "dual mandate" of the Federal Reserve. People look at this and interpret it to mean that the Fed will strive to help the economy achieve a low unemployment rate and an inflation rate of about 2%. Few give any thought to the last part of the clause — "moderate long-term interest rates" — and why it is there.

Here are three reasons that moving toward "moderate long-term interest rates" is important.

The first reason is to put some control on "hot money" lending that leads to financial bubbles. If interest rates are too low for too long, we eventually see the types of over-leveraging that ultimately leads to major corrections. Those in the business of selling fear are now pointing to near-zero percent interest rates of the past eight years as evidence that we are on the verge of another major financial collapse. To that, I'll just say corrections and bear markets are normal and not automatically indicative of a financial collapse. Ultra-low interest rates were warranted because of what was an actual multi-generational financial collapse in 2008. As I said a couple months ago, we are just entering a normal bear market.

The second reason is that allows the Federal Reserve maximum monetary flexibility to react to different economic situations. During recessions, the Fed wants the ability to loosen money to stimulate the economy. During inflationary periods, the Fed wants the ability to tighten in order to slow inflation. Both potential actions work better from a middle-lane position rather than riding along a curb like the "zero-bound" emergency lane we are in now.

The final and most overlooked reason is to preserve the dollar as the main reserve currency on the planet. This is vitally important because as I've said repeatedly for years in my letters and in articles, being the reserve currency is the biggest free ride on the planet. Being a reserve currency allows Americans without investments to maintain their standard of living, while our invested citizens gain the opportunity to buy valuable assets at a global discount.

So if those are indeed some of the underlying motives of the Fed, then I believe policy makers will raise rates next week but talk softly about it. That is, I think the Fed will raise rates slightly and say there is no schedule for hiking again. They will once again claim to be "data-dependent" and concerned about the global economy, despite the U.S. looking firm. Essentially, it will be a reversal from not raising and talking tough.

The change in policy and some dovish talk should land us in about the same place that we are in now, which is a moderately overvalued stock market in need of a normal correction, a slow-growth-forever economy and a dollar that is firmly in a higher new range — where it deserves to be, despite the likelihood it weakens a bit temporarily in the not-too-distant future. It is also an admission that "the economy's long-run potential to increase production" is simply not as strong as it used to be, thus raising rates makes sense in the context of that being the real long-term normal.

What investors ought to do

With money getting ever so slightly tighter and growth nowhere near a boom, it is important for investors to focus on quality companies now more than ever. I like companies that have focused on growth without destroying their balance sheets, as well as value investments such as the survivors in energy that I've talked about a few times already. I have recently invested in several companies that fit either the growth or value models I screen for.

One growth company is 3D Systems (NYS:DDD) , which has a fantastic cash-rich balance sheet, is a leader in a fast-growing segment and is a clear takeover target despite good future prospects on its own. Importantly, the stock is down 85% off a speculative bubble and is trading near maximum pessimism, but now stabilizing technically. If any positive catalysts emerge, which I believe is far more likely than more fully-priced-in negatives, the stock could be a leader over the next several years. Build a position slowly since momentum traders could take a few more runs at pushing it down again. I wouldn't wait to buy a first allocation, however, as this is the type of company that could be up huge on any news, forcing shorts to cover in a scramble.

Another company I like is a value proposition down over 65% from its post-crisis high that offers interesting growth due to the warming planet — fertilizer company Potash Corp . . This company produces all three of the main fertilizers, but as the name implies, focuses on potash, which helps retain moisture content in soil. In a world more and more gripped by drought, this is a must-have fertilizer for farmers looking to maintain yield. The company is at the end of a capital-expenditure cycle that will allow it to drop more cash to the bottom line in coming years. In addition, potential new competition is stalled for years due to the pullback in commodities. The company pays a hefty dividend that appears stable, since the company's debt is relatively low and it will soon have improving cash flows typical of other post-capex spending cycles.

I know that many prefer the diversification of ETFs in a world that is frustrated with individual stock volatility. My strongest suggestion is to stick with secular trends by over-weighting technology and health care on corrections, as well as finding extra room for value in the energy space, which might be a once-in-a-generation opportunity to buy very low. The problem with ETFs is that you get the bad companies with the good companies in a market segment. It is important to not to stray from value and growth since most of the market has nothing to offer but mediocrity and higher risk. I will do some ETF comparisons in coming months after taking positions and sharing them with subscribers.

Kirk Spano and certain clients of Bluemound Asset Management own shares of DDD and POT. Spano has recommended DDD and POT to subscribers in his investment letter Fundamental Trends. Neither Spano nor Bluemound clients plan any transactions in the next three trading days. Opinions are subject to change at any time without notice.