One consequence of the Fed’s greater openness: Chairman Powell’s closer hold on power 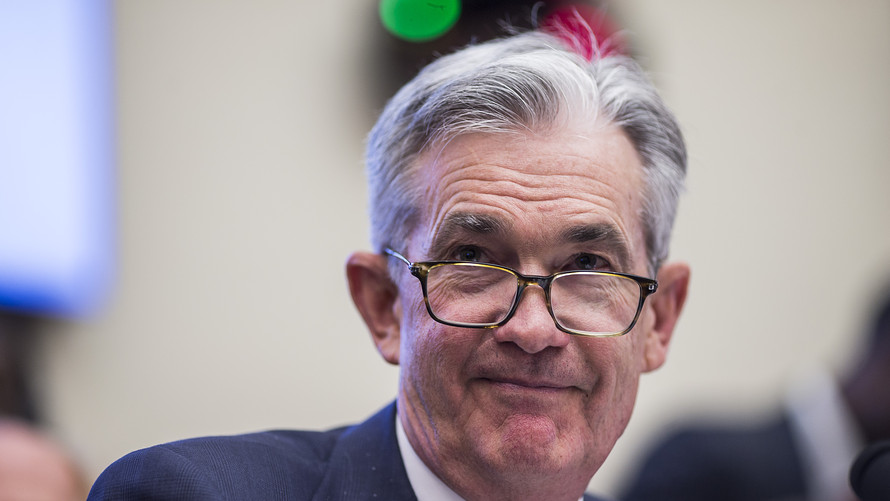 Be careful what you wish for. The Federal Reserve nowadays is much more transparent in policy setting and implementing than it was, but increased openness does not always lead to better decision making.

Changes that let sunshine into some areas have cast a shadow on other avenues of the Fed’s communications and impeded its deliberations. They also tilt the balance of policy-making authority further to the center — with all the risks that concentration of power entails.

A long, long time ago in a financial galaxy far, far away, the Fed was cloistered, close-mouthed, and confusing to the general public. The institution was so viewed as walled-up that William Greider’s “The Secrets of the Temple” was a best-seller. For example, before the first policy announcement in February 1994, the Fed signaled changes in the policy rate through the type of open market operation its Domestic Desk conducted the day after a meeting of the Federal Open Market Committee (FOMC). In 1995, it beefed up the minutes released after each meeting and began preparing transcripts with a five-year publication lag.

In those days, the transcripts were viewed as a resource for historians and a mechanism for outside doubters to test the veracity of the minutes, albeit well after the fact. In the event, these changes blew back on the quality of deliberations at FOMC meetings and public understanding of policy. Alternative drafts of the statement circulated in advance of the meeting, channeling the conversation in preset directions. The minutes were published with a sufficient lag to sometimes be unrepresentative of current Fed thinking. Knowledge that their remarks would be under future scrutiny led FOMC participants to prepare them in advance and eschew improvisation. The result was longer and more scripted meetings.

Fast-forward to the present — press conferences by the chairman after each meeting strive for new heights of openness. But here too, human nature intercedes to create problems.

First, during an FOMC meeting, the group can relegate difficult issues in conveying policy nuance in the single sheet of paper that is their statement to the chairman’s more expansive opening remarks at the press conference. Rather than smoothing the sharp edges of their differences in a statement voted upon, they rely on the chairman to relate a central, but more diffuse, message for which they are not personally held to account. As a result, the FOMC statement has become less important.

Second, having summarized in the press conference the range of opinions expressed by participants, the chairman sucks the oxygen out of the public space for other official speakers. The Fed governors and Bank presidents who line up for the media are gauged on how close they hew to the party line. So speeches and other remarks by other officials are less important.

Third, the chairman’s press-conference remarks represent a first draft of monetary policy history, a role previously served by the FOMC minutes. To an important extent, the press conference remarks, prepared in a tight window around the meeting, constrain any independent staff review of the FOMC’s conversation, as the chairman has already weighed in as to what was important. As a result, the FOMC minutes are less important.

Chairman Powell has not just opened the doors and windows of the Fed, he often leaves the Temple.  On Powell’s watch, officials so far have conducted 15 “Fed Listens” events with the general public across the country. Powell has also visited Capitol Hill far more frequently than any of his predecessors.

More light on the matter can only be for the good, right? Except, once again, the spotlight is narrow. The chairman in town is the big news during the Fed Listens town halls. Moreover, the chairman is building personal rapport with members of the Congress that can not be replicated by others in his policy committee.

This is not to doubt the chairman’s motives, as Powell seems sincere in his desire to strengthen the Fed’s democratic legitimacy. After all, an institutional creature of the Congress needs the ongoing support of elected officials and the voters that put them there. The result of this increased sunshine is to render Powell the Sun King of monetary policy. A chair-centric committee can work for the public good — consider Paul Volcker and Alan Greenspan — or not, as with Arthur Burns.

A few years before his elevation to chairman, Powell, then a Fed governor, had the courage to represent the Fed at a relatively pointed event at the Brookings Institution on “Fedspeak.”  His advice was to sort through the chaff of Fed communication and understand that “there is a single FOMC participant who has most of the leverage in our policy discussions.” Jay Powell has become that person — and more.

Vincent Reinhart is chief economist and macro strategist at Mellon. He worked 24 years at the Federal Reserve in various roles including secretary and economist of the FOMC.

Plus: ‘The 25-cent solution’ would have prevented the COVID recession, says the most accurate economic forecaster