The Game of Krones: Inside Denmark’s battle to defend its 35-year-old currency peg 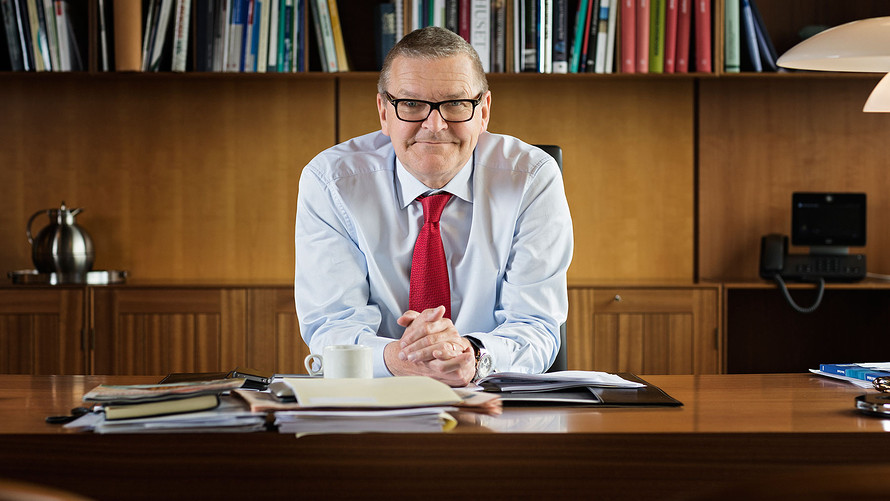 The surprise move sparked market mayhem. The franc soared from €0.83 to €1.17 in a matter of minutes, an unprecedented jump of 40%. The Swiss stock market plummeted. A number of hedge funds around the world suffered big losses, and some smaller currency traders even went bust.

As the shockwaves spread, attention quickly turned further north to Denmark, as a burning question sprang into speculators’ minds: If the Swiss — without warning — could abandon their peg, would the Danes be next?

Lars Rohde, governor of the Danish central bank, remembers that day in 2015 extremely clearly. Up until 10:30 a.m., it had been a quiet Thursday morning at the bank’s headquarters in central Copenhagen — but in a flash, his world was turned upside down, and he was caught in the middle of his biggest challenge as central bank boss: Defending the krone against all costs.

“It was the beginning of some very turbulent weeks,” he said in an interview with MarketWatch recently.

“We saw a massive inflow into the krone in a matter of just a few days. In a situation like that, no one knows the depth or the duration of the speculation. You don’t know if there’s another trillion kroner out there, or it’s 100 billion, or nothing more at all,” he said.

Those speculative investors turned out to be very determined. Over the following three weeks, they continued to aggressively attack the krone, hoping to build up enough pressure to force the central bank to de-peg. That would likely consign the Danish currency to the same destiny as the Swissy — soaring against the euro and returning a hefty profit to traders positioned on the right side.

Do whatever it takes

That buying of the krone forced Rohde to act quickly and reach for the extremes in his monetary-policy tool box.

Over the course of those three weeks, Danmarks Nationalbank cut its deposit rate four times — a highly unusual move — to end at negative 0.75%; temporarily suspended the issuance of government bonds; and boosted its foreign currency reserves by 275 billion kroner, or $43.9 billion. (To put that in context, Denmark’s entire gross domestic product stood at $306 billion last year.) 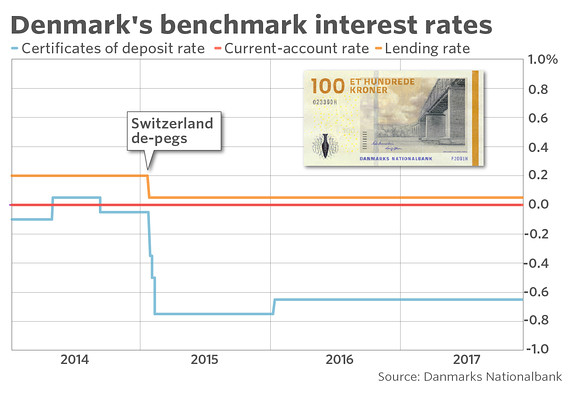 Still scrambling to fend off the inflows, Rohde resorted to the ultimate monetary policy tool: The “do-what-ever-it-takes” speech.

“On that famed Feb. 5, when I appeared on numerous TV channels, I tried to send a signal to the market the same way [European Central Bank President Mario] Draghi would articulate it: We will do whatever it takes. We can go on forever. And we are ready to drive our foreign-exchange reserves into the sky,” he said.

It worked. The attackers pulled back, and the Danish central bank was able to draw a line under its rate cuts.

Nevertheless, the episode sparked an international discussion about the longevity and viability of the Danish peg. And that debate returned to the limelight in April this year, when the Czech central bank gave up its euro peg and traders once again started to ponder which fixed currency regime could be the next to fall.

But if one does, it won’t be Denmark, said Rohde, chief of the country’s central bank since 2013.

Introduced in 1982 to help stabilize a struggling Danish economy, the fixed-exchange scheme continues to enjoy enormous broad backing from politicians, the public and financial institutions. It’s now ingrained into the culture, and Danes rarely question whether it’s a good idea.