IRS has paid out over $218 billion in stimulus checks 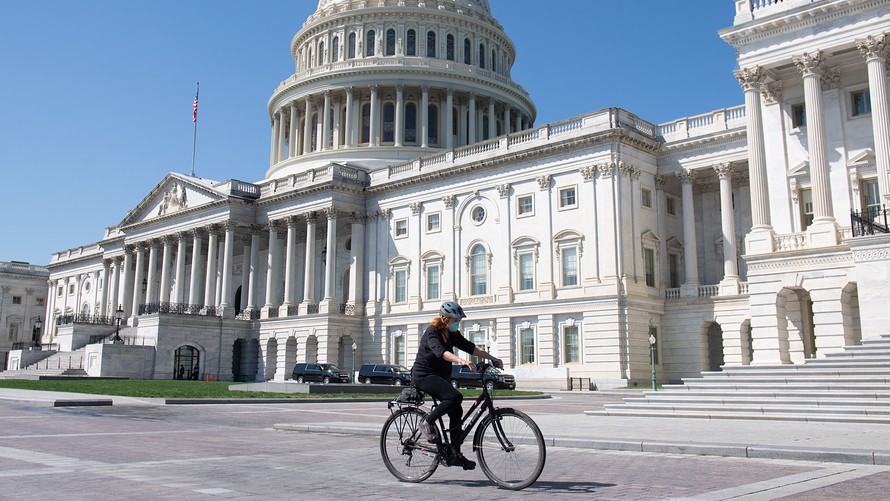 The IRS has churned out 128.3 million stimulus checks so far and already paid $218.4 billion — which is most of the stimulus money that’s been set aside for direct payments to families and individuals across America as the coronavirus outbreak continues.

That money can’t come soon enough for the more than 30 million people who are out of a job, and everyone else who’s worried about how to pay their bills, rent and withstand the coronavirus’ economic onslaught.

The bad news: millions of Americans still have not received their check more than one month after President Trump signed the $2.2 trillion CARES Act. There are several reasons why these people could still be waiting. They range from lacking a bank account to making too much money to immigration status.

Many people say the $1,200 stimulus payment that many will receive is not nearly enough: In fact, about a third of Americans say they expect that their share of the stimulus money won’t even sustain them for a full month — or help them out at all, for that matter, according to a recent Bankrate.com survey of nearly 1,500 adults.

As part of the CARES Act, which aims to help individuals and businesses to cope with the COVID-19 pandemic’s financial shockwaves, the government is issuing the $1,200 payments to individuals with adjusted gross incomes below $75,000. Married couples earning under $150,000 will get $2,400. The program also pays $500 for each child age 17 and under.

But as one reader wrote to The Moneyist, MarketWatch's advice columnist: “As a married person with 5 kids and a mother that lives with us, I think $150,000 is too low. Kids are expensive and they eat a lot, not to mention medical and dental bills, especially now that school is out. You also have to take into consideration cost of computers and printers for them to be able to work on their school work at the same time.”

‘As a married person with 5 kids and a mother that lives with us, I think $150,000 is too low. Kids are expensive and they eat a lot, not to mention medical and dental bills, especially now that school is out.’

The federal tax collector, the agency tasked with distributing $290 billion in stimulus money via direct deposits and paper checks, released an update on the payments on May 9.

The agency said it had made 108.5 million payments via electronic direct deposit and mailed 19.7 million paper checks.

It will mail checks to people who don’t include bank account information on their tax returns and also use benefits information on file to send money to people receiving Social Security and other federal government benefits.

In some cases, the IRS has been sending stimulus payments to dead people. That’s because it’s writing checks based on the information it sees on 2018 and 2019 tax returns, and someone might have died between the time taxes were filed and the IRS started cutting stimulus checks.

Earlier this week, the IRS issued guidance on how to return stimulus checks sent to dead people.

Don’t miss: Do I have to pay back my $1,200 stimulus check? Don’t fall for these five myths about the stimulus payments

People who don’t want to wait for paper checks to arrive in the mail can give their direct deposit information to the IRS. Read more about that here.

More payments are continuing on a weekly basis, the IRS said. Chuck Rettig, the commissioner for the federal tax agency, said, “We are working hard to continue delivering these payments to Americans who need them. The vast majority of payments have been delivered in record time, and millions more are on the way every week.”