‘This of course, would be a de facto second stimulus.’ 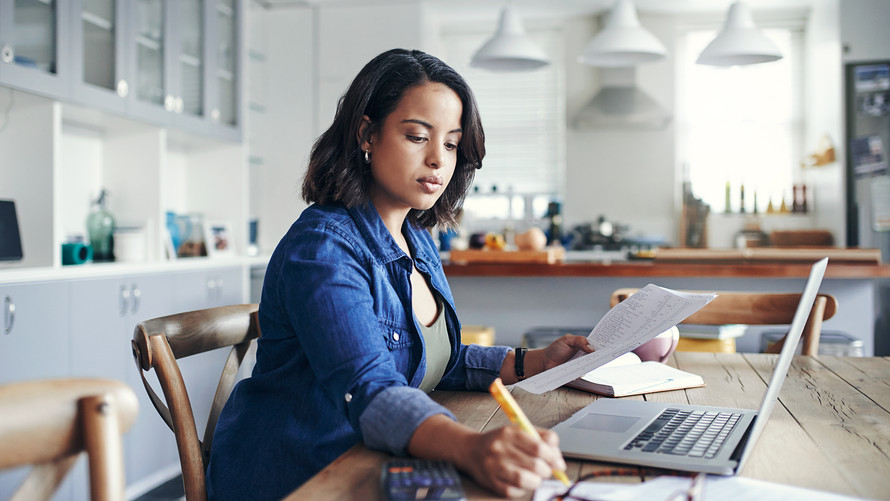 Here’s a potential bright spot for anyone dreading the July 15 filing deadline: There’s still a good chance they have a refund waiting for them, according to experts studying their own client files and IRS statistics.

H&R Block /zigman2/quotes/207406664/composite HRB +0.61%   estimates that more than half of its clients who still haven’t filed yet are due a refund, according to Andy Phillips, director of the national tax preparation chain’s Tax Institute.

‘The July Fourth holiday will be a wake-up call. Folks will realize the deadline is coming quickly and I need to act.’

Of course, there have been many issues large and small preoccupying people during the coronavirus outbreak, but Phillips said “the July Fourth holiday will be a wake-up call. Folks will realize the deadline is coming quickly and I need to act.”

Taxpayers should be receiving approximately 18 million more refunds before the year is through, according to Lisa Greene-Lewis, a tax expert and CPA at TurboTax /zigman2/quotes/203136605/composite INTU +3.41% .

The gap should close, Greene-Lewis said. Much has changed during the past year, but not the federal income tax code’s provisions, she noted. This season marked the second year under the Tax Cuts and Jobs Act, which reduced the corporate rate and most personal income rates.

Thinking of any new, major tax changes in effect, Greene-Lewis said, “there’s none I can really think of that would be significant.”

America is grappling with double-digit unemployment rates and the $2.2 trillion stimulus bill has sent approximately 160 million stimulus checks to households to quickly supply them with cash. So why wouldn’t taxpayers quickly get their refund too?

Around one-third of people (36%) in a 100-person mid-May H&R Block survey said they still hadn’t filed their taxes because of procrastination. Thirty-one percent said they didn’t feel safe going somewhere to file their taxes amid the coronavirus pandemic, the survey said.

The Taxpayer Opportunity Network is a convening body for Volunteer Income Tax Assistance (VITA) sites, an IRS filing program for people making up to $56,000. The pandemic closed the VITA sites and most are now preparing returns via online submissions or document drop-offs, she said.

At this point, when many people make their initial start through the online portal, Thompson said “they are getting stuck gathering their documents, which, I say is a function of procrastination.”

‘I am going to hazard a guess that people due a refund who haven’t filed yet are not hard up for cash.’

Taxpayers with the greatest need for refunds and tax credits will often file early in the season that starts in January, Thompson said. “I am going to hazard a guess that people due a refund who haven’t filed yet are not hard up for cash,” she said.

Compared to past years, Thompson said she hasn’t seen more people put off filing because they can’t afford their taxes. Experts have previously said taxpayers who owe money and can’t pay it in full should at least try to pay a portion. The IRS can also work out installment plans.

Though many people might be waiting for a refund because they haven’t filed yet, many other people may be waiting for the IRS to send their refund money.

So far, the IRS has processed 126.5 million individual returns, an 11.4% drop from the same point last year.

The IRS has been pulled in many different directions this tax season because, among other things, it’s also had to distribute stimulus checks. One consequence is limited staffing to process paper returns.

The agency is prioritizing refunds from paper returns and customer service operations as it reopens offices across the country, IRS Commissioner Charles Rettig testified Tuesday at a Senate Finance Committee hearing .

Sen. Rob Portman, a Republican from Ohio, said his office has received hundreds of calls from people “who did not have the means to file electronically who need their refund to just make it financially.”

‘This of course, would be a de facto second stimulus. I mean, it would be huge if we could get this money out the door. So it seems to me that should be our top priority right now.’

Those still unissued refund checks “would be a de facto second stimulus. I mean, it would be huge if we could get this money out the door,” Portman said.

Rettig said the IRS is focused on the paper returns and is processing about one million every week. “Going through and getting those out is a priority,” he said.

Some are waiting to file for strategic reasons

Devin Pope doesn’t like waiting to file his taxes, but he’s doing it this year on the hope it might get him a second stimulus check. The senior wealth adviser and partner at Albion Financial Group in Salt Lake City, Utah is giving the same advice to clients who haven’t filed yet.

‘Don’t quite hit the button, and let’s see if they are able to pass something in the coming weeks.’

“Don’t quite hit the button, and let’s see if they are able to pass something in the coming weeks,” Pope said, referring to federal lawmakers who are starting to consider another stimulus bill and a second round of direct checks.

In Huntersville, N.C., Brandon Opre, founder of Trust Tree Financial, says some of his clients are due a refund, but they are waiting “because if there is a second round of stimulus checks, their higher 2019 income would work against them.”

From Utah to North Carolina, these people are playing the waiting game because they’re wagering any new stimulus bill would use the same stimulus check eligibility rules as the Coronavirus Aid, Relief, and Economic Security (CARES) act.

See also: How the $2.2 trillion CARES Act helps Americans save money on their 2019 taxes

In the CARES act, the IRS used 2019 tax returns to figure out who qualified for direct checks.

If the IRS doesn’t have the 2019 returns, it looks at the 2018 returns. An individual could make too much money in their 2019 income taxes and still get a stimulus check if the IRS can only access their 2018 returns.

It’s not likely Congress will pass a new stimulus bill before July 15, says Pope. But he’ll take his chances. “I think it’s worth waiting,” he said.