The locomotive of the U.S. economy might be losing steam 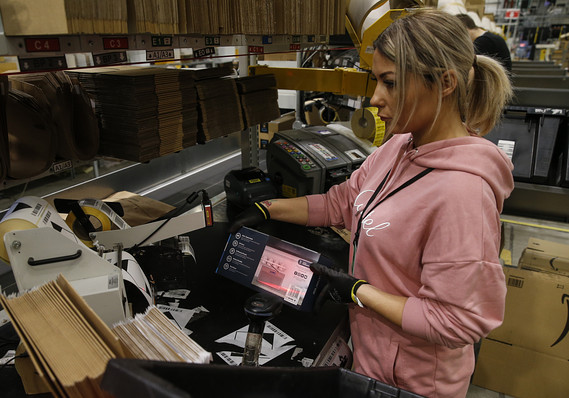 Getty Images
Internet stores such as Amazon have reeled in lot of sales, but consumers aren’t spending as much as they were earlier in the year. Here an Amazon employee packages goods for Black Friday.

American consumers have kept the U.S. economy barreling toward a record 11th year of expansion, but the locomotive might be running out of steam.

After big increases in spending in the spring and summer, households appear to be cutting back. Sales at U.S. retailers, for example, rose a disappointing 0.2% in November.

Read: Retail sales fall short of forecast in the early stages of the holidays. A poor omen?

The growth in retail sales over the past 12 months, what’s more, has slowed to a modest 3.4% pace from a seven-year high of 6.5% just a year and a half ago. 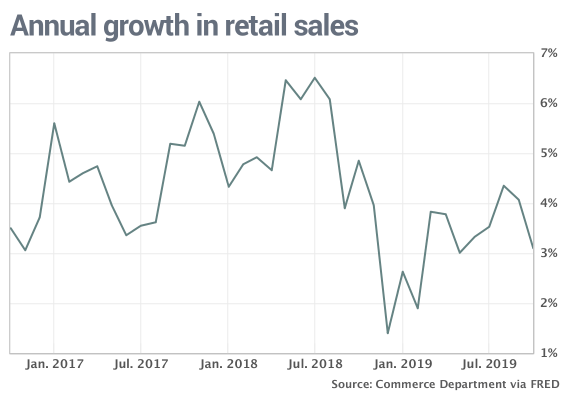 Consumers are still spending enough, to be sure, to keep the economy growing. And there’s a good chance spending could pick up in December as the Christmas holiday season nears a crescendo.

Wall Street will get another clue with this week’s snapshot of consumer spending in November. Economists predict a 0.3% increase — a decent if not spectacular gain.

“Unless there is a surge in December, it doesn’t look as if fourth quarter consumer spending will grow anywhere near the 2.9% posted in the third quarter,” said economist Joel Naroff of Naroff Economic Advisors.

The waning strength of consumer spending helps explain why the Trump administration began to move a few months ago to ease trade tensions with China, particularly with the president running for reelection in 2020.

The U.S. and China last week said they had completed the first phase of what they hope is a broader long-term compromise. Forget the details of an exceedingly modest agreement. What matters most is that the dispute has been reduced to a simmer after boiling over during the summer.

“This de-escalation in trade tensions is a positive step toward resolving important trade and investment issues between our two nations,” the Business Roundtable said.

Enough to get businesses to boost investment and help the manufacturing sector to reboot ? Maybe, but probably not enough to goose the economy if consumers continue to scale back.

“There is still considerable ground to cover before reaching a lasting, longer-term and meaningful deal between the two largest economies in the world,” said Lindsey Piegza, chief economist at Stifel.

Fortunately consumers still have some ammunition left. The best labor market in decades is delivering steady income growth, allowing many Americans to save, and giving them the confidence to keep spending. So even if spending slows, it’s not about to crater.

“It is unlikely that the consumer sector will sour anytime soon,” said senior economist Ben Ayers at Nationwide.