‘The Mandalorian’ returns, but what other streaming picks are worth paying for in October 2020?

Looking to cut back on streaming subscriptions? October could be a good month to do so 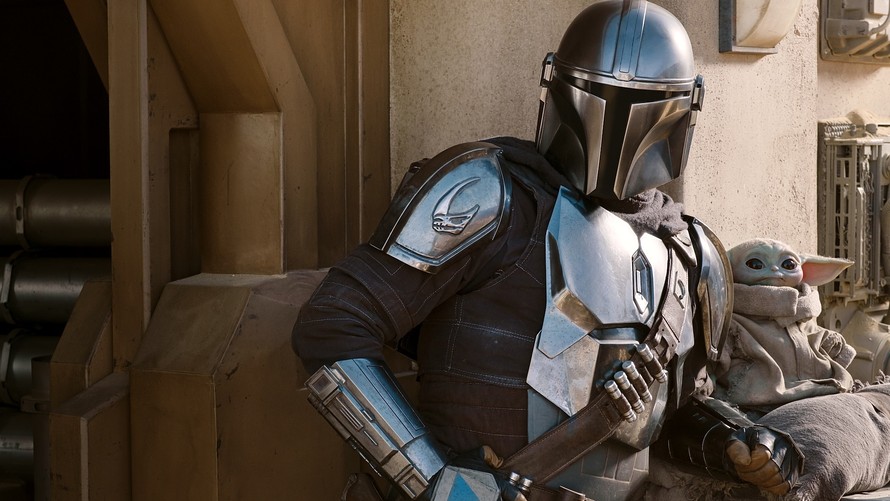 Baby Yoda is coming back.

Disney+ will launch the second season of its flagship series, “The Mandalorian,” on Oct. 30. It’s without a doubt the most anticipated streaming series of the year, and with good reason: In addition to driving tens of thousands of new subscribers to the Walt Disney Co.’s /zigman2/quotes/203410047/composite DIS -2.58%   streaming service, it’s also a whole lot of fun to watch.

But aside than that, there aren’t a lot of compelling new streaming offerings next month, making October perhaps a good time for budget-minded consumers to cut back on their subscriptions.

Consumers can also take advantage of deals for free streaming trials, as Disney+ and Apple TV+ in particular focus on building subscriber bases rather than growing revenue (for now, at least). You’re never going to get a better deal than free, and the offers won’t last forever.

In addition to the new Apple One subscription bundle, for example, you can still get a year of Apple TV+ for free when you purchase a new Apple /zigman2/quotes/202934861/composite AAPL -1.31%   device, and Verizon /zigman2/quotes/204980236/composite VZ +0.07%   offers a free bundle of Disney+, Hulu and ESPN+ for some wireless customers.

Free and bundled possibilities aside, when it’s time to decide where your subscription dollars should go, What’s Worth Streaming is here to help. We rate each major streaming service every month as a “play,” “pause” or “stop,” similar to investment analysts’ ratings of buy, hold and sell, and pick the best content to help you make your monthly decisions.

Here’s a look at what’s coming to the various streaming services in October 2020, and what’s really worth the monthly subscription fee.

Forget Halloween, Disney+ is all about space in October. “The Mandalorian” kicks off its second season at the end of the month, but before that, there’s the reboot of “The Right Stuff” (Oct. 9). The miniseries, made by NatGeo, is based on the classic Tom Wolfe book, which in turn was made into the Oscar-winning 1983 movie. It focuses on the early years of America’s space program, as hotshot test pilots compete to become the Mercury astronauts and push the boundaries of human and technological achievement. The miniseries faces a daunting task: The book and the movie were each nearly perfect, and anything less than that will have to be considered a disappointment.

Season 2 of “The Mandalorian,” however, seems like a sure thing. The “Star Wars” spinoff series, and Disney+’s biggest hit so far, returns on a weekly basis starting Oct. 30. The new season sounds a bit more serialized this time around, as the eponymous bounty hunter (played by Pedro Pascal) and Baby Yoda (sorry Disney, we’re not calling it “The Child”) zip across the galaxy trying to avoid the clutches of the evil Moff Gideon (Giancarlo Esposito). Expect some familiar settings (looks like they make a stop on Tatooine) and new faces (Timothy Olyphant, Rosario Dawson and Termeura Morrison as Boba Fett), as well as the return of some old friends (Carl Weathers and Gina Carano). The first season was a lot of fun, so expect more of the same — the Season 2 trailer looks spectacular. Honestly, “The Mandalorian” is one of the most purely enjoyable, escapist shows out there, and yes, it’s worth signing up for Disney+ just for it.

Those two shows should have Disney breathing a sigh of relief, as the pandemic forced the delay of some of its most anticipated series and movies into 2021, including the new Marvel series “The Falcon and the Winter Soldier.” Another Marvel spinoff series, “WandaVision,” appears to still be on track for release later this year.

Who’s Disney+ for? Families with kids, and hard-core “Star Wars” and Marvel fans. For those not in that group, its library is lacking.

Play, pause or stop? Play. There aren’t many must-see shows anymore. But “The Mandalorian” is one, and it works on enough levels that the whole family can enjoy it. And for that matter, “The Right Stuff” might be as well.

The best thing coming to Netflix /zigman2/quotes/202353025/composite NFLX -0.91%   in October isn’t even a Netflix original. It’s the sixth and final season of “Schitt’s Creek,” the Canadian sitcom that just swept the Emmys. After originally airing on Canadian TV and Pop TV in the U.S. earlier this year, it’ll drop on Netflix Oct. 7, joining the previous five seasons that are already available on Netflix. If you’re late to the game, “Schitt’s Creek” is about a wealthy family who find themselves suddenly broke, and must reinvent themselves in a small town they once bought as a joke. It’s a lighthearted, feel-good comedy that’s well worth checking out.

Another one to watch for is “Rebecca” (Oct. 21), an adaptation of Daphne du Maurier’s classic 1938 novel that was made into an Oscar-winning movie in 1940 by Alfred Hitchcock. Lily James stars as the new wife of a mysterious and wealthy widower (Armie Hammer), who struggles to settle into life at their estate that’s haunted by the memory of his deceased wife, thanks in part to the frightening housekeeper Mrs. Danvers (Kristin Scott Thomas). Much like “The Right Stuff” on Disney+, “Rebecca” has an imposing task to live up to the iconic source material, but the cast is solid and the movies' trailer looks lush and unsettling. It has the potential, at least, to be very good.

Besides those, Netflix will offer up a smattering of Halloween offerings in October, including the ghost story “The Haunting of Bly Manor” (Oct. 9) and the Adam Sandler comedy “Hubie Halloween” (Oct. 7). Be warned: Last year, Sandler warned that if he was snubbed by the Oscars for his legitimately outstanding performance in “Uncut Gems,” he’d make the worst movie ever as revenge. He wasn’t even nominated for an Oscar, so...connect the dots.

Also see: Here’s everything coming to Netflix in October 2020

There are also a handful of new, bingeable shows to get through the next month, including “Emily in Paris” (Oct. 2), a comedy-drama series about a Midwestern girl who hopes to make it big in Paris; “Grand Army” (Oct. 16), a drama about five teens struggling to succeed at Brooklyn’s largest high school; a new batch of “Unsolved Mysteries” (Oct. 19); and new seasons of David Letterman’s interview show “My Next Guest Needs No Introduction” (Oct. 21) and the genial food/travel show “Somebody Feed Phil” (Oct. 30).

And for pure comfort-watching, there’s also the latest season of “The Great British Baking Show,” with new episodes every Friday.

Play, pause or stop? Play. Netflix is still the king of streaming, and October looks like another strong month for new releases, with a little something for everyone.

Amazon’s /zigman2/quotes/210331248/composite AMZN -1.16%   offerings, though, appear a bit weak in October (with one big exception). Among new series, the highlight may very well be “Truth Seekers” (Oct. 30), a supernatural British comedy about ghost hunters. It comes from the creative team of Simon Pegg and Nick Frost (“Shaun of the Dead,” “Hot Fuzz”) which is highly encouraging. The pair have balanced horror and comedy brilliantly in the past (See: “Shaun of the Dead”), and there’s potential here for an entertaining series.

Prime Video will also drop a quartet of chilling movies from horror factory Blumhouse, with “Black Box” and “The Lie” (both Oct. 6) followed by “Evil Eye” and “Nocturne” (both Oct. 13). If you’re into scary movies, they may be worth a watch. “The Lie,” in particular, looks intriguing, mostly due to its impressive cast — Mireille Enos, Peter Saarsgard and Joey King — along with writer/director Veena Sud. But it also debuted at the Toronto Film Festival two years ago, and that kind of delay should give one pause.

Amazon will also roll out a competition series for Twitch videogame streamers — “Chasing the Crown: Dreamers to Streamers” (Oct. 9). Thursday nights starting Oct. 8 will feature NFL football games, and the next two Fridays will see new episodes of the popular (and ultraviolent) superhero satire “The Boys,” which concludes its second season on Oct. 9.

Those looking for a good binge should also check out fourth and final season of “Mr. Robot” (Oct. 6), which aired on cable last year. While some fans were put off by the second season’s twists, the cyber-conspiracy show corrected itself nicely in its last two seasons, concluding on a satisfying note.

Update: In a late-breaking October surprise, Amazon will launch a “Borat” sequel on Oct. 23 — and that could be a very, very big deal (the 2006 Sasha Baron Cohen comedy racked up $262 million worldwide in theaters). The first trailer has dropped, and the sequel looks just as stupid, offensive, cringe-inducing and hilarious as the original. In other words: It’s a must-see.