The market in a minute: The final countdown

Oliver Pursche is the Chief Executive Officer of New York-based Bruderman Brothers, LLC a registered broker/dealer and Bruderman Asset Management, LLC, a registered Investment Advisor overseeing over $1 billion in client assets.He is a member of the Harvard Business Review Advisory Council and a monthly participant in the New York Federal Reserve Bank Business Leaders Survey. As a frequent contributor to CNBC and Fox Business and a regular columnist for Forbes and The Wall Street Journal’s MarketWatch, he is a recognized authority on global affairs and investment policy. He is the author of “Immigrants: The economic force at our door.” 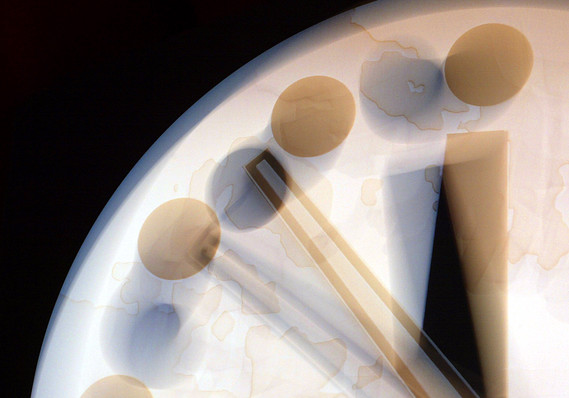 With a week to go before the Presidential Elections investors are fretting over the outcome and what it might mean for markets. Putting aside the possibility that the results might be contested and therefore unknown for several weeks (think back to Bush/Gore in 2000), the real focus for investors should be on economic data, the Fed and the congressional races that might impact fiscal policy over the next two years.

While many would argue that this environment does not exist today, there is a solid case to be made for raising rates at this juncture. The impact of declining energy prices is likely behind us, meaning that this will no longer put downward pressure on inflation, while continued employment growth should translate into higher wages — early signs of which can already be seen in the monthly JOLTS (Job Openings and Labor Turnover Statistics) report. From a historical perspective, the U.S. economy, corporate earnings and stock market returns have all fared well in the early stages of a rising rate environment.

For those worried about a deep or prolonged correction, keep in mind that since 1980, the market — as measured by the S&P 500 /zigman2/quotes/210599714/realtime SPX +0.08%  — has been in negative territory at some point in each year, with an average intra-year drop of just over 14%, all the while ending in positive territory for the year 75% of the time.