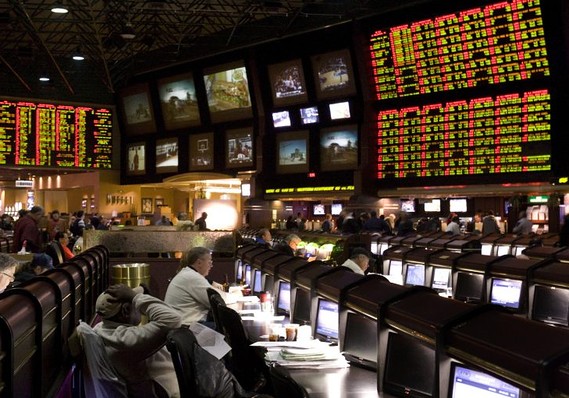 ATLANTIC CITY, N.J. (AP) — America’s major professional sports leagues are split on how to get a piece of the action from legal sports betting after failing to get early adopting states to cut them in.

But they are back in the game this year with several state legislatures considering granting them fees from sports bets.

The National Football League, Major League Baseball, National Basketball Association and the National Hockey League uniformly fought to stop the spread of sports gambling for years, but retrenched in their positions after a key loss — a U.S. Supreme Court ruling last year that granted New Jersey and other states the option to allow wagering.

That shift from the courts to statehouses, Congress and the open market has revealed divisions among the leagues in how to approach the inevitability of expanded legal betting.

Some are lobbying individual states to include a 0.25 percent cut of all sports bets placed in their states. Others are concentrating on making free-market deals with individual gambling companies. Some are doing both those things and others say they don’t want or need payments from sportsbooks.

The U.S. Supreme Court ruled last May that all states are free to legalize sports betting. Eight states currently accept bets with many more expected to follow suit — some soon, others in future years. None of the laws passed in 2018 gave leagues what they’d hoped for.

But at least six states have included fees for the leagues in sports betting bills they are considering this year, with more bills expected.

The NBA, MLB and golf’s PGA Tour began lobbying individual states for direct payments, an idea widely known among legislators and lobbyists as an “integrity fee” but that the leagues prefer to call a royalty. The leagues say they deserve to be reimbursed for costs to make sure their games are free from scandal and manipulation. They also feel that outside companies making money from games should share profits with those organizing the sports.

“It obviously helps the leagues in providing compensation to us for our product,” said Bryan Seeley, a senior vice president of Major League Baseball. “It also helps defray the costs for us for integrity and regulatory costs.”

Those costs include hiring additional people to monitor games and betting activity, training players, referees and other league employees on integrity measures, developing special software and hiring outside consultants, said Dan Spillane, an NBA senior vice president. But neither of those leagues would quantify exactly how much integrity measures are costing them or how much is new spending, given that illegal sports betting has been popular in America for a long time and other countries offer legal wagering on their games.

Seeley said gambling companies need to partner with leagues so both sides have incentives to grow appeal and profitability, he said.

“I can’t think of another industry where a class of people is able to make hundreds of millions of dollars off someone else’s product, put risk on that party, and pay them nothing,” Seeley said. “Some of the revenue that’s going to be made by the gambling companies needs to be shared.”

The NFL — even with the most popular betting sport in the United States — says it never sought such payments.

“Rather, we are focused on game integrity and consumer protection,” NFL spokesman Brian McCarthy said.

The National Hockey League has put most of its energy into reaching direct deals with gambling companies, including gambling giant MGM Resorts International, one of a flurry of deals the leagues made last year. These pacts have included sportsbooks licensing official league data as well as using league and team logos in marketing and advertising.