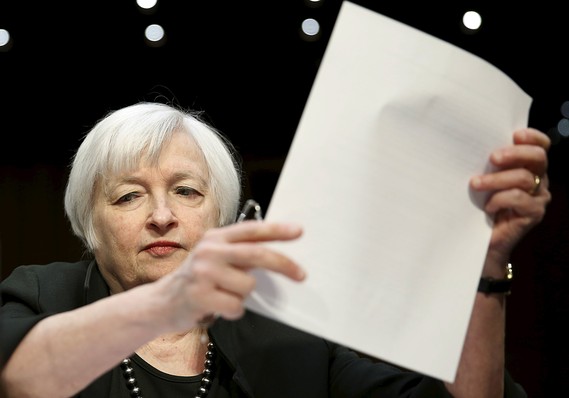 Fed watchers think it boils down to three steps: hike interest rates in December, hit the pause button in January and then react to what develops — which would set the stage for another increase as early as March 16.

The first step is a bit of a no-brainer now. Economists widely expect the Fed to announce an increase in the target range for fed funds rate to 0.25% to 0.5% from zero to 0.25%.

“The Fed’s criteria for ending zero interest rate policy and raising the federal funds rate for the first time since July 2006 appear to be satisfied,” said Robert Dye, chief economist for Comerica Bank.

Asked about how policy proceeds after December, Fed officials have variously described the likely pace as “gradual”, “shallow”, “slow”, “halting” and even “crawling,” noted economists at Goldman Sachs.

Fed officials have stressed they don’t want to move in a “mechanical” way with the same size rate hike every meeting as was the case in the prior tightening phase.

And no one knows how that will play out. Many economists think a soaring dollar would stop Fed officials in their tracks. A stronger dollar could amplify weakness in the ailing manufacturing and oil-producing sectors.

“We have heard assumptions that range from the market shrugs to global financial markets fall apart, even the thought that a rate hike will spur stronger growth,” said Ellen Zentner, chief U.S. economist at Morgan Stanley, who expects the Fed to pause until June.

Some Fed officials have doubted publicly that there will be a further appreciation of the dollar noting the divergence of policy between the Fed and the European Central Bank is now largely priced into the market.

With no clear formula, Jim O’Sullivan, chief economist at High Frequency Economics, thinks investors would be wise to focus on the Fed’s own forecast.

The U.S. central bank is now forecasting the unemployment rate will edge lower to 4.8% by the end of 2016 while the inflation rate picks up to 1.7%.

This would be accompanied by 100 basis points of tightening, on top of December’s initial move, O’Sullivan said.

The Fed would go faster if unemployment keeps dropping below the U.S. central bank’s forecast or, conversely, go slower if inflation lags, he said.

Capital Economics thinks stronger inflation will force the Fed to abandon its gradualist approach, with the fed funds rate rising to nearly 2% by the end of 2016.

Jan Hatzius, the influential chief economist at Goldman Sachs, thinks the Fed will hike once per quarter.

The Fed’s statement may not provide many clues, economists said.

The U.S. central bank is likely to repeat something it has said all year, that it “currently anticipates that, even after employment and inflation are near mandate-consistent levels, economic conditions may, for some time, warrant keeping the target federal funds rate below levels the Committee views as normal in the longer run.”