The office isn’t dead yet, even if remote work keeps rising, says Moody’s 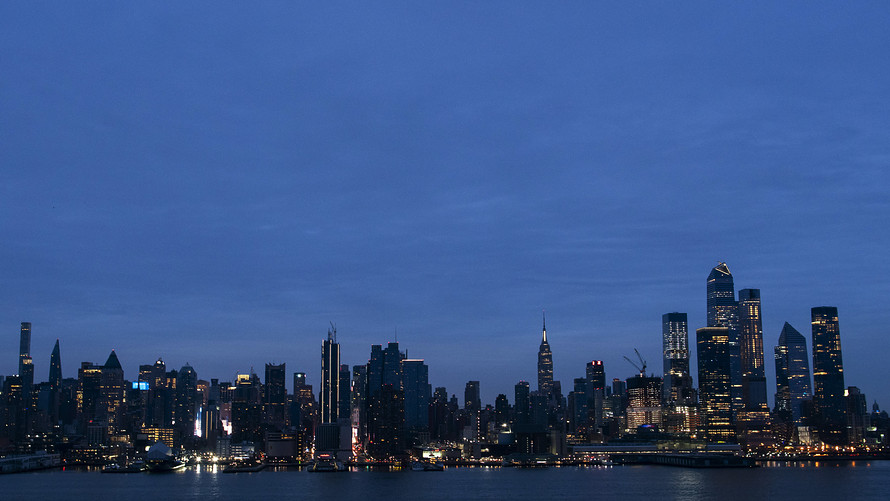 Office space in big cities might face a reckoning from the coronavirus, but it won’t happen overnight.

That’s because while U.S. urban areas were particularly hard-hit by the pandemic early on, even buildings that are sitting largely vacant now typically have long-term leases in place that put tenants on the hook for rent over roughly a decade.

Building owners often also have 10-year fixed-rate mortgages, which over the past decade have been set at historically low rates, giving property owners more wiggle room to sort through the shocks of COVID-19.

Those are key takeaways of a new report from credit-rating firm Moody’s Investors Service on the future of U.S. office space as a result of the pandemic, which sparked an abrupt need by many companies to set up their employees for remote work.

In short: The modern office isn’t “dead” yet.

But Moody’s does see “heightened risks more in major urban markets,” and in the unlikely event of “sea changes” in behavior by companies looking to eventually shed office space, “a meaningful credit impact” could occur, wrote a team led by senior credit officer Kevin Fagan, in a report released late Thursday.

The team’s finding were based on a swath of factors, including coronavirus cases in major cities and how easily staff in those cities can work remotely. The team also combed through data on office asking rents, lease terms and financing details in billions of dollars’ worth of office loans bundled into commercial mortgage-backed securities (CMBS) deals that Moody’s rates.

After all, the pandemic may have quickly upended daily life, but commercial real estate is built and financed with decades in mind.

Read : Want a slice of the new Manhattan skyline? There are bonds for that

To that end, offices not only have became a “second home” for many American workers, but also a significant source of income for bond funds, pension funds and insurance companies looking for steady investments. Office debt now accounts for about 27% — the largest chunk — of commercial property loans in the $548 billion CMBS market, a key source of financing for office buildings, retail properties, hotels and other commercial buildings for decades.

Not all of the CMBS office financing went to trophy towers in major U.S. cities, long viewed as jewels of investment portfolios. But Moody’s traced 60% to buildings in six major metro areas, where both asking rents and COVID-19 cases have been running higher.

“These high-density markets also have the greatest perceived health risk if concerns over the pandemic linger post-coronavirus,” Fagan’s team wrote.

Even so, this chart shows that 37% of larger office leases won’t start to expire until the next four to eight years, while the biggest chunk, 43%, happens even further out, suggesting that landlords have time to adjust to the future of work.

A caveat is that the chart assumes existing office leases will remain unaltered, even through more tenants are starting to battle their landlords over rent as a result of the coronavirus crisis, which first bore down on New York City in March, but now has parts of Arizona, California, Florida and Texas battling a surge in new infections.

The rise in new U.S. cases, which have already topped 3 million, led Michael Osterholm, head of the Center for Infectious Disease Research and Policy at the University of Minnesota, this week to call for shutdowns again and for reopenings only to happen in a slow, measured way.

Dr. Anthony Fauci said Thursday that the U.S. isn’t doing great at containing the spread of COVID-19, but stopped short of saying parts of the country need to shut down again. Stock investors have been keeping close watch on rising infections too, with the Dow Jones Industrial Average (DOW:DJIA)  shedding 360 points Thursday, while the tech-heavy Nasdaq Composite Index (AMERICAN:COMP) , viewed as benefiting from the “work from home” trade, set a fresh closing record.

Meanwhile, pockets of distress already can be seen in lodging properties, where 22% of loans in CMBS deals were delinquent as of June, followed by 17% for retail properties but only 2.2% for office buildings, according to S&P Global Ratings.

When might distress hit offices? The Moody’s report underscored that the working-from-home trend already was gathering steam before COVID-19. That said, office buildings could face a significant test when a burst of expiring leases starts to coincide with the decade’s biggest wave of maturing office loans in CMBS deals. Moody’s pegged 2024 as the start of that wave, when more than $12 billion in loans will come due each year through 2027.

“The looming question,” Fagan’s team wrote, “is how much of this shift to remote working practices will remain once the lockdowns have lifted and companies can safely return to the office.”

Related : Here’s a snapshot of what Wall Street’s coronavirus protocols look like for returning to work