Loan officers are human and prone to making big mistakes 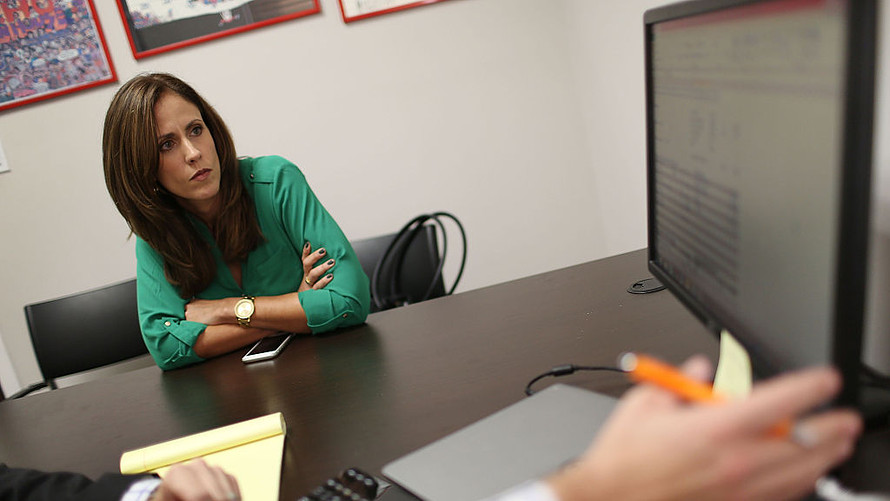 Joe Raedle/Getty Images
She may have good reason to look shocked. Loan officers are more likely to make bad decisions when they’re distracted.

Lending mistakes? Loan officers have made a few. Actually, quite a lot.

Researchers at the Massachusetts Institute of Technology (MIT) Sloan School of Management, Harvard Business School and the University of Southern California published a report this month examining the mistakes loan officers sometimes make when deciding which borrowers should receive a loan.

They looked at “soft” information that lenders gathered on about 32,000 prospective borrowers at a large credit union in the U.S. “The use of soft information has yet to be explored in the private lending setting,” the report found. This kind of information includes the prospective borrower’s hobbies, work and even their family life. The researchers found several factors that can lead to bad lending decisions. And, perhaps unsurprisingly, these decisions often result in loans the customer later defaults on.

When consumers receive loans they can’t pay off, it can ruin their finances and credit score, making it more difficult for them to find sources of reasonably-priced credit in the future. And it doesn’t seem prospective borrowers are doing much research about where they’re getting their loans: More than half of consumers did not compare offers when getting a loan, a 2016 survey by the consulting firm Bain & Co. found.

The latest study revealed some surprising reasons why consumers should not always take the first offer as the last. One of the most common reasons for loan officers making bad loan decisions? Officers who were distracted before a weekend or near a holiday, which sometimes led to a rushed loan decision. The borrowers could either be given a bigger loan than they could afford or even be declined. The researchers also found that officers who previously worked in sales were more likely than those without that background to lend to borrowers who later defaulted, had a delinquent balance or saw a drop in his or her credit score.

Another error: Male officers lending to male borrowers saw slightly worse outcomes than when both parties were of different genders or were both women. Men weren’t actually shown to be discriminating against female borrowers, but one theory could be that men were more likely to lend to other men, perhaps more money than they could afford.

There was an upside to using such subjective “soft information” to either approve or decline loans. The researchers also found that officers who worked during credit downturns actually became better at finding clues about a person’s ability to repay a loan and interpreting “soft information” about borrowers and were able to make better lending decisions. In fact, the report does not indicate that using “soft information” to determine creditworthiness is a bad idea. In reality, meeting with prospective borrowers face-to-face has been proven in previous studies to have better credit outcomes than completely automating the process.

One of the study’s authors, Maria Loumioti, a visiting professor at MIT who studies banking and finance, said banks and other lenders who rely on “soft information” should look at their incentive systems and try to create checks that mitigate the probability of issuing bad loans. “In a nutshell, we’re proposing that one reason for bad loans is because loan officers are humans,” she said. “You make mistakes.”