The reflation trade is back on 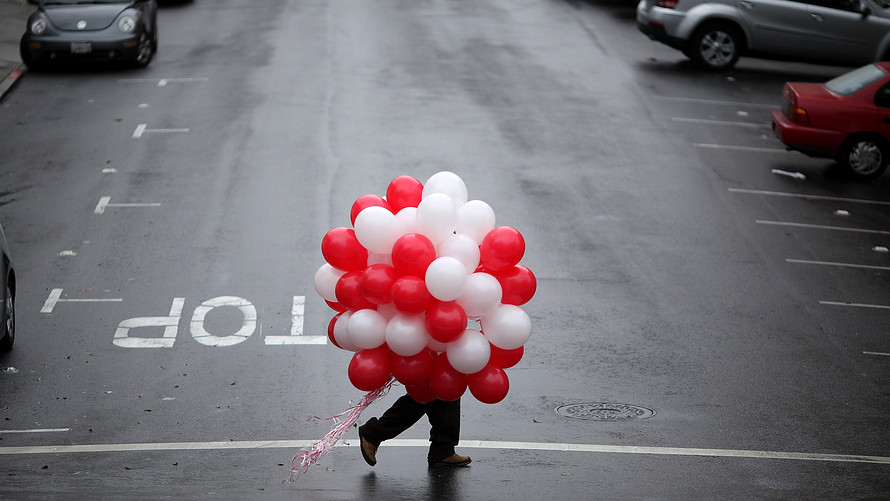 U.S. government bonds suffered their sharpest selloff since mid-December on Wednesday as yields probed their highest levels in more than two weeks. The selloff was triggered by a bevy of strong inflation data, and commentary from Federal Reserve Chairwoman Janet Yellen who seemed to suggest on Tuesday that a March interest-rate hike remains on the table.

Read: Inflation is really booming on this one chart

Yellen, who made her remarks during testimony before the Senate Banking Committee, said waiting too long to raise interest rates would be “unwise,” triggering a rise in yields as investors recalibrated their expectations for the timing of what would be the Fed’s third rate increase since the financial crisis. To be sure, the Fed funds futures market, used by investors to place bets on the direction of monetary policy, is presently putting the odds of a March hike only at 22%.

Read : Yellen may have offered the clearest explanation for the stock market’s record run

But there appears to be a disconnect across asset markets in terms of their willingness to price in the purportedly inflationary fiscal policies that President Donald Trump promised during the campaign. To date, he has been reluctant to release concrete details, and many doubt that some of these measures, particularly a massive infrastructure spending bill, will make it through Congress.

“Who has the most faith in the reflation trade? Well, it’s equities first, dollar second and the bond market bringing up the read,” said George Goncalves, head of fixed-income strategy at Nomura.

U.S. stocks have sailed past a series of record highs since the beginning of the year. Meanwhile, the dollar has weakened and Treasury yields have remained more or less mired within a 30-basis-point range that’s persisted since shortly after Trump’s Nov. 8 electoral victory.

Companies in the S&P 500 are on track to post their second straight quarter of earnings growth, Luschini said. And the rate of growth is on track to accelerate to about 5% in the fourth quarter, up from 3% in the third.

The outlook for Treasurys is somewhat less sanguine. China and Japan, two of the largest holders, have been selling. But despite this, the comparatively higher yields on U.S. debt continue to entice foreign buyers, Luschini said.

Treasurys are more susceptible to short-covering rallies because investors who short Treasurys must also compensate their brokers for the lost interest payments, Goncalves said, which could explain last week’s sharp rally, when Treasury yields recorded their longest streak of declines since the U.K. voted to leave the European Union. Prices and yields move inversely.

Investors are still waiting for more details about Trump’s economic policies. Without them, Yellen has warned, the Fed’s economic outlooks will continue to be fraught with uncertainty.

Earlier this month, a weaker-than-expected reading on average hourly wage growth, released as part of the Labor Department’s monthly jobs report, raised doubts about whether inflation would live up to investors’ heightened expectations.

But data released more recently suggests that this has indeed been the case.

Over the past week, readings on wholesale and consumer-price inflation, as well as a survey of consumers’ long-term inflation expectations, suggest that inflation remains on track to overshoot the Fed’s 2% target.

While these data would appear to suggest that a March rate hike remains probable, many on Wall Street remain skeptical. It’s been years since inflation showed as much promise as it does now, and Fed officials have said they’d like to see the recent move higher be sustained before they raise interest rates accordingly.

“We’ve been waiting for many months, if not a couple of years, for inflation to reach the Fed’s target. Now we’re here, but it’s not time to panic yet,” said Craig Bishop, adding that the inflation target is more of a threshold than a trigger.

“Hitting 2% doesn’t mean that 3% is right around the corner,” he said.

Joseph Adinolfi is a markets reporter based in New York City.