The U.S. economy may be overwhelmingly dependent on the services sector, but the stock market is not 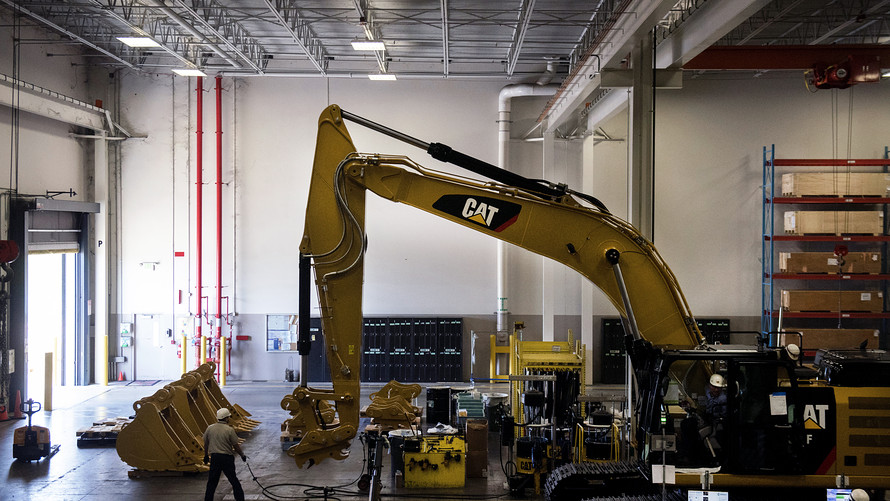 Bloomberg News/Landov
Caterpillar Inc. is one of the most visible manufacturers in the S&P 500

The stock market is not the economy.

Investors would be wise to keep this maxim in mind, given that stocks can broadly rise in value even during periods of economic weakness, while corporate earnings can suffer while economic growth remains healthy. This divergence could be coming into play as U.S. corporations deal with the effects of rising import tariffs on trade between U.S. and China, according to a Wednesday analysis by Goldman Sachs Investment Research. 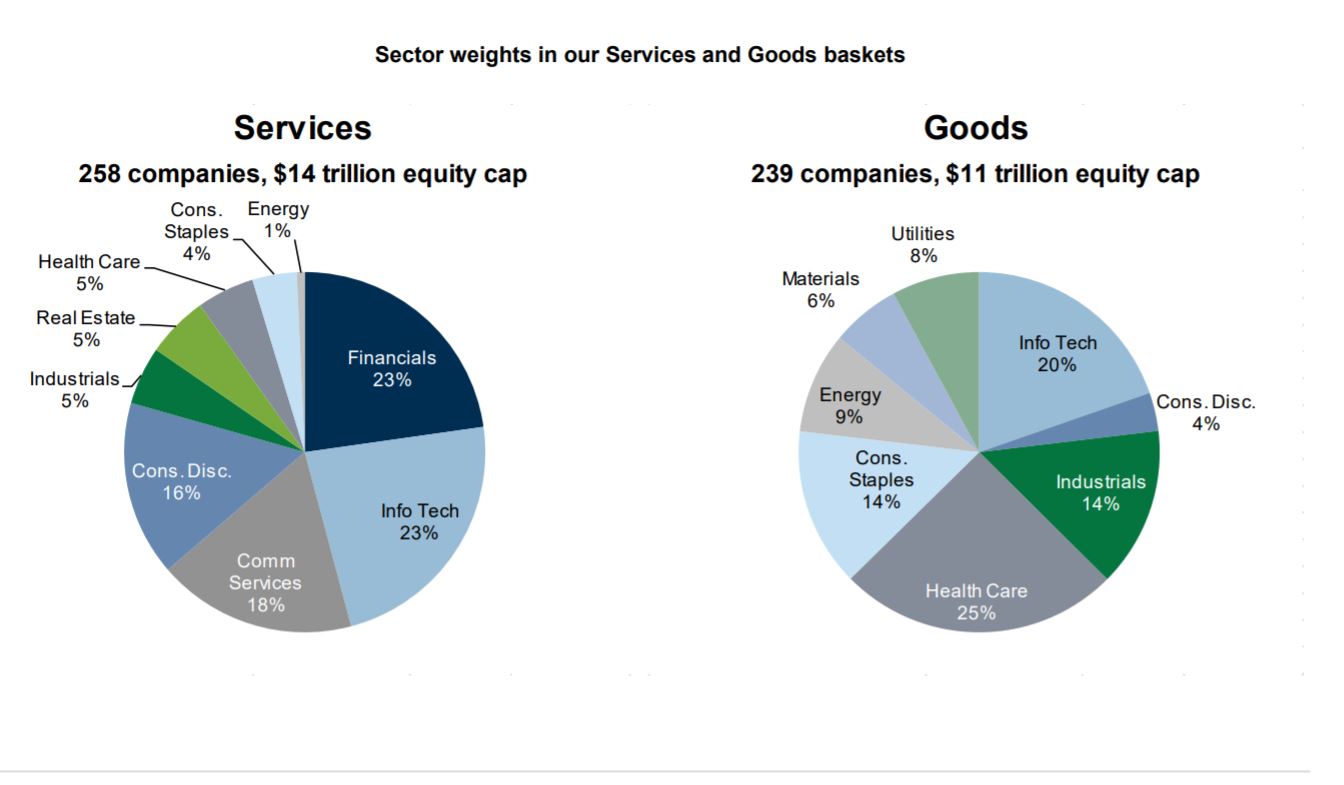 The gross output of manufactured gods comprised just 29.3% of U.S. GDP in 2018, but goods-producing firms make up 44% of the S&P 500 index /zigman2/quotes/210599714/realtime SPX +0.48%  market capitalization, according to Goldman. These firms have underperformed relative to services firms since January of 2018, when the Trump administration launched its “Section 301” investigation of Chinese trade practices, which has been used to justify broad-based tariffs on Chinese imports.

So far, the overall U.S. economy has shown resilience in the face of new trade barriers. GDP has advanced 3.1% in the first quarter and 2% in the second, a bit slower pace than the 2.9% growth seen last year, but in line with the 2017 expansion. Meanwhile, the labor market continues to create more than enough jobs to keep up with population growth and consumer spending remains strong.

The stock market, however, has performed less impressively over the past 20 months, up about 3.7% from its January 2018 high, and there’s reason to believe trade concerns share the blame for some of this, given the outperformance of services stocks during that period. 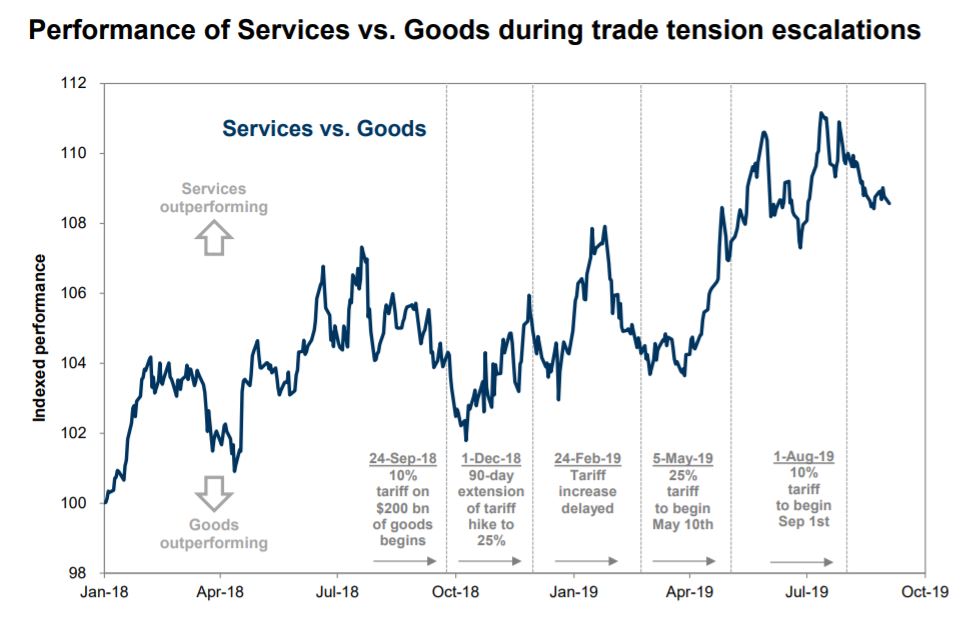 Torsten Slok, chief economist at Deutsche Bank Securities, expressed concern rising tariffs may impact the corporate sector, with slowing capital investment ranking as the number one concern. He predicted it will continue worsen in coming months given the steady rise in tariff rates and the breadth of goods covered, as well as survey data showing businesses slowing their hiring plans. “We are continuously escalating [tariffs] and coming to a level where the intensity of the trade war has become worrying,” he said in a Tuesday analysis. 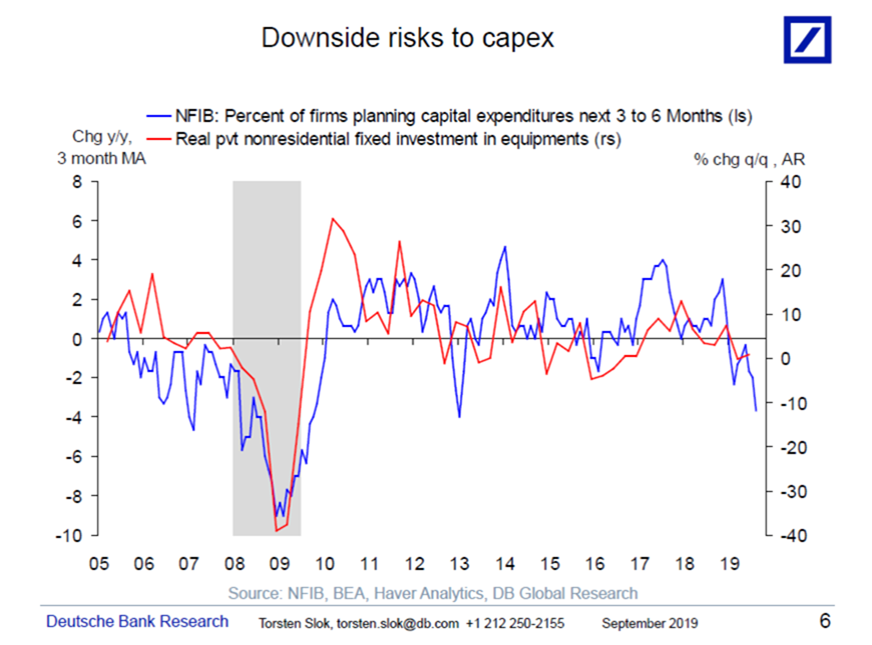 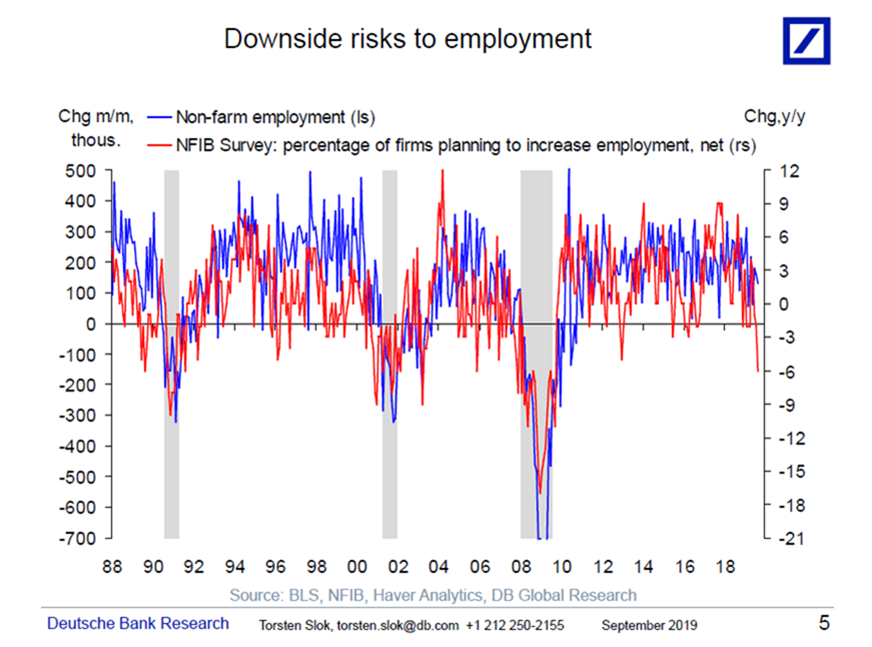