Auto-loan balances in the U.S. overall hit a record-high $1.28 trillion last year, but income is keeping up 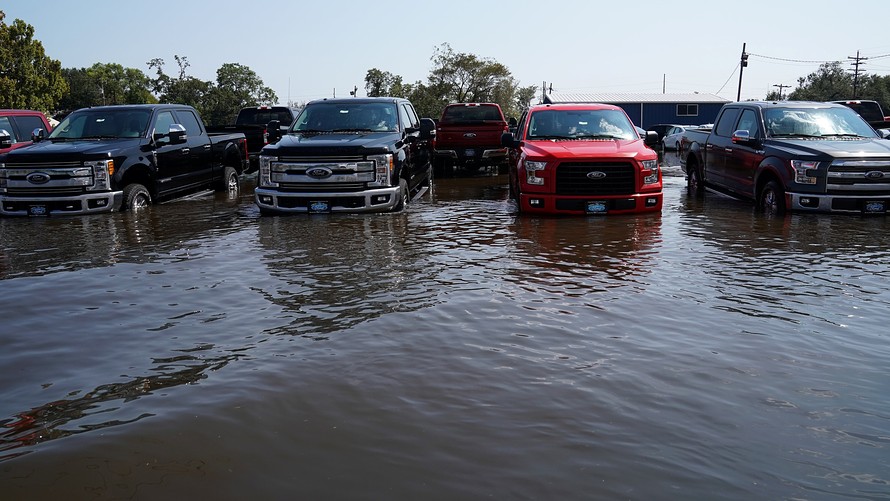 Everything’s bigger in Texas, including the average size of the Lone Star state’s car and truck loans.

In fact, southern states lead those with the heaviest auto-debt burden, claiming four of the top five spots and led by Texas at an average balance of $6,700.

The northeastern U.S., plus Michigan, tend to carry the lowest auto-debt balances, led by the District of Columbia at an average of $3,000.

Here’s a look at the most-indebted states, at least when it comes to vehicles, via How Much, which used 2018 data for the map. Darker purple indicates greater debt. 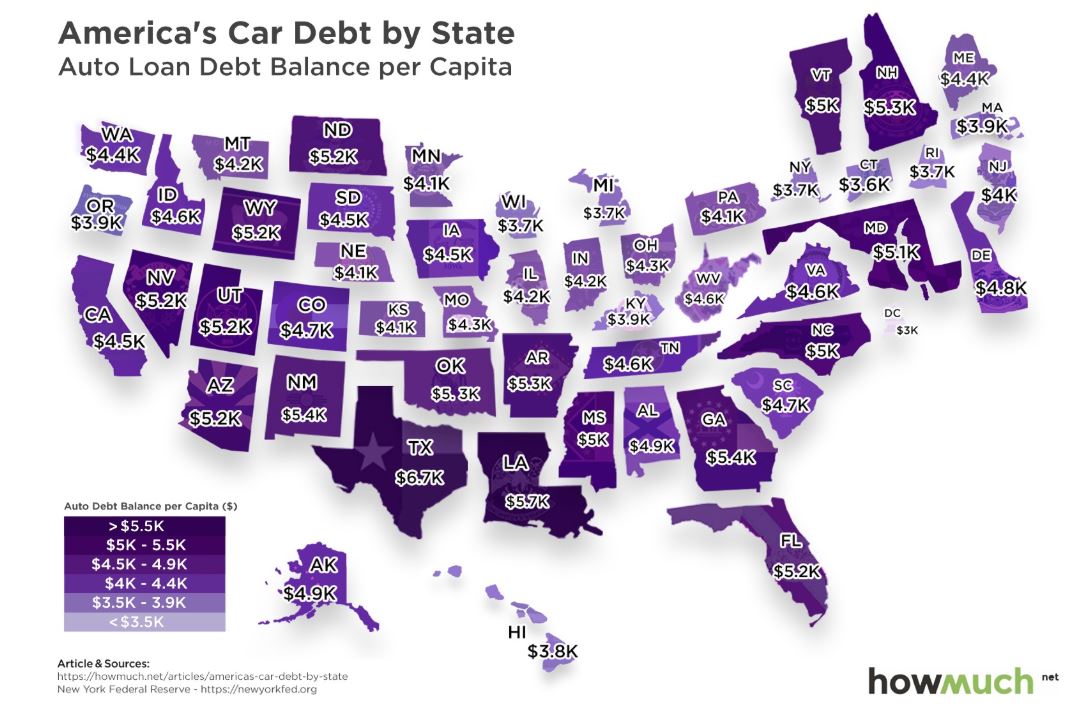 Auto-loan vulnerabilities are coming under increased scrutiny as the economic expansion ages. Long-running low interest rates, and the chance that the Federal Reserve will cut rates again soon, leaves many watching for risky bubbles.

In fact, 2018 marked the highest debt levels in the 19-year history of auto loan-origination data, with $584 billion in new auto loans and leases appearing on credit reports, according to economists at the New York Fed . That was up in nominal terms from 2017’s $569 billion. New loans primarily went to borrowers with the strongest credit ratings, however.

Read: Struggling with car payments? Take these steps before you get into trouble

Credit experts are quick to remind that the auto-loan market is far from the powder keg that the overly leveraged mortgage market was when the globe plunged into a financial crisis a decade ago. Housing foreclosures can stain whole neighborhoods and seize up bank lending; auto loan delinquencies just don’t have that reach, in part because it’s much easier to off load repossessed cars than houses.

Still, the numbers can’t entirely be ignored. They do reflect households at risk of increasing strain and they may limit borrowing availability to borrowers down the road.

For now, a strong job market for most Americans means that credit growth has not raised red flags for federal regulators. That point was made in the New York Fed’s look at household debt and credit from the first quarter of 2019.

Household borrowing, including car loans, “remains modest relative to income, and the debt growth is concentrated among borrowers with high credit scores,” the Fed said, in a recent report to Congress.

Opinion: The road to riches is this simple: Drive a crappy car