The stock market blew its biggest lead since February 2016

Nasdaq Composite had been on track to log its 22nd record for 2017, until it completed a nearly 180-degree turn 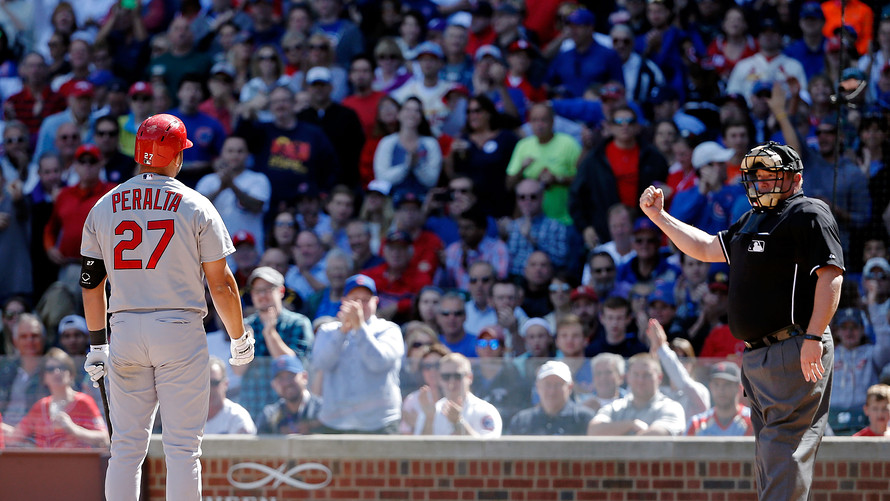 Getty Images
And you’re out!!

What a whiff! After staging what was shaping up to be a healthy stock-market surge, equity-index benchmarks buckled Wednesday, ending squarely in the red and registering their worst reversal since February 2016.

The Dow Jones Industrial Average /zigman2/quotes/210598065/realtime DJIA +0.45% , which briefly boasted a nearly 200-point gain, up 1%, erased all those gains—and then some—to end down 0.2% at 20,648.15. According to Dow Jones data, that reversal marked the largest blown lead for the market since Feb. 10, 2016 (see chart below which shows the day’s action, with the red line representing Tuesday’s close). 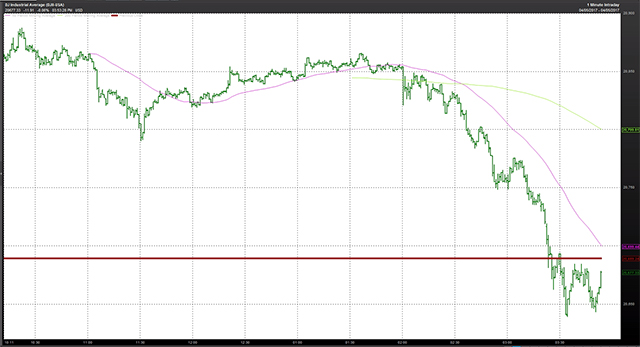 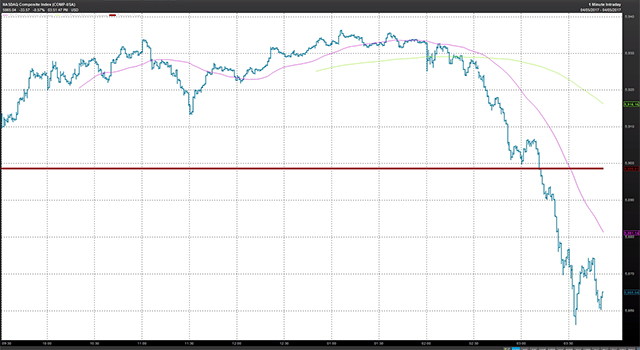 What went so wrong, so fast after a better-than-expected reading of private-sector payrolls fueled early gains?

It’s hard to precisely pinpoint the cause but there are a number of factors that may have proved too much for those who wager on equities climbing ever higher and scoring fresh records.

Here are a few possible contributors:

With Wednesday’s startling reverse, the S&P 500 and the Dow are perilously close to finishing below their 50-day moving averages for the first time in months. Chart watchers follow moving averages to determine bullish and bearish momentum in an asset. For both benchmarks, falling below its short-term average may signal that the bulls, who had grown euphoric over Trump’s policies to push forward pro-growth policies, have lost a battle with bears, who see stock valuations getting too rich.

Check out : How you’ll know if the stock-market bulls remain in control—in one chart