The ‘towns are rolling up on us,’ warns Land O’Lakes CEO of rural America at annual Fed summit

Investing in our own food supply is probably a good idea, exec says 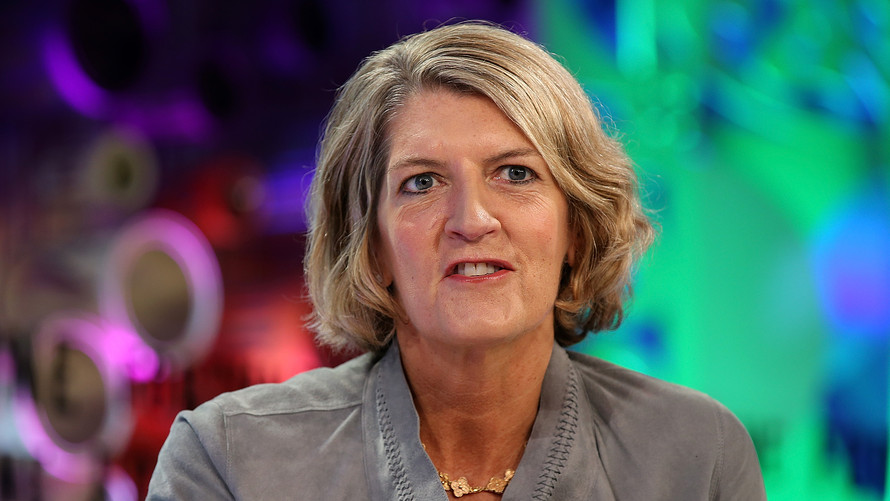 That was the key message from Beth Ford, president and CEO of Land O’Lakes, Inc., while speaking Thursday at the Federal Reserve Bank of Minneapolis’ annual economic outlook conference for the Ninth District.

“Farmers want trade. They want a robust marketplace and they want to compete,” said Ford. “But the reality is we are in a disrupted environment through trade tariffs and other things.”

Ford, the conference’s keynote speaker, stressed that rural communities are reeling, and not only from the Trump administration’s two-year trade war with China, which has left soybean farmers without a buyer for more than 60% of their exports for years, but also from decades of neglect.

She pointed to a shortage of doctors , one in four rural children living in poverty and up to 24 million people without access to broadband as pressing rural issues.

“This is a security issue, for the nation, I believe,” Ford said. “Investing in agriculture, our own food supply, is probably a good idea.”

Land O’Lakes is a Minnesota-based member-owned cooperative and one of the nation’s largest agribusiness and food companies. Along with farm country’s fortunes, its earnings have slumped to $255 million in 2018 from $365 million in 2017.

Fallout from the trade war has hit America’s farms hard, with bankruptcies soaring nationally in September to their highest level since 2011, even as the stock market has punched higher on optimism about a limited U.S.-China trade pact, including on Friday when stocks extended a push into record territory and the Dow Jones Industrial Average /zigman2/quotes/210598065/realtime DJIA +1.85% briefly topped a 29,000 milestone.

But severe weather has compounded problems in agriculture-heavy parts of the Fed’s Ninth District , which covers Montana, North Dakota, South Dakota, Minnesota, northwestern Wisconsin and the Upper Peninsula of Michigan, including an early frost that has made it difficult to gauge 2019 crop yields.

“We haven’t been able to get a good number,” Ford said of the harvest, due to the frost and a propane shortage that meant “a lot didn’t get out of the field.”

Meanwhile, Ford pointed out that farm incomes are projected to rise for 2019, but with the increase largely driven by an 64% spike in government payments. 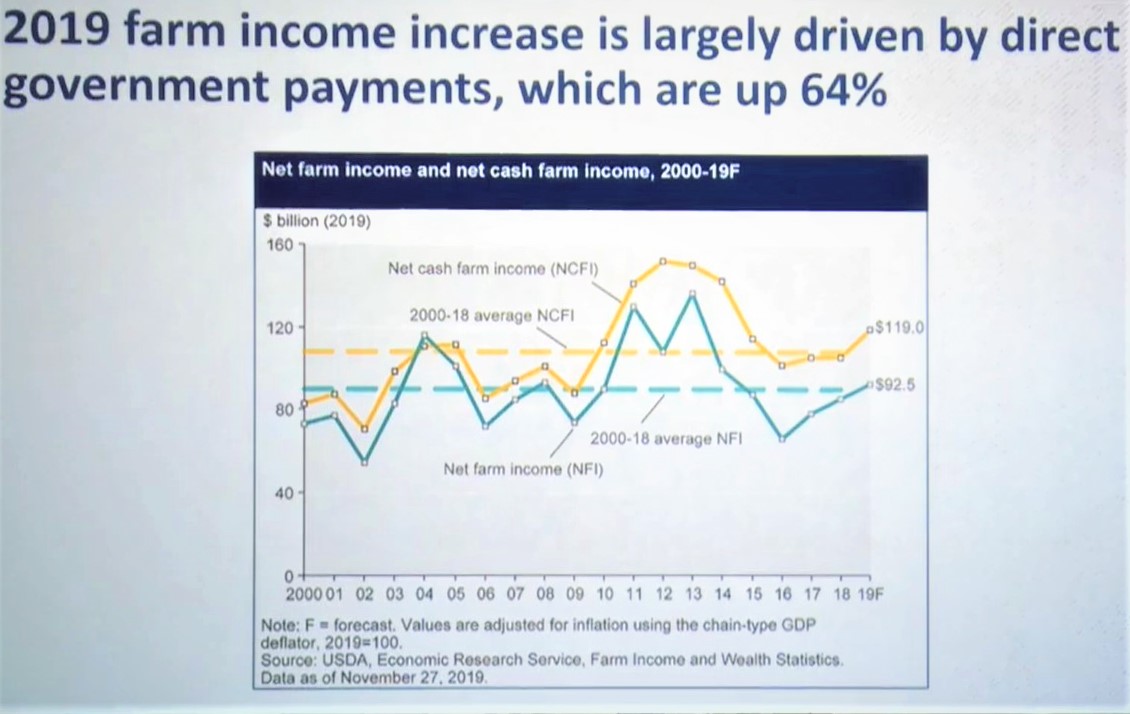 Ford said growing farm aid , intended to offset poor harvests and the impact of the trade war, has led some to ask: Are farmers looking for handouts?

“I know of no farmers [who] want that,” she told conference attendees. “They want trade. They want a robust marketplace and they want to compete.”

But to be competitive, Ford said farmers need trading partners and an investment akin to the 1930s rural electrification project , which brought electricity to farms that previously were 90% without power.

“If we don’t do that in the next number of years, we will lose rural America,” she said. “The towns are rolling up on us. That is the truth.”

The Fed conference came ahead of a planned visit next week by China’s top trade negotiator to Washington to sign the first phase of a trade deal. President Donald Trump said Wednesday he wants to start talks “right away,” on a second leg of that deal, but that he’d also like to wait until after the U.S. presidential election to sign it.

Ford, who took the helm of Land O’Lakes in August 2018, said she is waiting to hear more about the details of any trade agreement, but also cautioned that it won’t be easy for U.S. farmers to win back market share from Brazil and other exporters that made inroads selling their farm products to China in the past two years .

“When you lose a customer, it is hard to get the customer back,” Ford said, adding that it’s not only soybeans worrying U.S. farmers, but also dairy and other crops.

Check out : Why farm bankruptcies have climbed, even with milk and cheese prices up 40% this year