The trade war is over — and the winner is China, writes Howard Gold

Trump-Xi agreement shows the president won’t go to the wall to fundamentally change the U.S.’s trade relationship with China 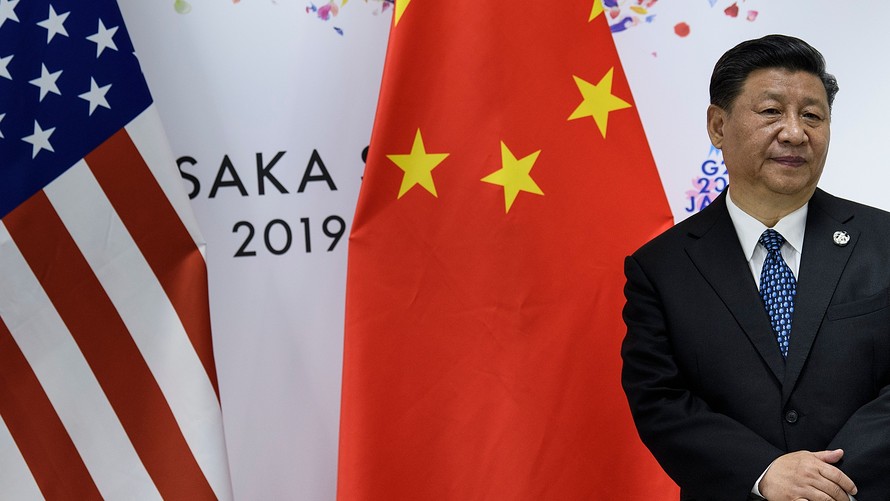 The great U.S.-China trade war is all over but the shouting.

In a meeting on the sidelines of the G-20 summit in Osaka, Japan, President Donald Trump and Chinese President Xi Jinping agreed to resume trade talks that had broken down in May.

Trump will lift some restrictions on Huawei Technologies Co. Ltd.’s ability to do business with U.S. companies and will postpone tariffs he threatened to impose on an additional $300 billion annually in Chinese imports. In exchange, Xi agreed China will buy more U.S. agricultural products. Details will be spelled out later.

This deal — the second time President Trump gave in to China’s demands and ended restrictions on a major Chinese technology company that had been accused of threatening U.S. national interests — effectively marks the end of Trump’s trade war with China.

Why? Because it shows the president won’t go to the wall to fundamentally change the U.S.’s trade relationship with the world’s second-biggest economy. The Chinese president has clearly calculated his American counterpart is unwilling to do anything that would threaten his support among key constituencies, like farmers, as the 2020 election looms. (President Trump also has backed down big time from his bellicose talk on North Korea and now appears ready to tacitly accept Pyongyang as a nuclear power.)

That means, I believe, that the current tariffs will continue but no new ones will be imposed. China will buy more U.S. agricultural products — although some U.S. farmers will find other countries already have muscled them out of the Chinese market. We may well see a bigger deal in coming months, which the Dealmaker-in-Chief will undoubtedly proclaim a great victory, cheered on by his hard-core supporters

But China will not rein in its state-owned enterprises. It will not curtail its Made in China 2025 initiatives in cutting-edge technologies like robotics, electric vehicles and artificial intelligence . Global supply chains will remain largely intact and thousands of manufacturing jobs will not flow back to U.S. shores. China under President for Life Xi will continue to become the most advanced surveillance state the world has ever seen , and it will keep hundreds of thousands of Uighur Muslims from Xinjiang in “ re-education ” camps for as long as it wishes.

Wall Street has long expected a truce in which the U.S. agreed not to add new tariffs to the $250 billion a year on which it now imposes a 25% levy, but the big concessions on Huawei were clearly not in the market. That should give this bull market a new shot of adrenaline. I expect the S&P 500 index /zigman2/quotes/210599714/realtime SPX +0.61%   and Dow Jones Industrial Average /zigman2/quotes/210598065/realtime DJIA +0.67%   (which opened with big gains Monday morning) to continue to hit new highs in coming weeks.

Trump’s big concessions to Xi pleased powerful interests hurt by the tariffs. The heads of the National Retail Federation and Semiconductor Industry Association both praised the new cease-fire . ”Trump said he made the decision to allow Huawei to buy U.S. products at the request of American ‘high tech companies ,’” CNBC reported.

“To be blunt about it, I think the Chinese will see the United States as having blinked a bit,” former Australian Prime Minister Kevin Rudd told CNBC’s “Squawk Box” Monday morning. “I think the takeout message from Osaka will be…President Trump really wants a deal,” the China expert and fluent Mandarin speaker concluded.

National security officials from several countries have long warned of Huawei’s deep ties to China’s People’s Liberation Army and its critical role in building next-generation 5G wireless technology, which could become the backbone of the global information economy in the 21st century. Administration officials scrambled to assure everyone that Huawei will still be barred from any activities that imperil national security.

Meanwhile, Huawei’s CFO, Meng Wanzhou, the daughter of company founder Ren Zhengfei, is fighting extradition from Canada to the U.S. on fraud charges. The U.S. government alleges she helped trick financial institutions into violating U.S. sanctions against Iran . Huawei has denied the allegations. If the charges against her are dropped, that will only make President Trump’s capitulation official.

But we don’t have to wait that long. We’ve had two cave-ins on major Chinese companies in one year. We don’t need an umpire to call strike three to declare this ballgame is over.