The Trump era could wind up like the 1930s 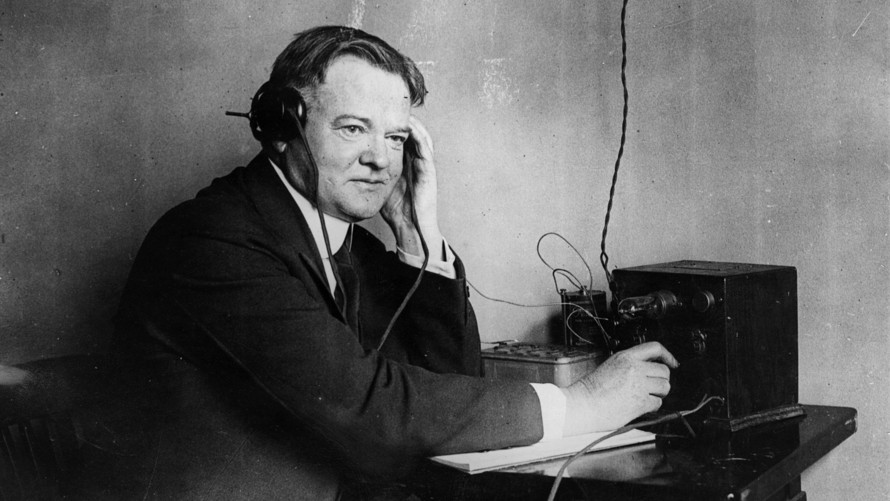 After nearly a decade of good times, things, all of a sudden, looked wobbly. The stock market fell sharply. The president—a wealthy man who had never been elected to office before, but was very sure of himself, thank you very much— reassured Americans that all was well and the future bright.

Even so, the president thought one thing was needed to make things better: tariffs on America’s trade partners. Many economists and lawmakers argued against this, saying it would hurt trade, kill jobs and slow, if not contract, the economy. The president dismissed their reasoning, and into place the tariffs went.

As economic uncertainty mounted, many investors moved into gold, which was perceived as a safe haven (so much so that the Treasury feared it might run out of bullion ).

And even though the economy had previously been good, many Americans feared immigrants were coming to take their jobs and sought to keep them out. Sure, Europeans were generally OK, particularly if they were from places like Norway, Sweden and Germany—in other words, if they looked “American.” The mood towards others was far less hospitable, and efforts were made to bar entire ethnic groups.

More ominously, the anti-immigrant mood dovetailed with a resurgence by white supremacist groups like the Ku Klux Klan, which widened its hateful, racist agenda to include (along with blacks, of course) Jews and Catholics. Elites—well-educated Americans who lived in urban areas—were also despised. Klan membership soared to an estimated 2.5% to 6.5% of the population. Think about that. If that was today, that would mean some 21 million Americans in the KKK.

In short, it was a hateful, divisive, dangerous time—even though the economy had been good.

If the past is prologue, then the situation that President Trump finds himself in—and our country finds itself in—increasingly resembles what we’ve seen before. Don’t get me wrong: This isn’t 1929. But there are worrisome signs. Hate crimes are on the rise: The FBI reported 7,175 hate crimes in 2017—a 17% jump from 2016. Among a sizable minority of Americans, there’s an anti-immigrant frenzy, the likes of which hasn’t been seen in this country since the 1920s. Emma Lazarus’s poem on the Statue of Liberty—“Give me your tired, your poor, your huddled masses yearning to breathe free”—that was just meant for Europeans, the White House now claims. It’s another reminder, and a dangerous one, that history can be whitewashed for the ignorant.

We’re told that the economy is the best it’s ever been—yet we tremble in fear at a new batch of huddled masses coming to pick our crops and change our hotel sheets. What the fearful don’t realize is that immigrants, both legal and otherwise, pay taxes, commit fewer crimes, and start far more businesses than native borns. Many—like from Nigeria, one of Trump’s so-called “shithole” countries—even tend to be far better educated than native borns.

We’re told that the economy is the best it’s ever been. Yet stocks have cooled: the S&P 500 /zigman2/quotes/210599714/realtime SPX +0.47%  stands where it did in January 2018. The economy is growing, but it’s slowing rapidly. Job growth is slowing— the Labor Department said the economy had about 501,000 fewer jobs as of March 2019 than first estimated, based on its surveys of business establishments. Half a million—and even before this, monthly job growth had shifted into a lower gear.

The new data clearly shows that the economy didn’t get the giant boost that President Trump promised his tax cuts and his deficit-busting spending would provide. So what do we have? Low interest rates, a monstrous deficit—up 27% in just a year and back in $1 trillion territory—and a soaring national debt. It has jumped over the $20 trillion, $21 trillion and now $22 trillion mark on his watch, and is now bigger than the U.S. economy itself (though it’s fair to point out that the debt is divided into two tranches: about 3/4 is held by the public and about 1/4 is intragovernmental debt). In the fiscal year that ends Sept. 30, interest on all this red ink will be nearly $400 billion. Next year taxpayers will fork over even more.

Herbert Hoover was warned about tariffs and didn’t listen. Trump—who promised us that “trade wars are easy to win, believe me” (he now denies saying this) didn’t listen either. We’re now bogged down in a nasty battle with a country whose economy, is by some measures bigger than ours. The cost to you this year: $600, says a JP Morgan Chase report out this week. It adds you’ll take a $1,000 hit next year if Trump makes good on his threat to hit China (in other words you) with tariffs on another $300 billion worth of goods.

Friday Trump learned that he’s not the only guy who knows how to throw a punch. Beijing said it would slap tariffs on $75 billion of American goods. The president—never one to turn the other cheek —may reverse his earlier decision to delayed his own next round of tariffs, saying he didn’t want to hurt Americans ahead of the Christmas shopping season.

But if China is paying the tariffs as he keeps saying, how could Americans get hurt? This is a trick question. Everybody knows Americans are paying: JP Morgan Chase /zigman2/quotes/205971034/composite JPM +1.36%   knows it, farmers know it, U.S. Steel /zigman2/quotes/200069642/composite X +4.31%  —w hich is laying off hundreds at a plant in Michigan —knows it.