The U.S. isn’t even in the top 10 for best countries for retirement

What can we learn from other countries to help our retirees? 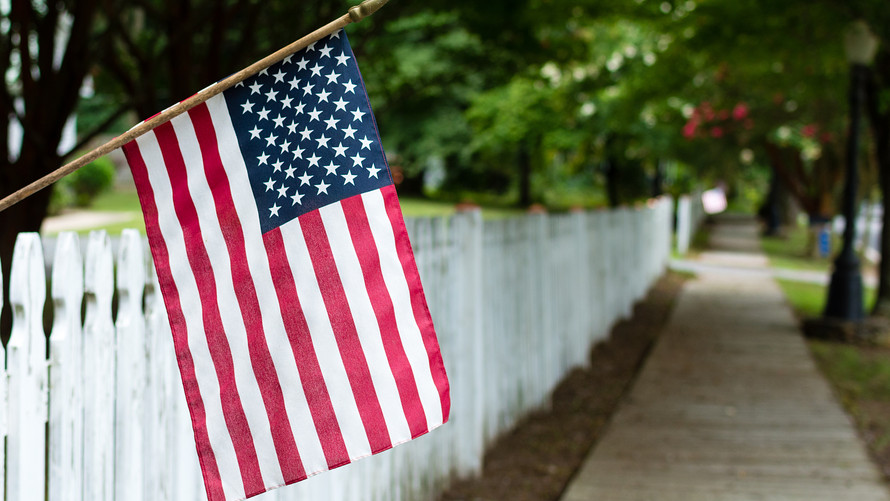 Getty Images/iStockphoto
The United States has strong qualities for retirement security, but still places only 18th in a new global ranking.

The United States could learn quite a bit from other countries around the world when it comes to retirement security, according to a new report.

The annual Global Retirement Index, started by Paris-based investment bank Natixis Investment Managers, analyzes four key indexes: finances in retirement, including taxes and the old-age dependency ratio; health, such as life expectancy and expenses; “material well being,” which is income equality and unemployment; and quality of life, including happiness and water quality. Iceland topped the list this year, followed by Switzerland and Norway.

See: 15 signs that a wonderful retirement lies ahead

The other countries in the top 10 were Ireland, New Zealand, Sweden, Denmark, Canada, Australia and Luxembourg. The United States was ranked 18th.

The U.S.’s highest score was in health, at 86%, followed by quality of life, which was 76%. The country scored a 71% in finances in retirement, but only 58% in material well being. Although the U.S. has a low unemployment rate, the country suffers from a large income inequality gap and government indebtedness, which dropped its score, said Ed Farrington, executive vice president at Natixis Investment Managers. The U.S. did rank 10th in the finance subindex 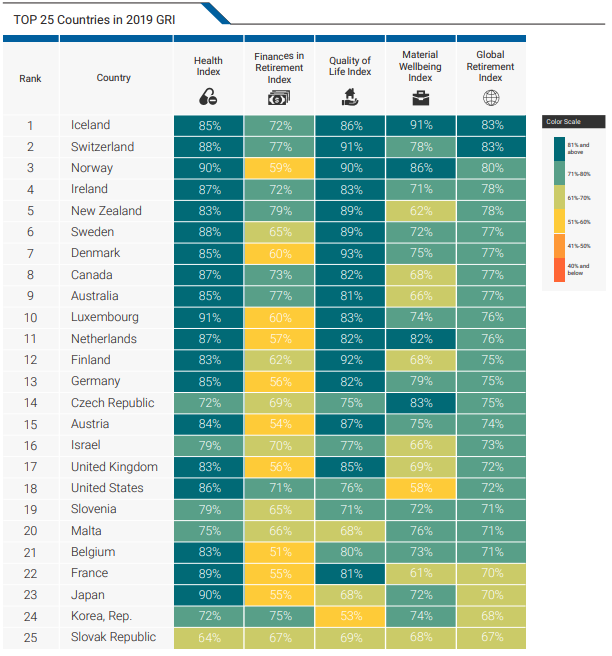 Still, countries across the globe have many of the same concerns about retirement security as the U.S. Australia has a employer-sponsored plan in place, which mandates employers contribute to employees’ retirement accounts with the company’s own assets, but Australians still need to save on their own to ensure they have enough money in retirement. The U.K. is similar — it has a nationwide program where employers must automatically enroll workers in a retirement plan, but the contribution rate may not be high enough for future retirees to live off.

Read: Here’s how other countries financially support their retirees

The Social Security system in the U.S. is stable, but only for now, and requires attention from policy makers. The trust funds that support the system are expected to run out of money in the next 15 years, in which case, all retirees would receive only about 80% of the benefits they’re owed. Old age pension problems exist in other parts of the world as well. Brazil has had a far too generous system, and is in the midst of revamping its pension structure. The changes will require Brazilians to work longer, but it will keep the government pension afloat. China’s version of Social Security is also teetering, partially because there are not enough young workers to support retirees.

Comparing countries from different regions isn’t always fair, especially when they’re not the same size or have the same natural resources to monetize, Farrington said. But there are lessons the U.S. can glean from others, including the Nordic countries’ quality of life and health care.