The U.S. stock market remains the best place to invest

Among all global stock markets, the U.S. offers the best long-term prospects 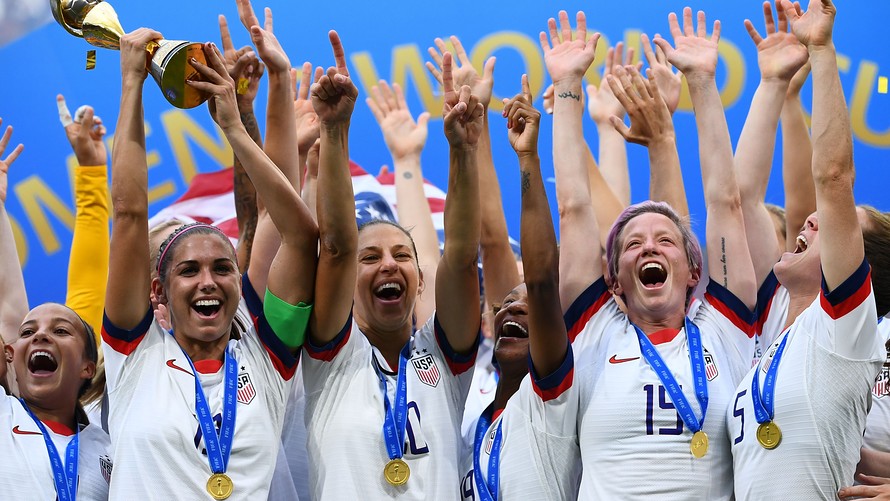 Last year at this time global markets were in free fall, but in late December 2018 they turned around and some indexes have recently hit all-time highs. More than 10 years into a bull market, U.S. stocks remain among the world’s best performers.

Yet another round of uncertainty about a trade deal between the U.S. and China prompted a selloff Tuesday. (Stocks rose on Wednesday.) And while share prices wax and wane based on news and rumors, the outperformance of U.S. stocks is no fluke. Although they may not be top dog again in 2020, they will still be a better long-term investment than equity alternatives: overseas developed and emerging markets stocks.

That’s because no matter what our problems are—and they’re amplified by 24/7 news and social media—the fundamentals of the U.S. economy and the growth prospects of leading U.S. companies top those of our global competitors.

I’ve been making this case almost as long as I’ve been writing this column, and during that time U.S. stocks have smoked those of the rest of the world. From the post-financial crisis bear market low of March 2009 through Monday’s close, the giant all-U.S. Vanguard Total Market Index ETF /zigman2/quotes/202677318/composite VTI +0.08%  has soared 481% while the broad-based developed markets iShares MSCI EAFE ETF /zigman2/quotes/207663730/composite EFA +0.05%  has climbed 194% and the popular iShares MSCI Emerging Markets ETF /zigman2/quotes/201454250/composite EEM -0.27%   has gained only 153%. Those numbers account for stock splits and dividends.

That outperformance reflects the fact that the U.S., where the crisis began, recovered the best of all the developed economies. Growth under Presidents Obama and Trump rarely exceeded the mythical 3% but it was strong enough over time to drive unemployment down to 3.5% in September, a 50-year low. Housing has recovered so well that at least half of U.S. home values are above where they were before the bubble burst. Consumers deleveraged big time and U.S. banks recapitalized under tighter regulation that will prevent them from doing some of the stupid things that helped cause the crisis.

And don’t get me started about emerging markets, the most overhyped sector of the past decade. They are filled with unpredictable, poorly run economies, and their indexes are increasingly dominated by China /zigman2/quotes/210598127/delayed CN:SHCOMP -0.98%  , a rigged, non-transparent market run by a brutal totalitarian regime (yes, Michael Bloomberg, Xi Jinping is a dictator ) whose best growth may be behind it.

So, the rest of the world looks like a value stock that has no clear catalyst. Except for China, it also lacks the powerful growth component of the U.S. technology, internet, and biotech sectors, whose scope and innovation are unmatched in any developed economy.

And investors have hardly celebrated the U.S. market’s triumphs. According to Morningstar Direct, institutions have allocated capital pretty evenly to domestic and international equities. But from January 2006 through the end of this year’s third quarter, “non-institutions,” which include individual investors, pulled about $620 billion from U.S. stock funds and ETFs and instead poured some $820 billion into chronically underperforming international equity funds and ETFs. This mass idiocy—there’s no other word for it—has been a clear contrarian signal.

New trade tensions may take stocks down a few pegs. The recent rally makes them ripe for a short-term correction. My guess is that President Trump just doesn’t have the guts or discipline to wage the kind of all-out trade war with China that could tank the economy. Once the pullback is over, receding recession fears and the loose monetary policies of the Federal Reserve, European Central Bank and BOJ should help stocks rally again into the new year and beyond.

Investors who want to profit from that should keep the lion’s share of their equity investments in the good old U.S.A and minimal amounts in developed and emerging markets stocks. Because U.S. stocks should continue to be what they’ve been for the past decade—in equities, the only game in town.

Now read: Where will the S&P 500 go in 2020? Here are the most bullish and bearish strategists

Howard R. Gold is a MarketWatch columnist. He invests in the Vanguard Total Market Index ETF. Follow him on Twitter @howardrgold.