The wage gap starts at home: Boys are paid more than girls for household chores

Boys make twice as much as girls, according to this study 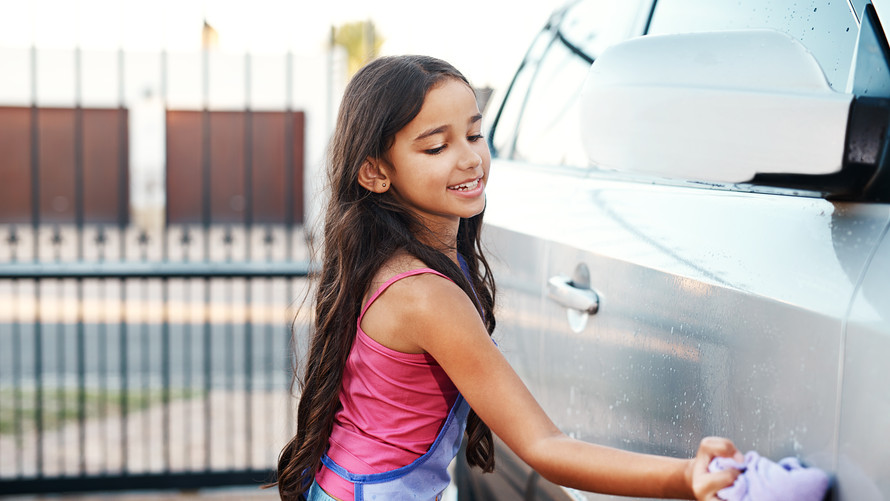 Getty Images
Some parents say girls opt out of outdoor chores like washing the car.

Finding a chore system that works is a unique process for many parents, especially when it comes to juggling chores between sons and daughters.

Carrie Kirby, a writer based in the San Francisco area , said she pays her children — a 14-year-old girl, an 11-year-old girl, and 8-year-old boy — a weekly allowance if they do all of their chores. “At first, I assigned them all mostly the same chores on different days, with a few more difficult ones added in for the older ones,” she said.

She soon found that her daughters preferred jobs indoors. “The chores the girls complained about the most were the outdoor ones, such as emptying the trash, compost and recycling, and mowing the lawn. So now that I gave them a veto option, only my son is doing those.” She pays the girls $12 per week and the boy $6 per week. She said her son gets less because he is the youngest and has the least need for money. 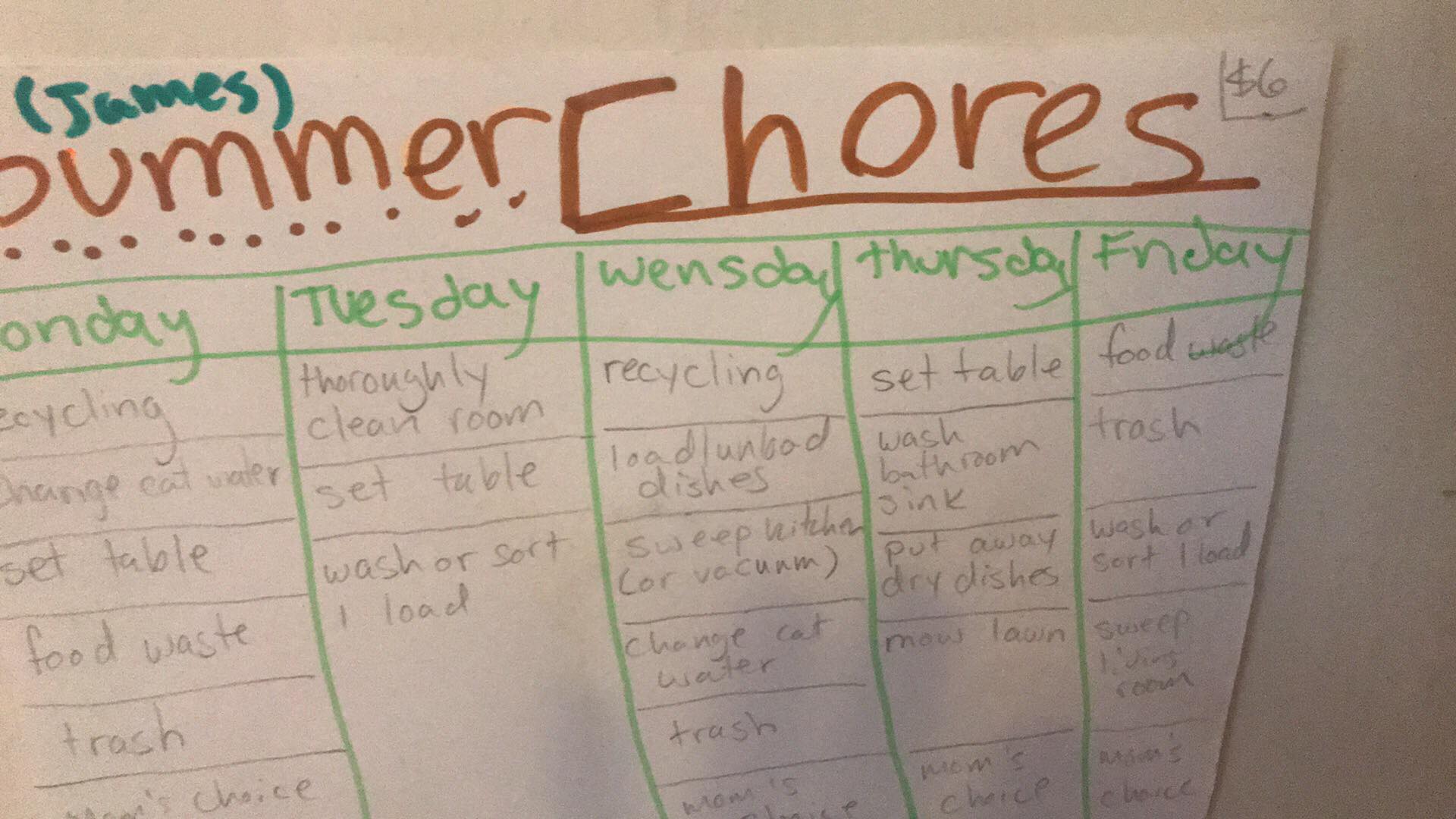 But some experts say many parents are inadvertently perpetuating the wage gap for children when they set rates for these seemingly trivial household jobs. Boys aged 5 to 7 years make 50% more in weekly allowance than girls in that age group, according to a study of 10,000 users from BusyKid, a mobile app and web platform that allows kids to earn and track their allowance. The average boy makes $13.80 per week while the average girl makes $6.71.

This could be, in part, based on the different jobs boys gravitate to compared to girls, said Graig Murset, chief executive officer of BusyKid. “We found a lot of the boys were given more strenuous jobs like mowing the lawn, washing the car and trimming the bushes,” he said. “They often get those jobs that are outdoors and more strenuous. And the more strenuous the job the more they get paid for it.”

Boys are also more likely to be paid for chores that have to do with basic hygiene like showering or brushing teeth, while girls will do such tasks with less incentive, he said. Although girls make less money than boys, they end up saving nearly the same amounts: Boys save an average of $24.98 per month while girls save $23.49, BusyKid’s study found. Girls also shared or donated more money than boys — at $8.47 per month for girls versus $6.57 for boys. 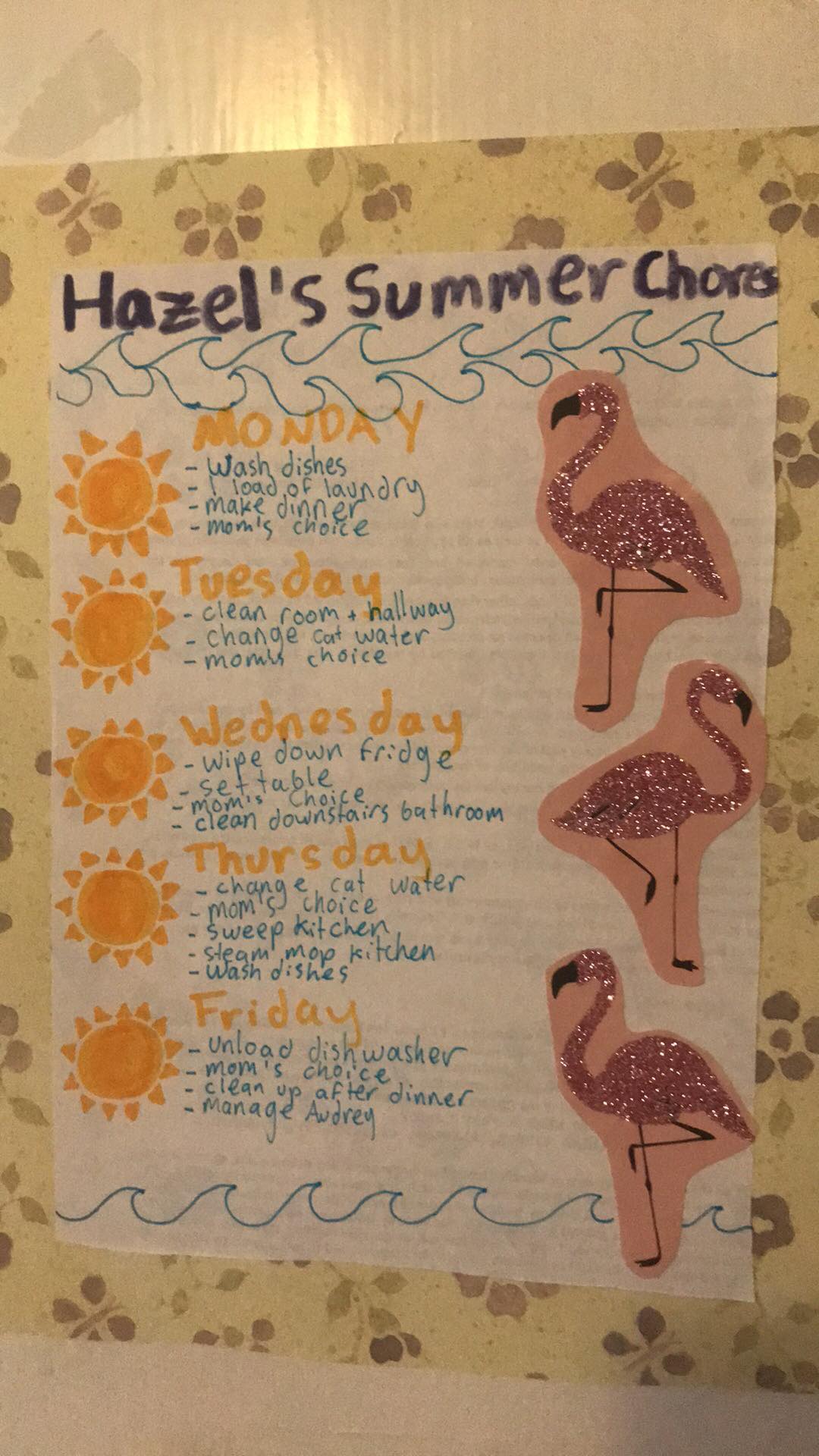 “As a father of both boys and girls I think this is an important wake-up call for parents to be cognizant of what they are paying to make sure they are being as fair as possible,” said Murset, a father of six. “I don’t think any parent would intentionally pay differently based on gender, but clearly, it’s happening.”

All those chores add up to a sizeable sum for children, which is all the more reason to treat them equitably. Christine Victoria Waller, a 35-year-old childhood educator who lives outside of New York City, pays her 11-year-old son $3 a week as an allowance for basic tasks. For additional jobs he does around the house he can make more, from $1 for sweeping the hallway to $6 for cleaning the bathroom. If he did all of the tasks, he could make a maximum of $30 per week.

Don’t miss: How to say no to your kids without making them feel deprived

Waller said the system is meant to teach her son the value of money by allowing him to save up for personal items like video games and sneakers. “We feel that if we could give our children the ability to understand finances and budgeting, we can hopefully give them the resources they need to find financial security earlier than we figured it out,” she said. Waller doesn’t have to deal with balancing payments for girls and boys, as both her children are boys.

The same factors that play into the wage disparities between adult men and women could also affect the allowance gap between boys and girls, said Dr. Fran Walfish, a Beverly Hills family and relationship psychotherapist, and author of “The Self-Aware Parent.” Parents may unintentionally set allowance rates lower for girls, she said.

The latest study is a reminder to pay children based on the importance of the job or difficulty of the task performed rather than paying them a set rate, and to allow children of similar age to choose from a pay scale based on the amount of time they will take to complete. That also incentivizes kids to carry more weight in their chores.

Still, monetary allowances aren’t right for every child, Walfish said. Some children are more motivated to help out at home if they’re rewarded with activities like a movie night or bowling trip with a parent. For kids who do get cash for tasks, it’s good to give the money at set intervals of time to teach them how to save.

“This teaches your child how to look forward to and anticipate things he or she wants in a way that offers lessons in delayed gratification,” she said. “That is a trait required for maturity and one parents today neglect to teach their kids.”