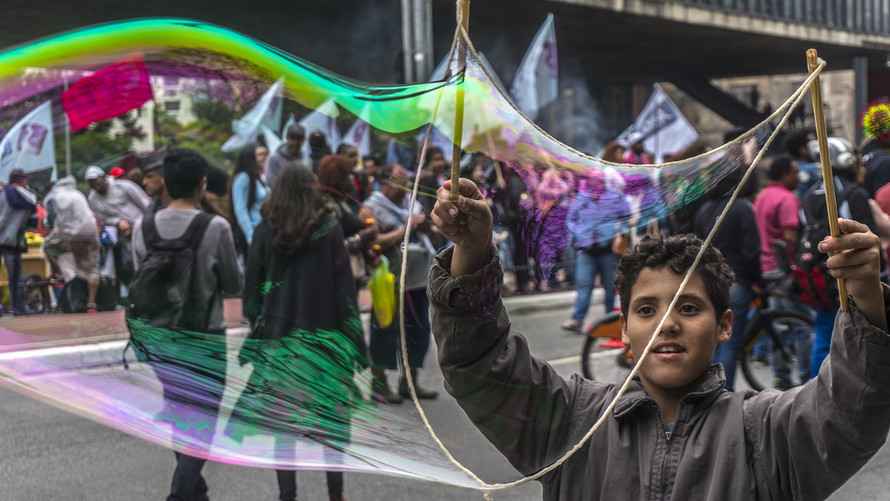 Nancy Davis, the chief investment officer and founder of advisory firm Quadratic Capital, garnered attention back in October 2017 when she predicted that a preternatural period of placidity in the stock market was about to come to an ugly end. Four months later, it did, in spectacular fashion.

Then, amid renewed ebullience over technology and internet-related stocks , she cautioned in July that the U.S. market’s bull run — notably among tech-centered shares — was set to come apart against the backdrop of a tumbling international market.

She was right about that, too.

Read: Which Wall Street forecasters should you listen to now? Here’s who nailed it in 2018 (and who bombed)

That brings us to our call of the day from Davis, who told MarketWatch that corners of the debt market, particularly private credit markets like leveraged loans, are ”very frothy,” because “a lot of investors have used leveraged loans” as a way of getting richer yields.

“It’s definitely bubblicious,” Davis said. She also said those complex purchases of loans, which are used partly to finance private-equity transactions, may be fostering much of the current volatility exhibited by global equity markets.

The leveraged-loan borrowing in the U.S. has quietly ballooned over the past two years, surging way beyond levels since during the 2007 financial crisis. Such borrowing in the U.S. hit a record in 2017 at $1.66 trillion and was at $1.46 trillion in 2018, according to Dealogic. That represents the biggest two-year growth ever in the industry (see table below).

Part of Davis’s argument is that investors in leveraged loans are subject to multiyear lockup periods where they cannot sell those assets, which, as a byproduct, forces those large investors to seek liquidity by selling public assets, such as stocks.

Check out: Here’s why stock-market bulls are banking on January to steady the ship

She said private debt can be attractive because it isn’t prone to wild intraday price swings, say, after quarterly earnings releases. But also, “it’s just the popular thing to do, and in turn, it’s going to mean more volatility” in other assets, she warned.

”Private markets don’t have liquidity, and that can create volatility in the stock market because when [investors] need cash they are going to go to the more liquid market,” she said.

Volatility may be the least of investors’ concerns, however, with a number of strategists and analysts, including Moody’s Analytics Chief Economist Mark Zandi, also sounding alarms about leveraged loans. Moody’s Investors Service in October warned that deterioration in the quality of those types of loans is worrisome; the International Monetary Fund offered its own concerns, as has former Fed Chairwoman Janet Yellen .

All eyes were on Apple /zigman2/quotes/202934861/composite AAPL -2.97% on Thursday after the iPhone maker shook up markets late Wednesday by announcing weaker-than-expected iPhone sales. Apple said a slumping Chinese economy is the biggest problem for the tech behemoth, the only public U.S. company to reach a $1 trillion valuation last year before a fourth-quarter collapse for its shares.