One weights companies by market value; the other treats them equally 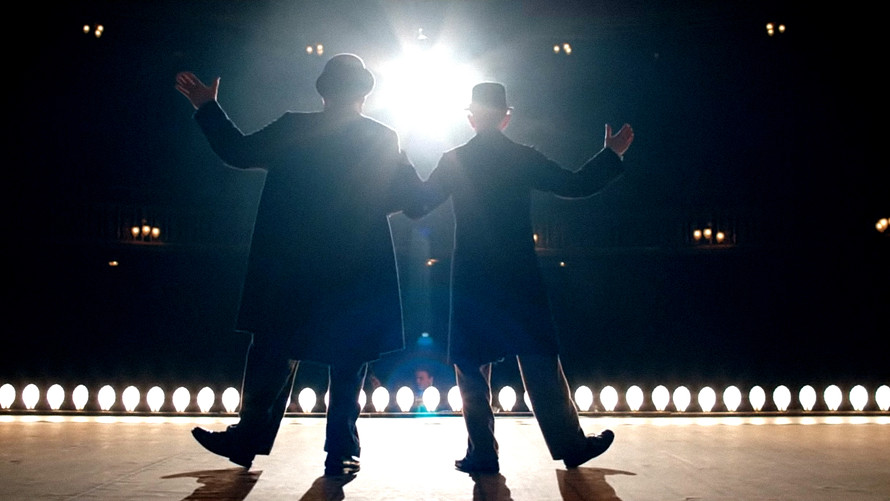 Many on Wall Street say no. After all, when picking stocks for your portfolio, you have an equal chance of picking TripAdvisor as Apple. Wouldn’t the S&P 500 index be improved if it gave equal weight to all 500 stocks?

Since 2016, however, the tables have turned. 2019 is shaping up as the third year in a row in which the cap-weighted version of the S&P 500 comes out ahead. 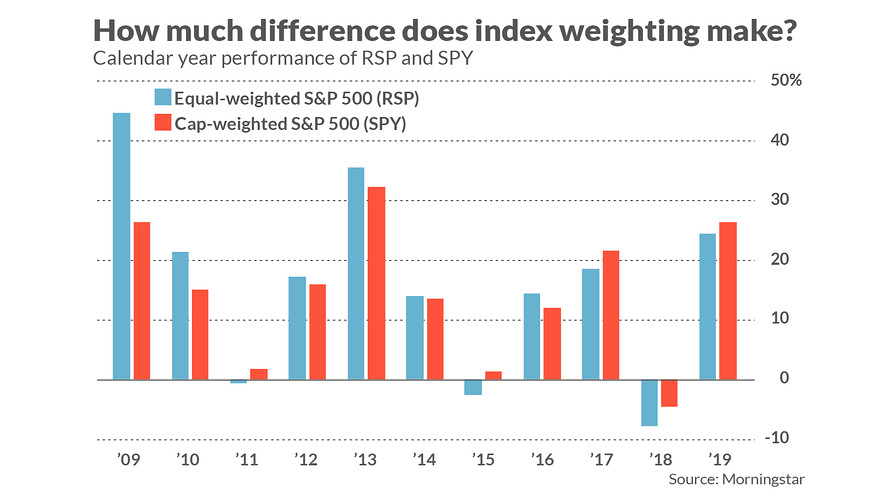 At a minimum, therefore, this just goes to show that nothing comes out on top forever. But I would argue the cap-weighted version of the S&P 500 is the better bet for long-term performance.

To understand why, it’s helpful to step back and consider what we mean when we talk about the “market.” It is nothing more than the combined value of all shares. By definition, therefore, the “market” is capitalization-weighted: A stock with a large market cap will have greater weight than one with a small market cap.

There are at least three reasons why the equal-weighted version of the S&P 500 will lag the market over time.

When investing in the equal-weight version of the S&P 500, you in effect are making two specific style and sector bets:

• That recent winners will quickly turn into losers, and vice versa. That’s because the equal-weight version of the index is constantly selling portions of its biggest winners and buying additional shares of its biggest losers so that all holdings remain at an equal weight. Call this an anti-momentum, or contrarian, bet.

• That small-cap stocks will outperform large-caps. That’s because the smallest-cap stocks will have greater weight in the equal-weighted version than in the cap-weight version.

The historical data are clear that you should avoid the first of these two bets. According to data from University of Chicago professor Eugene Fama and Dartmouth professor Ken French, momentum wins in a big way: A portfolio of stocks that have done the best over the trailing year far outperforms a portfolio containing the trailing year’s worst performers.

It’s not even close, in fact: Over the last 92 years, momentum beat contrarianism by an annualized average of more than 7 percentage points.