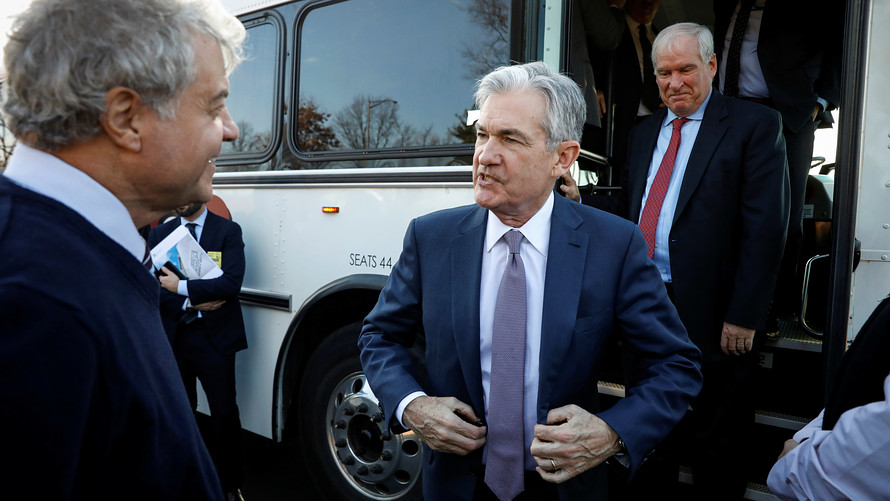 The Federal Reserve is going to announce its latest interest-rate decision on Wednesday, and how the central bank describes its thinking is likely to drive market direction, unless there is a major development on the U.S.-China trade front.

But the really big news coming from the Fed is likely to be delivered in January, and it will have an impact longer than just a day. All year the central bank has been undertaking a policy review that is likely to culminate in a policy shift.

Lena Komileva, chief economist at G-Plus Economics, in the call of the day forecasts the Fed will shift from targeting inflation of 2% over the “medium term” to doing so over an average of the business cycle. Inflation in the current recovery, as measured by the personal consumption expenditure price index, has averaged just 1.5%.

“A resetting of the Fed’s inflation target implies that the Fed would be prepared to let labor markets run hot for a while and tolerate an inflation overshoot for a number of years, in effect ensuring that U.S. yields remain comfortably below nominal GDP levels for the foreseeable future,” he says.

That said, Komileva does say the market is overpricing the risk of a rate cut next year, even with a more dovish Fed. “The potential for a bearish re-steepening of the yield curve remains high, especially as equity markets are buoyant, the U.S. consumer remains resilient and the global industrial down-cycle plateaus. This appears to assume a very pessimistic outlook for U.S. political risk and U.S.-China trading relations heading into the 2020 U.S. presidential elections,” she says. 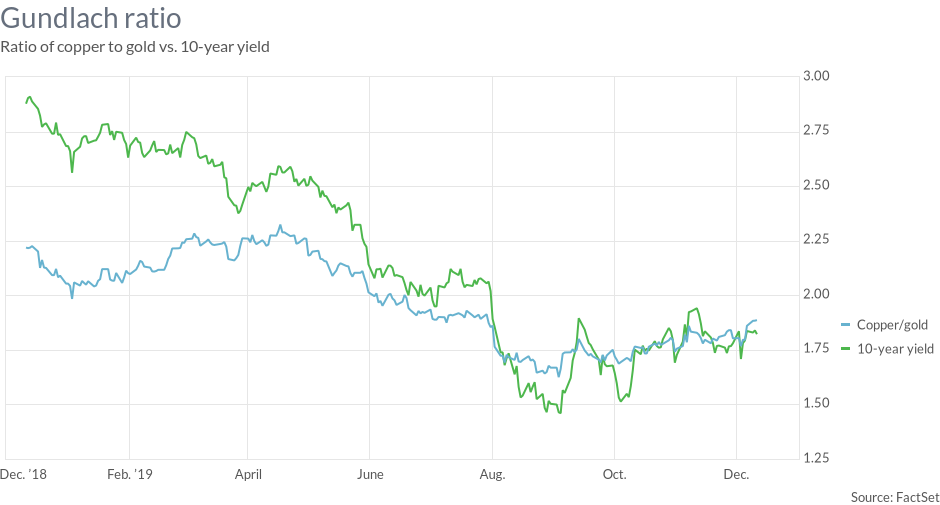 Gundlach likes the predictive value of the ratio since copper is sensitive to swings in the economy, while gold climbs when investors get frightened. Gundlach told investors in a webcast on Tuesday night that he expects long-term yields to rise as recession risks fade.

U.K. Prime Minister Boris Johnson chose the cool comfort of an industrial refrigerator rather than talk to broadcaster Piers Morgan.

A rare Scotch whisky may fetch $2 million a bottle at auction.

This office holiday party went a bit better than expected— with employees sharing a $10 million bonus .

The dark side of online shopping— this FedEx worker struggles with a 144-pound package .