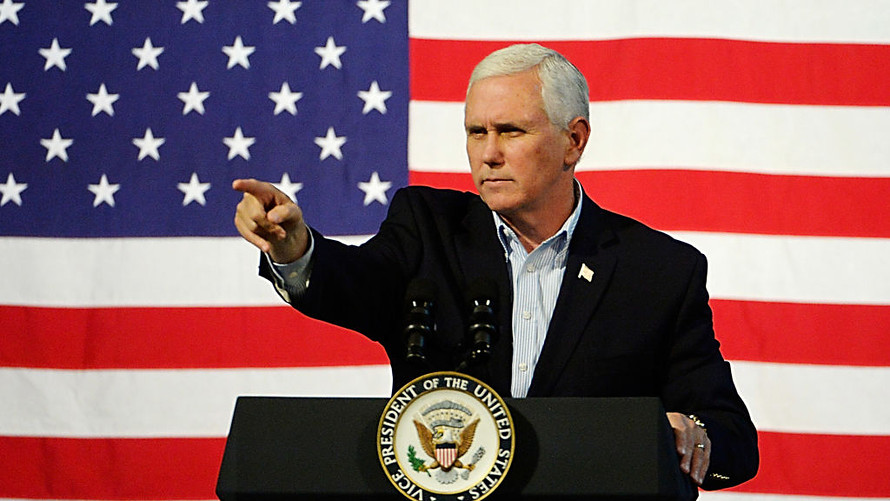 That’s just a snippet of Bishop Jerry Wayne Taylor’s fiery, and anti-gay, sermon over the weekend, which followed a speech by Vice President Mike Pence and was live streamed by the White House.

“God didn’t make us for that. He made a man to be a man,” Taylor said. “If you want to know what God made you, when you go to the bathroom, just check your plumbing. What kind of plumbing are you using?”

He then warned that any man who was attracted to him would “get in trouble.”

Taylor went on to call homosexuality “unnatural,” saying it’s unique to humans. “You never see two male animals coming together,” he said, wrongly. “We’ve got to expose what the devil is doing.”

Pence’s speech was less controversial. He basically urged American’s to remember Martin Luther King Jr.’s civil-rights work. “I know in my heart of hearts if we rededicate ourselves to the ideals that he advanced, if we strive to open doors of opportunities for every American, and if we more faithfully follow the one that he followed, we’ll see our way through these divided times,” Pence said.

Nevertheless, the antidefamation group GLAAD pointed a finger at the vice president. “Wish we could say we were surprised that the Vice President spoke at a church event where the bishop spouted vile things about LGBTQ people,” the organization said in a statement released after the event . “But here we are.”

From the archives (January 2019): Mike Pence’s wife just got a job — at a school banning gay students, teachers

As of Wednesday morning, the video remained on the White House YouTube channel . Taylor’s comments begin at the 2:43 mark: