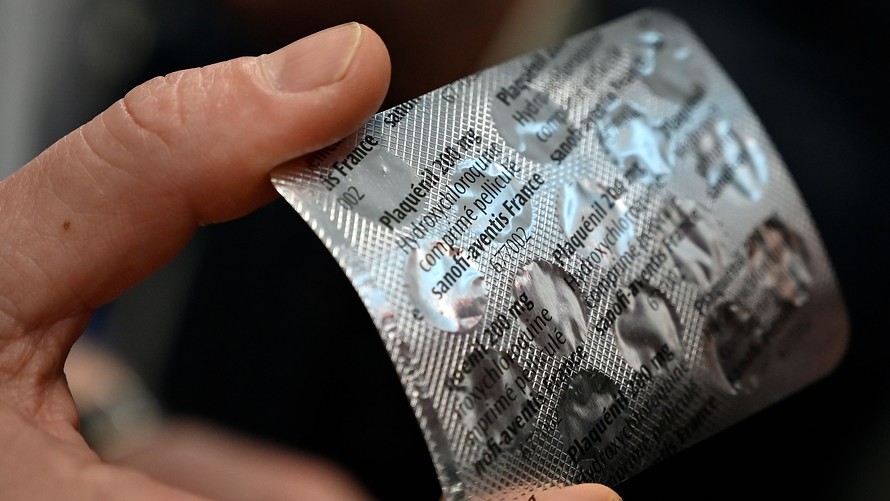 The millions of doses of chloroquine donated to the federal stockpile can now be used to treat COVID-19 patients. At the same time, pharmacists are concerned that prescribing the drug for the novel coronavirus has created shortages of the medication for patients with lupus and rheumatoid arthritis and raises questions about safety.

The Food and Drug Administration on Sunday granted emergency-use authorization to hydroxychloroquine sulfate and chloroquine phosphate to treat COVID-19 patients. The emergency rules require patients to receive doses of the drugs donated to the U.S. federal stockpile by drug manufacturers like Bayer AG (OTC:BAYRY)  and Novartis AG (NYS:NVS) .

Clinicians in China, France and the U.S. are testing chloroquine as a potential treatment for people who have taken ill after contracting COVID-19. The decades-old malaria therapy, which is also used to treat lupus and rheumatoid arthritis, has particularly excited President Donald Trump, who has called it a “very successful drug.”

However, in the 10 or so days since the administration’s initial comments about chloroquine, patients with longstanding prescriptions for medication began having trouble maintaining access to the drug.

There have been confirmed shortages of chloroquine phosphate tablets manufactured by the privately held Rising Pharmaceuticals Co. and Sun Pharma Advanced Research Co. Ltd. (BOM:IN:532872)  since March 24, according to the University of Utah Drug Information Service. Chloroquine is generally prescribed less often than hydroxychloroquine because it has more side effects and tends to cost more, pharmacists say.

“There absolutely is a supply issue,” said Steve Moore, a pharmacist at Condo Pharmacy in Plattsburgh, N.Y., and president of the Pharmacists Society of the State of New York. Moore said he expects the shortages to be resolved.

See also: Trump makes the case for chloroquine as a COVID-19 treatment, though it has not been approved by the FDA for this illness

Organizations representing doctors and pharmacists criticized physicians who, they say, have prophylactically prescribed chloroquine, hydroxychloroquine and the antibiotic azithromycin “for themselves, their families, or their colleagues” in a March 25 statement. (Azithromycin, also known as Z-Pak, which is being used as an adjunct therapy for pneumonia and respiratory symptoms of COVID-19 infection, has also been in short supply since March 23.)

“Some pharmacies and hospitals have been purchasing excessive amounts of these medications in anticipation of potentially using them for COVID-19 prevention and treatment,” the American Medical Association, the American Pharmacists Association and the American Society of Health-System Pharmacists said in a joint statement. “We strongly oppose these actions.”

There are no proven treatments or vaccines for COVID-19; however, dozens of companies have come forward with plans to test existing therapies or develop new treatments or vaccines for the coronavirus-borne disease, which has now sickened more than 750,000 people worldwide, killed at least 3,600, and sent markets and economies tumbling. A handful of those companies, including Gilead Sciences Inc. (NAS:GILD) , Moderna Inc. (NAS:MRNA) , Regeneron Pharmaceuticals Inc. (NAS:REGN)  and Sanofi, have initiated clinical trials in the U.S. and abroad.

To provide a solution during the time it will take to test efficacy in clinical studies and treat the increasing number of Americans currently sick with COVID-19, the FDA has issued a number of emergency-use authorizations for diagnostic tests and medical devices including ventilators. The decision on Sunday to grant an emergency-use authorization to chloroquine-based products represented the first time the FDA has used its emergency powers to expand access to a drug during the COVID-19 pandemic.

As part of that announcement, the government said that the National Institutes of Health and the Biomedical Advanced Research and Development Authority plan to conduct clinical trials for chloroquine. “Anecdotal reports suggest that these drugs may offer some benefit in the treatment of hospitalized COVID-19 patients,” the Department of Health and Human Services said in a statement Sunday. “Clinical trials are needed to provide scientific evidence that these treatments are effective.”

Some pharmaceutical companies have donated chloroquine to the U.S. Strategic National Stockpile, including Bayer, which provided 3 million doses, and Novartis, which provided 30 million doses. Teva Pharmaceutical Industries Ltd. (NYS:TEVA) has plans to donate 10 million doses to U.S. wholesalers and hospitals, while Mylan (NAS:MYL)  said two weeks ago it had restarted manufacturing chloroquine at a plant in West Virginia. Donated doses may also be used for clinical trials, according to an HHS statement.

Analysts at Raymond James believe that “large, robust trials” of hydroxychloroquine sulfate will prove the therapy’s effectiveness against COVID-19 infections.

In New York, which has emerged as the epicenter of the pandemic in the U.S., with more than 66,000 cases and at least 1,218 deaths, questions concerning both the efficacy of and access to chloroquine have prompted action from the state. Gov. Andrew Cuomo issued an executive order on Friday barring pharmacists from dispensing hydroxychloroquine or chloroquine except for FDA-approved indications. Trump has said that the government sent the state 10,000 units of chloroquine, and that 1,100 people there have been treated with the medication so far.

Pharmacies in California and New York have been hardest hit by chloroquine shortages, according to the Lupus Research Alliance.

While supply is a top-of-mind concern for pharmacists, there are also safety concerns.

The Banner Health hospital system, based in Phoenix, said on March 23 that a man in his 60s had died and his wife, also in her 60s, was in critical care after the couple consumed a form of chloroquine phosphate used to clean fish tanks. The drug also has a number of adverse effects like nausea and changes in mood and can cause drops in blood sugar. Incorrect doses can cause coma, seizures and death.