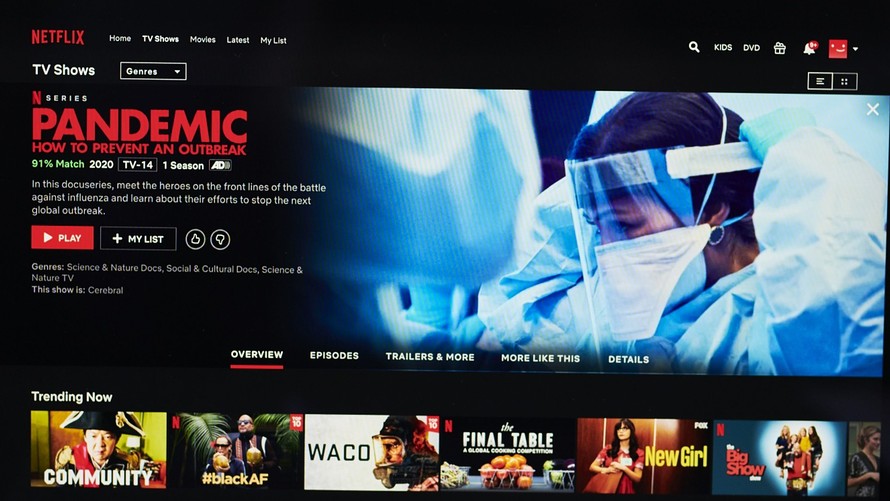 Bloomberg
Netflix reported a 28% increase in first-quarter revenue from a year earlier.

We’re right in the thick of first-quarter earnings season, and while it is looking bad as consumers and companies suffer from the coronavirus shutdown, there are still companies that are growing rapidly.

Through May 4, 273 companies among the S&P 500 (S&P:SPX)  had reported earnings for their fiscal quarter ending March 21 or later; 147 of them, or 54%, reported declines in sales from a year earlier. Three months from now, we likely will be looking at even worse results, given that the U.S. economy has borne the brunt of the COVID-19 shutdown in the current quarter. The S&P 500 hit a record high on Feb. 19, and states began issuing stay-at-home orders in the third week of March that are only now beginning to be lifted.

Here’s the filtered list of 12 companies that increased revenue the most:

You will need to scroll across the table to see all of the data.

It is no surprise to see Netflix (NAS:NFLX)  and Amazon.com (NAS:AMZN)  on the list of rapid first-quarter revenue growers at a time when most people are staying home and most retail businesses are closed.

The increase in securities trading activity starting in the second half of February led to five exchange operators appearing on the list of rapid revenue growers.

Vertex Pharmaceuticals (NAS:VRTX)  topped the list on the strength of its new Trikafta medication for cystic fibrosis, partially offset by declines in other medications.

Prologis (NYS:PLD)  and Intel (NAS:INTC)  both benefited from the continued growth of the datacenter industry.

Read: Nvidia has become a power broker for the next wave of datacenter technology

Here are the companies excluded from the list because their revenue increases mainly resulted from large acquisitions:

• Truist Financial (NYS:TFC)  is the new name for BB&T after it acquired SunTrust.

• Hasbro (NAS:HAS)  completed its acquisition of Entertainment One in December.

• Invesco (NYS:IVZ)  acquired OppenheimerFunds in May 2019.