How to judge J.P. Morgan, Bank of America, Citigroup, Wells Fargo and more 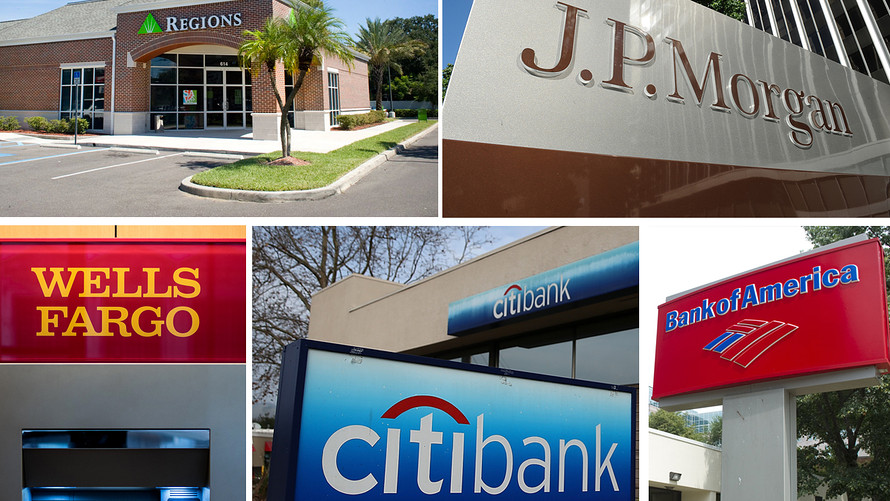 It’s official: The Federal Reserve has raised interest rates , as everyone expected.

But where does that leave investors, since the market clearly already priced in this run?

Over the last several weeks, the rotation into cyclical stocks has been quite dramatic. While the S&P 500 index is up about 7% since Nov. 1, the Energy Select Sector SPDR ETF (PSE:XLE)  has climbed about 12% and the iShares U.S. Financials ETF (PSE:IYF)   has jumped about 13% in the same period.

However, the so-called “Trump trade” is starting to feel awfully crowded as the markets start to settle down after this run. And more than a few traders out there think the rotation into cyclicals has gone too far.

Take sleepy staples stock Unilever PLC ADR (NYS:UL) , which is down 5% since Nov. 1 but is still an undeniably stable company that offers a 3.5% yield. Or take tech darling Facebook Inc. (NAS:FB) , which has tumbled 10% since Nov. 1 despite its consistent growth on the top and bottom lines. Both of these names seem to have been tossed out with the bath water, and could be bargains here.

Read: S&P 500 companies would save $87.1 billion if Trump passes his tax plan

I still agree generally with the notion of the “reflation” trade, particularly in financial sector. However, it’s undeniable that a lot of the easy gains have already been made in the space and investors will have to be more discerning in the coming months.

So if you’re wondering what banks are buys and which ones are sells, here’s my list:

Unless you’ve been living under a rock, you should be familiar with the scandals at Wells Fargo & Co. (NYS:WFC)  that included more than 5,000 workers losing their jobs — including former CEO John Stumpf. While a Republican Congress may not be as aggressive as Elizabeth Warren and other Democrats, it’s hard to just forget about the 2 million unauthorized accounts that were opened and the associated risk of lawsuits and costly regulatory measures.

WFC is approaching a new 52-week high after a meteoric run. I would use this opportunity to get out while the getting is good.

If you are interested in banks stocks at all, you should be interested in J.P. Morgan Chase (NYS:JPM) . It’s the largest U.S. bank by assets, and while it’s no stranger to scandals, it probably has the best reputation right now among the big banks. CEO Jamie Dimon has close ties to Trump and the GOP, recently joining a policy forum to advise the incoming administration. He was rumored as a potential Treasury secretary before Trump named Steven Mnuchin as his pick.

However, the biggest bullish factor is simply the numbers; J.P. Morgan is riding seven consecutive earnings beats, proving this is not a stock that is simply benefitting from a short-lived pop in pro-bank sentiment. With higher rates boosting net interest margins, a well-run megabank like J.P. Morgan Chase is a must-own in 2017.

A lot of the factors lifting J.P. Morgan’s stock price are similar at Bank of America Corp. (NYS:BAC) . However, the difference is all in sentiment, price history and the charts. In a nutshell, Bank of America had faced resistance around $19 or so, dating all the way back to late 2009. But after a big breakout in the past week or so, the stock has finally reached a new plateau. That’s great to see, and the stock likely will stay there … but it also seems realistic that this stock could retest those levels in the coming months.

While I would be a big buyer of Bank of America around $20, I would be reluctant to add to your position here. More loans at better margins will help in 2017, so I’m not bearish, but I think the stock price is a little ahead of itself.

Citigroup Inc. (NYS:C) , like Bank of America, is kind of a mixed bag. It certainly has the wind at its back, but it doesn’t quite have the quality of J.P. Morgan. And while it hasn’t run afoul of consumers and regulators the same way as Wells Fargo, that doesn’t necessarily make it a slam-dunk. As an Oppenheimer analyst recently said, it’s safe to “let the bet ride” if you’re holding bank stocks like Citi right now. However, it’s undeniable that a lot of rosy conditions like better loan margins and lower credit costs have already been baked into the cake.

I wouldn’t sell, but there are other bank stocks I’d rather add too … including the regionals discussed below.

Broadly speaking, I like regionals as a group over the megabanks because the promise of “reflation” in 2017 assuredly only applies to the U.S. and not to overseas markets. That makes smaller, regional banks a more focused play on this trend — and Regions Financial Corp. (NYS:RF)  is one of my favorite regional banks to buy now.

It trades for roughly book value, and while its dividend is pretty meager at 1.8%, it has aggressively been increasing distributions lately; payouts went from paying 3 cents quarterly at the beginning of 2014 to 6.5 cents for its most recent dividend, yet RF is still only paying out about a third of total earnings and has more room for increases in 2017. Growing dividends coupled with projections of nearly double-digit EPS growth in 2017 bode very well for this regional bank.

Citizens Financial Group Inc. (NYS:CFG) is another way to tap into the localized recovery investors are expecting in the next year, and it’s one of the most affordable options out there. The stockl trades at a modest discount to book value and about 16 times forward earnings estimates.

The icing on the cake is that Citizens serves a fairly well-to-do region including New York, New Jersey and Massachusetts — areas with strong housing and local job markets, and thus very likely to lead any cyclical recovery we see in the new year.

If you want a spicier way to play this trend, consider the tiny People’s Utah Bancorp, a roughly $450 million bank with a mere 20 retail branches in Utah. While a bit more volatile, to be sure, the bank’s focused nature is very attractive given Utah’s amazingly low 3.2% unemployment rate as of October.

While states like North Dakota enjoyed a brief period of growth thanks to fracking but challenges in the age of cheap oil, Utah has a much more balanced economy and isn’t as prone to the boom-and-bust cycle. Utah’s population growth and economic growth are both in the top 10 among U.S. states for 2015, its economy has continued to thrive in 2016 and it should continue to do well in the new year — bringing institutions like People’s Utah Bancorp with it.