These are the most — and the least — trusted news sources in the U.S. 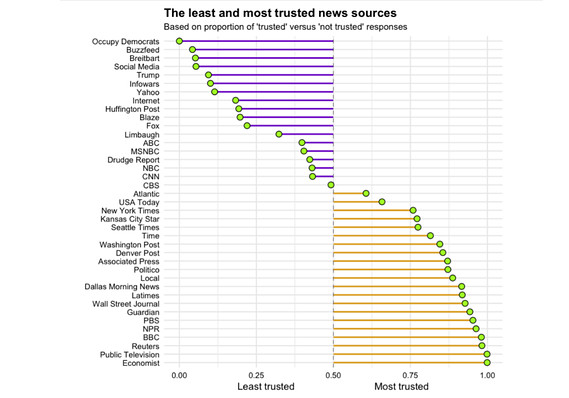 Maybe it’s the accent. When it comes to news, in a world where “fake news” has become an ideological battle cry rather than an oxymoron, Americans deem British media outlets more trustworthy than their U.S. counterparts.

The most trusted news source in the U.S. is the Economist — a venerable weekly magazine published in the U.K. — according, at least, to a recent survey conducted by the University of Missouri’s Reynolds Journalism Institute .

The second most reliable news source, in the view of voluntary survey respondents, is public television (with the Public Broadcasting Service separately ranking sixth among survey respondents), followed by Reuters and BBC. National Public Radio placed just ahead of PBS at No. 5, while the U.K.’s the Guardian clinched the seventh spot. The Wall Street Journal, the Los Angeles Times and the Dallas Morning News rounded out the 10 most trusted brands. The Wall Street Journal is owned by News Corp. /zigman2/quotes/204787942/composite NWS +0.70%   /zigman2/quotes/201755982/composite NWSA +0.96% , the parent of MarketWatch.

At the other extreme, Occupy Democrats — a political website with a self-professed agenda of counterbalancing the right-wing Tea Party — took the dubious honor of most untrustworthy.

BuzzFeed, Breitbart and Infowars also scored dismally on the trust-o-meter, with a BuzzFeed representative questioning the poll’s merit and methods. “This is not a poll of how much trust Americans have in their news outlets. It’s an open-ended, methodologically flawed survey of people who happen to fill out a form on the homepage of their local news outlet,” said Matt Mittenthal, spokesman for BuzzFeed News. “No one familiar with how polling works would consider this to be reliable or scientific.”

The results were based on a survey of 8,728 consumers of the online content produced by 28 U.S.-based media organizations. Respondents tended to reside near the news outlets that made the Missouri institute’s questionnaire available on their websites and are said to have leaned toward the liberal side of the political spectrum. 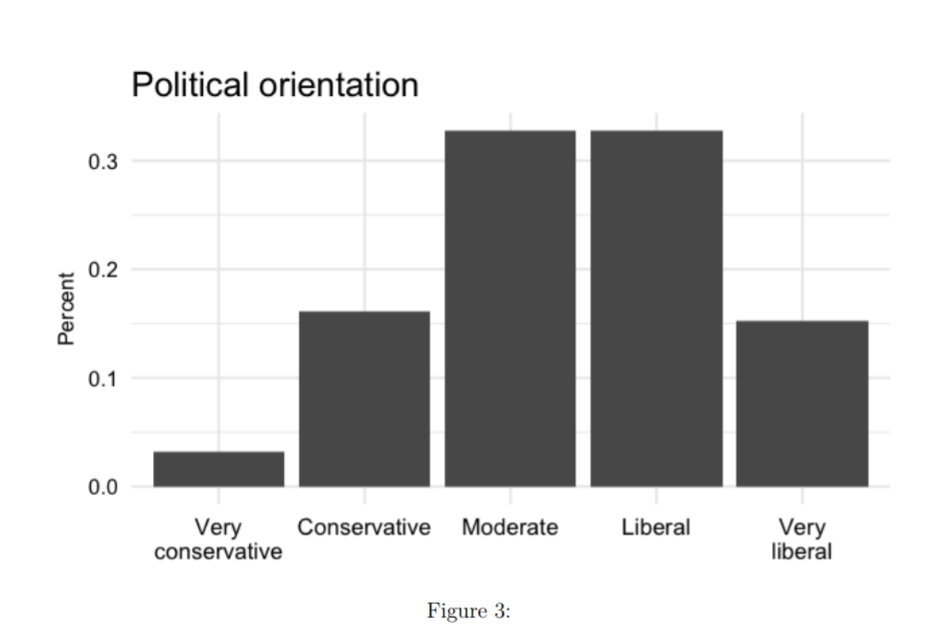 The survey found that politically liberal respondents were more trusting of the media than conservatives, while Caucasians were more likely than other races to express confidence in the media.

As the chart below illustrates, the level of trust remained fairly steady among people identifying themselves as liberals or moderates regardless of age; among conservatives, trust dropped off sharply with age. At the same time, financial support for the media had a strong correlation with age. 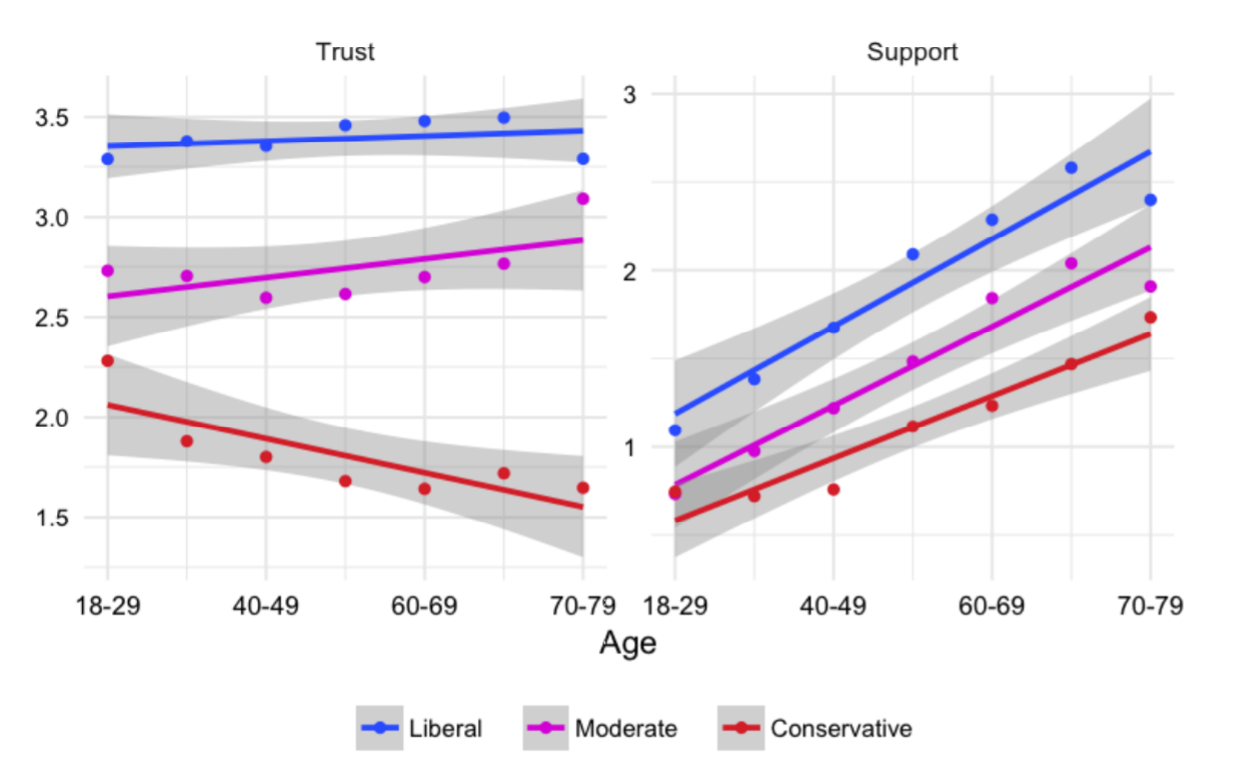 The debate over trust and journalism has taken on a different tone in recent months as President Donald Trump has vociferously attacked many mainstream media organizations as “fake news” in response to unfavorable coverage.

Trump himself was also viewed as untrustworthy, according to survey respondents, with a credibility score that was better than social-media sources but worse than the internet as a whole.

(This story was originally published Aug. 3.)