The video-sharing app TikTok is full of silly lip-synch videos, but it also has several accounts aimed at saving you thousands of dollars 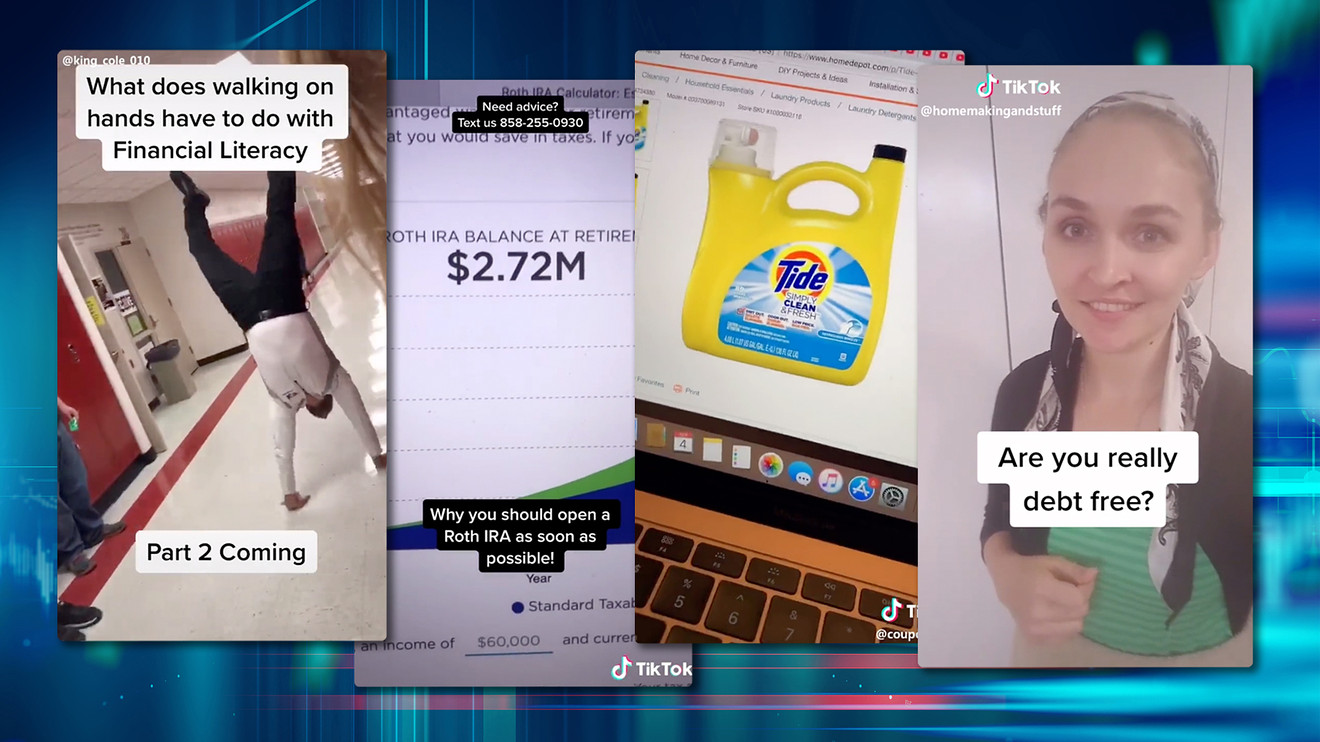 MarketWatch photo illustration/iStockphoto, TikTok
The video-sharing app TikTok is full of silly lip-synch videos, but it also has several accounts devoted to money and budgeting tips.

Cole Kelley’s most popular TikTok post wasn’t the one in which he did a walking handstand across his high-school hallway.

It was one where he explained why real estate can be a very savvy investment , garnering approximately 400,000 views. His take-down of a furniture store’s 21% APR financing offer got more than 250,000 views.

“It gets kids thinking,” Kelley said of the posts under his username, @mrcolekelley. “It gets them wanting to learn.”

Welcome to personal-finance TikTok, where Kelley’s just one participant.

Elsewhere on the app, people are doing synchronized treadmill dances, cats are freaking out over squirrels and brawny actor Terry Crews is flexing his chest. Here, people are checking out videos on coupons, compound interest, home budgets and debt — which might reflect the fact they’re not getting the information elsewhere.

‘Young people are failing in basic economics, and if I can make a little bit of difference, then it makes it all worth it.’

“Young people are failing in basic economics, and if I can make a little bit of difference, then it makes it all worth it,” said Katie Swanson, 28, an extreme couponer in Waukesha, Wis. Swanson has more than 825,000 followers, and her “run deal” videos on limited-time coupon offers can get at least 1 million views.

For the uninitiated, TikTok posters can talk, dance or lip-sync on videos; superimpose visual filters; and add graphics for a video on loop that can last up to 60 seconds. TikTok, owned by the Beijing-based start-up ByteDance, burst on the scene in August 2018 and reportedly has 100 million downloads in the U.S. as of earlier this year.

Countering critics, TikTok says U.S. user data is stored in the U.S. and the Chinese government has no say over its content-moderation practices.

Don’t bet on the app morphing into a place where people just want to talk about finance. But money-related hashtags get eyeballs: #couponing has almost 50 million views, #invest has nearly 30 million views and #personalfinance has over 12 million views.

TikTok does not release download statistics, but told MarketWatch the consumption of finance-related hashtags has grown 172% since the start of October.

But that raises another question: Who are these people talking about complicated financial issues in snippets — and how much worthwhile information can they convey in so little time?

‘If it’s helpful, that might be the only way that a young person is going to get that information.’

John Pelletier, director of Champlain College’s Center for Financial Literacy, said the TikTok snippets were a good thing, so long as their messages were accurate and useful. “If it’s helpful, that might be the only way that a young person is going to get that information,” he said, wondering how much could be conveyed within a minute’s time.

Pelletier doesn’t have a TikTok account, but his high school-sophomore son does. The teen recently asked his parents to reward him with $100 if he could make a video go viral, thinking he’d struck gold with footage of himself coming off laughing gas after a wisdom tooth extraction.

He didn’t get the money.

‘No shame in my coupon game’

There was a time when Swanson, the extreme couponer in Wisconsin, threw out coupons and overspent without a second thought. But Swanson — a former retail manager with an eye for deals — started clipping to save cash six years ago when she decided to stay home with her first child. 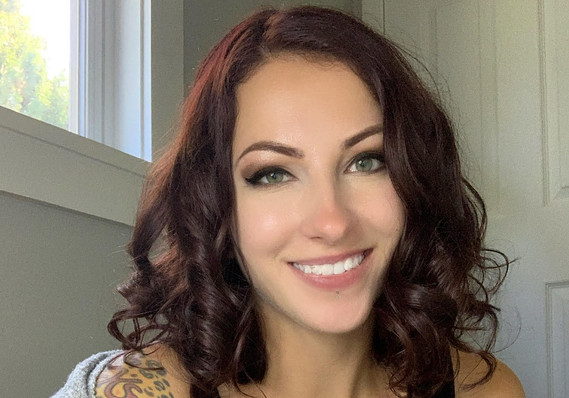 Within three months, she went from “regular couponing” to shave some grocery costs to “extreme couponing,” the quest to save money on everything. She says she now saves $8,000 a year, looking for deals posted on websites, in four newspapers, and on Facebook and Instagram. She spends up to six hours a week searching for coupons, promo codes and discounts.

Swanson started her TikTok account in March out of curiosity. Despite using the handle @coupon_katie, she didn’t intend to talk about coupons on her account.

That changed when someone asked about Swanson’s username and she posted a video of her “stockpile,” a cache of all her deeply discounted purchases. The snippet got approximately 3 million views.

“So I think, maybe I got something,” said Swanson, who said she tries to post one video daily. “And it has just blown up.”

But Swanson puts more time and multiple takes into some other videos — like the one where she dances past a screen shot of “OK boomer” from one naysayer. Dollar bills rain down and a graphic blares, “No shame in my coupon game.”

Swanson is well aware of couponing’s old-fashioned reputation, but she’s trying to show that anyone can do it. “There is no age bracket on couponing,” she said.

Couponing has changed Swanson’s life and some of her followers’ lives, too, she said. She has heard from people who say they can pay for textbooks or make rent, thanks in part to her tips and deal-hunting mindset. “It’s a complete lifestyle change, financially,” she said.

Greg Justice, head of content ops at TikTok, said the app’s “mission is to inspire joy and creativity.” “We’re excited to see how users like @Coupon_Katie are sharing their tips and teaching a new generation how to save,” he said.

Another TikTok user, Raisa, talks about saving money on small things, like breakfast , and big things, like a house she and her husband just bought after paying down $300,000 in debt. The 26-year-old’s videos, posted under the handle @homemakingandstuff, also poke fun at parenting and raising her kids at home. 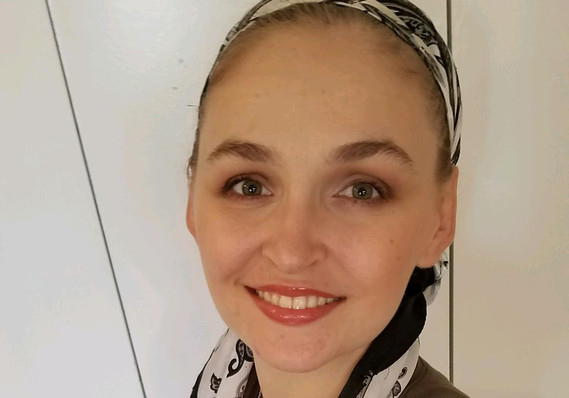 “My goal with creating financial videos on TikTok is to share our relatable journey,” said Raisa, who asked to withhold her last name.

“It is easy to convey a story, share an opinion or an interesting fact about finances in that short of a video,” she added. “However, convincing someone to change their behavior or helping someone realize that they are the reason their financial goals are not being met is a different story altogether.”

A 10-second video of a Roth IRA calculator 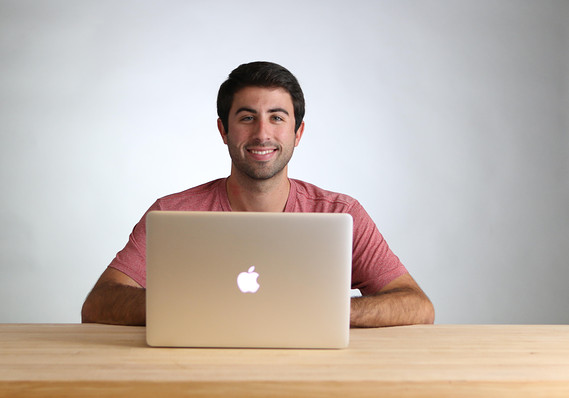 Zorn signed up in September and uses his account to complement his website, Moneynomad.com . On his site, Zorn discusses ways to make money online, like flipping websites and “drop shipping.” He also has a YouTube /zigman2/quotes/205453964/composite GOOG +3.37%   channel, where he goes for a much more polished look.

Zorn’s best-performing video at @moneynomad, with more than 200,000 views so far, is about the merits of investing early and often into a Roth IRA. It’s a 15-second splice of investment projections using a Fidelity calculator. “You think TikTok is a dancing app for attractive people,” Zorn said. “You don’t think it’s where people go and get financial advice.”

He also posted another video about using credit cards wisely to build up a credit score without incurring debt. TikTok took down the video and didn’t explain its reasoning, he said. A TikTok spokeswoman told MarketWatch the video violated the app’s spam policy but declined to elaborate.

Zach Zorn’s best-performing video at @moneynomad, with around 200,000 views so far, is about the merits of investing early and often into a Roth IRA.

But while it was up, the feedback was eye-opening for Zorn. “People were commenting they didn’t realize they weren’t supposed to pay just the minimum,” he said.

“That’s when the light really came on [that] we can educate people and help the people who are not getting the financial education I grew up getting,” he added.

His parents stressed the importance of saving, investing and avoiding showiness with money, he said — right down to ordering water instead of soft drinks when dining out.

Too much online content — on TikTok and elsewhere — makes it sound like people can become rich practically overnight when, in reality, it takes a lot more work, Zorn said. “I think there’s a lot of scamming-type content online, and I want to be the opposite of that.”

People like Pelletier of the Center for Financial Literacy worry TikTok videos, even when accurate, can’t provide the full picture on personal finance. And TikTokers like Zorn, Swanson and Kelley readily acknowledge their videos are overviews, but can’t teach the intricacies of investments or the finer points on couponing. The videos can point viewers to other resources, like YouTube channels or websites.

“It just shows you what’s out there in world that might resonate with you,” Zorn said.

None of the TikTok users MarketWatch interviewed make money off the app. But it gives exposure, and Zorn and Swanson have made money from the YouTube channels noted on their TikTok accounts. In Swanson’s ad-supported channel geared toward dedicated couponers, many videos are at least 10 minutes. “TikTok is more my goofy side and YouTube is more my serious side,” she said.

Some users may soon be able to monetize their TikTok account. The app is allowing some accounts to link to websites on their profile — for example, letting one puppy-costume creator, Pandaloon , link back to a website selling goods.

Even a quick taste of money matters is more than many high schoolers are getting.

More than 90% of teens recently polled agreed it’s “important” to have an economics education, but 47% could not define the term “supply and demand,” according to a November poll from the Charles Koch Foundation and Junior Achievement, a nonprofit that teaches kids about financial literacy and career success.

Less than half of American states require high schoolers to take financial-literacy classes — even when serious money decisions await, like whether to incur student debt or how to use a credit card. College students should have to take financial literacy courses, according to a federal government commission’s recommendation.

See also: This is the most innovative financial literacy program in the U.S. — it gives students paychecks and helps them open bank accounts

Utah is one the 20 states where financial literacy instruction before graduation is mandated. The state’s program is viewed as “best in class,” Pelletier said. 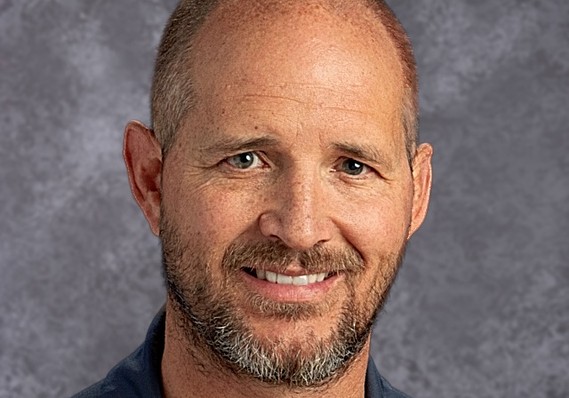 Kelley, a former financial planner, learned of TikTok from his own teenage kids over the summer. Around that time, he was thinking about how best to reach high schoolers who didn’t have a class like his.

Now Kelley boils down his lectures to roughly 60-second summaries. A student holds his phone and the class gives him pointers on what to say and how to say it in order to maximize views. Kelley makes the videos in three takes at most. “My production value is little to none,” he said.

Kelley gets his share of trolls, but the former wrestler doesn’t care and will sometimes mix it up with haters in the comment section. Most of the feedback is positive and commenters often say they wish they had classes like his, Kelley added.

‘The thing I find, they’re sharp, they figure out better and smarter ways to do things.’

Kelley doesn’t buy the idea that Generation Z, born into a world filled with information, is clueless about money. “The thing I find [is] they’re sharp, they figure out better and smarter ways to do things.”

Kelley, for example, had a part-time job at Little Caesars pizza when he was his students’ age. Now some of them are drop-shipping, and Kelley’s own son has a 40-home roster for his lawn-mowing business.

The feedback on his TikTok video about the furniture store’s 21% APR financing offer is telling, he said.

“The fact that teenage kids are consciously aware credit is something they have to be aware of, and is important, is much further ahead than when I was a teenage kid,” Kelley said.