Here are the U.S. cities with the highest growth in job openings and wages 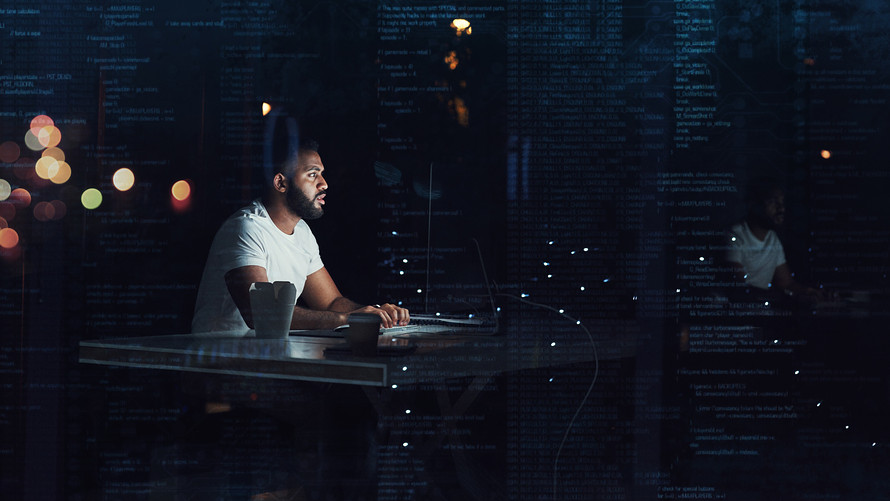 Getty Images
‘Despite a rocky August with recession chatter near fever pitch, the labor market continues to sustain the economic expansion,’ according to a new Glassdoor report.

The U.S. job market is still strong, but some cities appear to have more pep than others.

The top three cities for the most job openings are Boston (up 8.4% year over year in September with 152,683 open jobs), Philadelphia (up 6.4% over the same period with 112,692 open jobs) and Atlanta (up 5.5% with 192,889 open jobs), according to Glassdoor’s latest job market report . That compares favorably to an overall growth of 3.5% in job openings annually in September, with total open job openings nearing 6 million.

Government figures provide a deeper dive into actual job growth across 52 major metro areas. Ocean City, N.J. had the largest annual percentage increase in actual job growth (7%) in August, according to the latest data released by the Bureau of Labor Statistics last week, followed by Reno, Nev. (5.5%), and Ogden-Clearfield, Utah (4.6%). Glassdoor’s analysis is based on millions of online jobs and salaries in major metro areas across the U.S. listed on its site.

‘Today’s [jobs] growth is a far cry from the blockbuster job market in 2018. Growth in job openings slowed to 3.5% in September.’

The increase in worker pay over the past 12 months fell to 2.9% in September from 3.2%, according to the latest government figures released Friday.

Unemployment hit a 50-year low of 3.5% in September, according to the government snapshot of the labor market released Friday. The data showed that the economy added 136,000 new jobs last month. Economists polled by MarketWatch had forecast a 150,000 increase. This is the slowest pace of job growth in four months, as businesses grew more cautious about hiring, but employment gains for August and July revised up by a combined 45,000.

“Today’s growth is a far cry from the blockbuster job market in 2018,” said Glassdoor senior economist Daniel Zhao. “Growth in job openings slowed to 3.5% in September, continuing a long-running trend of modest growth in 2019.” That compares to more than 10% this time last year. “Job openings on Glassdoor remain just shy of the 6 million mark, indicating a tight labor market with employers still looking for increasingly scarce workers to fill their open roles,” Zhao said. 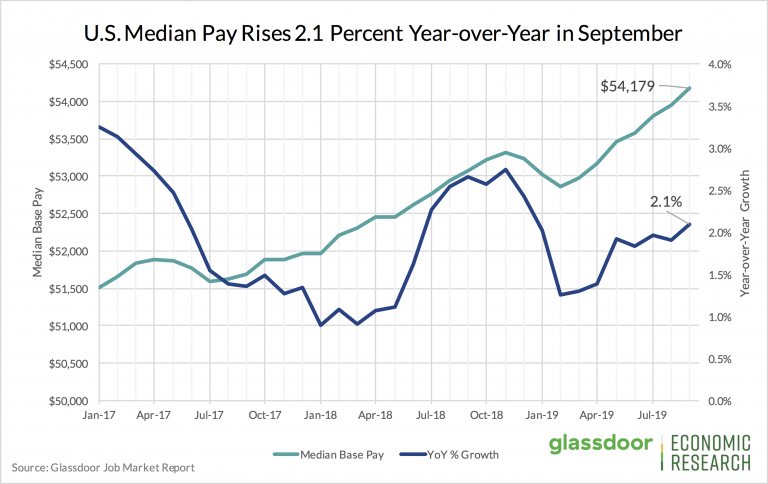 “Despite a rocky August with recession chatter near fever pitch, the labor market continues to sustain the economic expansion,” the report said. “Crucially, the Federal Reserve’s decision in September to cut interest rates was in spite of, and not because of, the labor market. Additionally, while the trade war has negatively impacted sectors like manufacturing, consumer spending has been resilient.”

Software developers, physical therapists and physician assistants crop up frequently among the highest-paid and fastest-growing jobs in every U.S. state.

“The risk, however, is that the latest and forthcoming rounds of tariffs on consumer goods could extend the trade war’s impacts to the broader economy,” it added. “For the time being, Glassdoor data suggests that the labor market is shrugging off trade uncertainty and continuing to plow forward and sustain the economic expansion.”

Software developers, physical therapists and physician assistants crop up frequently among the highest-paid and fastest-growing job openings in every U.S. state, according to a separate analysis by CareerBuilder, another jobs and careers site. That site analyzed government data to project the careers most likely to be lucrative and in demand. Most of these jobs require some level of college education. 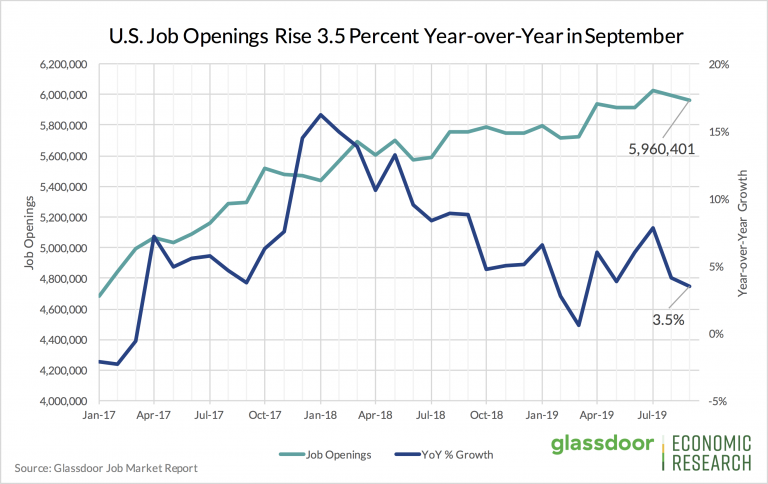 Home-health and personal-care aides were among the lowest paid and the fastest growing job openings in every U.S. state and Washington, D.C., and require a high-school diploma or equivalent. The median pay for these jobs was $24,060 per year or $11.57 per hour, according to the BLS. But the demand for these jobs is projected to increase by 41% between 2016 and 2026.

A separate report by the U.S. News & World Report on the best jobs of the year lists software developers as No. 1. The position offers flexible hours and remote work opportunities, while investing in individuals’ personal and professional development. Like data scientists, software developers have a median annual salary of more than $100,000. They’re employed in computer systems design, manufacturing and finance. Physician assistants were No. 2, followed by dentists.