Raytheon-United Technologies deal may work out, but mergers can be painful for investors 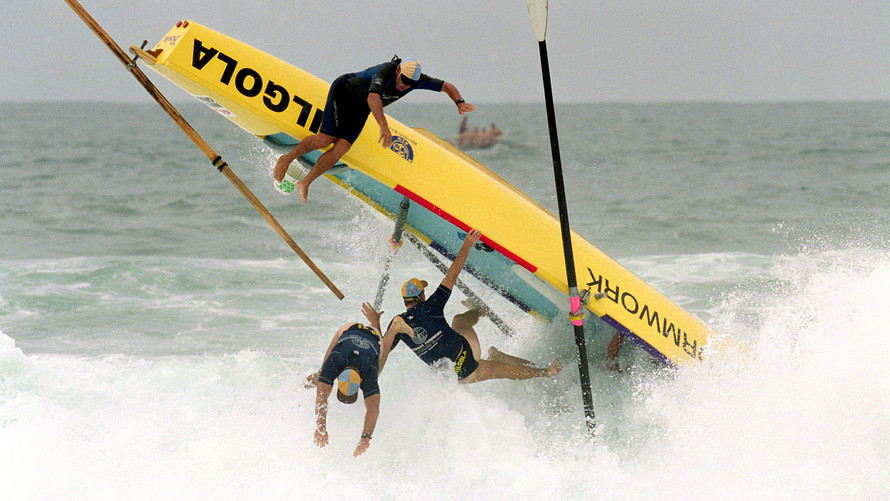 The defense industry mega-merger between United Technologies and Raytheon is big news, but is bigger always better?

There are obvious benefits to the deal announced Sunday. United Technologies /zigman2/quotes/203237915/composite UTX -0.40%  and Raytheon Co. /zigman2/quotes/203226062/composite RTN -0.68%   will combine to create a $100 billion-plus aerospace giant, the second largest in the word behind Boeing Company /zigman2/quotes/208579720/composite BA -0.17%  , and put pressure on the Pentagon now that there's one less bidder for big-ticket contracts. There also isn't a buyout premium in the cards, so shareholders are being asked to evaluate the deal based on present value and not the promise of big future synergies.

But as history shows, these megadeals aren't always such a good idea. Sometimes the numbers simply don't materialize as investors and management planned — or even worse, the deals were built on a pile of lies.

Only time will tell how United Technologies and Raytheon shareholders will judge this proposed deal, if and when it’s approved. But the following seven deals are proof positive that big-time mergers can result in big-time mayhem for shareholders:

Back at the peak of the late 1990s dot-com craze, AOL Time Warner was created through a $165 billion megamerger announced in January 2000. Both companies were generally correct about the huge potential for traditional media to use the internet as a springboard, but the timing was just terrible as the tech bubble burst. Thanks to the cutbacks and forced write-downs of assets that followed, the company posted a staggering $99 billion operating loss in fiscal 2002. Eventually, AOL was spun back out as a separate company in 2009 with a value of less than $3.5 billion in an end to what could be the most ill-fated megamerger in market history.

2. Bank of America and Countrywide Financial

It's tempting to think that ill-timed deals don't get worse than AOL-Time Warner. But Bank of America /zigman2/quotes/200894270/composite BAC +1.31%  closing on the acquisition of mortgage giant Countrywide Financial in July 2008 may top even that mess. The deal cost Bank of America roughly $50 billion due to bad mortgages, according to a Charlotte Observer report . Timing played a large part in the disaster, but even insiders now admit that Bank of America was aware of the potential danger it was getting into by buying Countrywide's portfolio of aggressive mortgages. BofA forged ahead anyway, and in ways continues to pay the price for that decision more than a decade later.

In 2015, Warren Buffett called the $36 billion deal to create Kraft Heinz Company /zigman2/quotes/203625533/composite KHC -0.07%   as "my kind of transaction." With an instant pop of 24% for Kraft stock and a $10 billion special dividend allowance, why shouldn't it be? Shareholders of common stock who bought in after the deal have had far less to be pleased about. The combined Kraft Heinz stock began trading at just under $80 a share in 2015 and is now well under $30 due to deep cost-cutting that has left the product line behind current consumer tastes, along with a recent SEC investigation, deep write-offs, and quarterly losses.

As part of a wave of telecom consolidation in the early 2000s, Sprint /zigman2/quotes/208685669/composite S +3.49%   and Nextel agreed to a $35 billion "merger of equals" in 2004. The theory was that Sprint's consumer customers combined with Nextel's business-focused network would position the merged entity for success in a highly competitive wireless market that was then in its early stages. Then a series of missteps — most embarrassingly not carrying the iPhone for the first four years of its existence — along with a rash of executive departures , left Sprint flat-footed. Sprint stock trades at less than a third of its 2005 price, and the combined revenue of $34 billion for Sprint-Nextel at the time of the merger announcement is larger than the company’s revenue now.

A snake-bitten telecom merger of a much different kind was the mashup of old-school phone companies MCI and WorldCom in 1998 for $44 billion . Investors soon learned that this merger and others orchestrated by WorldCom CEO Bernie Ebbers were all built on fake numbers; Ebbers was convicted in 2005 of orchestrating $11 billion worth of accounting frauds and sentenced to 25 years in jail. Needless to say, investors who thought they were banking on the merger creating a global communications leader were sorely disappointed.

The past two decades have been quite the corporate soap opera at HP /zigman2/quotes/203461582/composite HPQ +0.85%  , which was once seen as a Big Tech icon but fell behind quickly in this mobile age. In fairness, it's hard to have a long-term strategy that fosters innovation with six different CEOs from 2005 to 2011. Amid that chaotic environment, Hewlett-Packard made the decision to acquire European data-firm Autonomy for almost $12 billion in 2011 — but by 2012, HP learned it had been lied to about what it was actually buying. By 2018, HP had suffered a close to $9 billion write-down and two leading Autonomy execs had been charged with fraud.

In some ways, the Sears and Kmart merger was a tremendous money-maker. But that definition only applies if you're Eddie Lampert, the hedge-fund wizard who proposed the $11 billion deal in 2004 and proceeded to make a small fortune by naming himself CEO, extending junk bonds to the company through his hedge fund, and generally driving the combined entity into the ground for his own personal gain. A 2018 report by Institutional Investor found that Lampert has made $1.4 billion on this deal while creditors wait on  bankruptcy courts to figure out some $11 billion in unpaid bills, tens of thousands have been left jobless, and shareholders have been left with next to nothing. While this deal may not have the formal charges of fraud that go with WorldCom or Autonomy, in the eyes of many the actions of Eddie Lampert in the wake of this failed merger aren't much better.

More: As United Technologies and Raytheon merge, here are the hottest defense-sector stocks

Jeff Reeves is a stock analyst who has been writing for MarketWatch since 2010.