These four fund managers’ secret to success: Don’t go with your gut on stocks

What investors need is ‘second-level thinking’ to avoid making mistakes 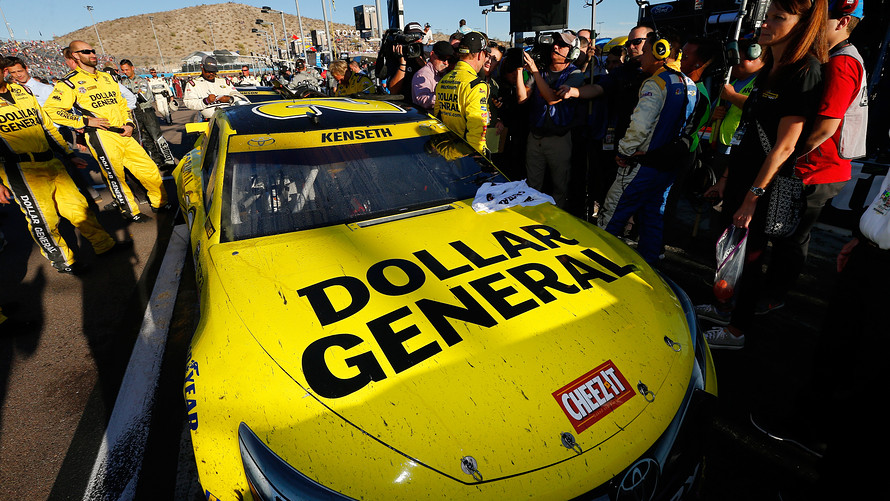 Getty Images
Dollar General appears to be thriving as other retailers struggle to compete.

Are you the type of investor who goes with your gut or follows the herd? Or do you deliberate, considering a company from all angles — even trying to find the flaws in your own thinking?

Taking the extra time can help you improve the performance of your investments.

The two stocks have taken divergent paths in that span: 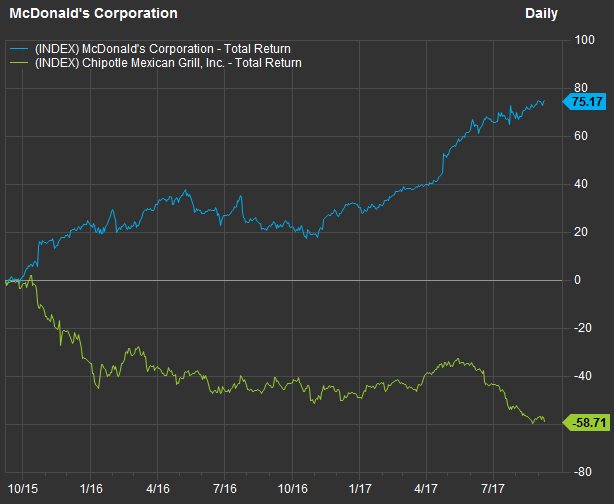 Hardly anybody predicted that Chipotle would suffer so badly — and for so long — from the food-safety problems that began in July 2015.

Remember that, before Chipotle’s decline, many investors just “knew” that its restaurants represented the wave of the future for fast food and that stodgy McDonald’s could never compete in food quality or service.

Chipotle, famous for its made-to-order burritos since it went public in 2006, was growing quickly and faring better in customer-satisfaction surveys. McDonald’s, meanwhile, had a new CEO who was trying to turn around the hamburger chain. An investors’s first reaction might be to buy shares of Chipotle and avoid or short-sell McDonald’s. Bilello calls that “first-level thinking.”

Bilello goes on to describe “second-level thinking.” An investor might have concluded, upon deeper reflection, that Chipotle’s stock was overvalued, or that its earnings might not rise as quickly as expected. The burrito chain might even suffer from growing pains, which is common in the industry. The investor also may have been attracted to the low valuation for McDonald’s shares, and expect its earnings to decline less than expected. McDonald’s, after all, has weathered many storms since its founding in 1955.

In the end, the investor who picked old-school McDonald’s over new and exciting Chipotle made a lot of money.

We spoke with four professional money managers, and each named at least one company they thought was undervalued based on their own second-level thinking:

Richard “Trip” Miller of Gullane Capital LLC said he is always looking for a “catalyst” for bargains among companies or industries that are out of favor with most investors.

“With everybody being so negative so long on retail, a lot of really great businesses have unfairly gotten punished,” he said, singling out Dollar General Corp. /zigman2/quotes/200691429/composite DG +1.64%

What sets Dollar General apart from most U.S. retailers is its rapid expansion. The company plans to open 1,000 new stores this year, while purchasing another 300. It had 13,429 stores as of March 3, and Miller expects it to expand to 20,000 within five years.

One reason for the company’s ability to survive, and even thrive, during the “age of Amazon,” according to Miller, is that 70% of its stores are in markets with fewer than 20,000 people. In those areas, people “are more likely to walk or ride a short distance for daily purchases,” he said.

Miller complemented Dollar General’s management team for using “zero-based budgeting,” which means that every year they scrutinize every type of spending, rather than assuming a certain percentage increase for budget items. He appreciates the company’s continued share repurchases.

There have been some pretty wide swings over the past year: 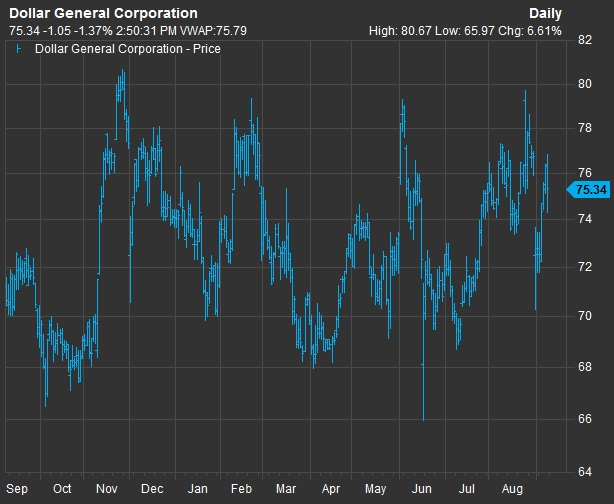