The Financial Diet, a personal finance blog started in 2014, has just released a book of the same name 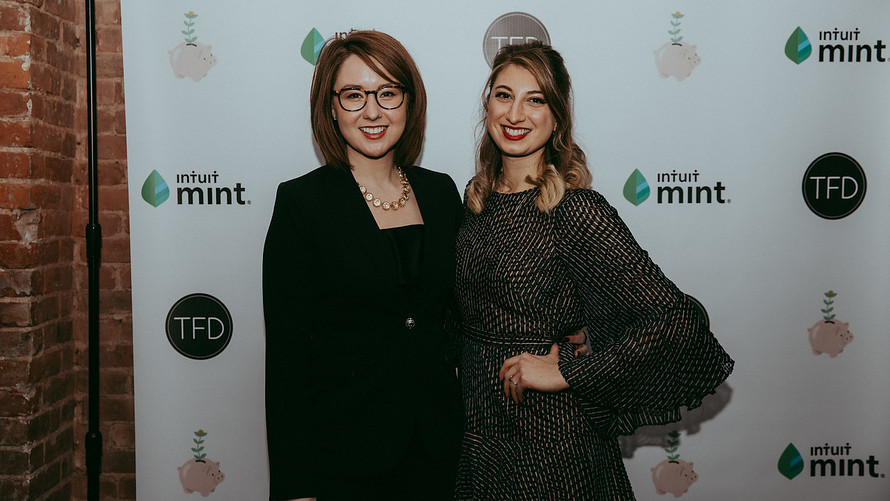 When writer Chelsea Fagan started The Financial Diet in 2014, it was her attempt at improving her finances, and staying accountable. Since then, it has become a site that keeps thousands of other readers accountable too.

The site, which is geared toward young women, approaches money from various standpoints — those with student loan debt, trying to build a career, looking to balance love and money (or friendship and money) and even personal finance in the kitchen.

With their success, Fagan and her cofounder Lauren Ver Hage, recently released the book “The Financial Diet: A Total Beginner’s Guide to Getting Good with Money” (published by Holt Paperbacks ). Blogs are great, Fagan said, but the internet can be a difficult place to tell an all-encompassing story. “Money deserves to be talked about that way,” she said.

Fagan spoke with MarketWatch about all things money:

MarketWatch: Can you tell me a bit about your own background with money?

Chelsea Fagan: I was completely disinterested in money and very actively bad at it, in a negligent maxed-out-credit-card-and-throw-it-away sort of thing. I felt the conversation around money was not speaking to me. A lot of talk about money and on television as well is very prescriptive and very harsh, about what people do wrong. I wanted to approach money the way that 21-year-old me would be interested in reading it.

Fagan: I realized I was at a point in my life where I had all of the ingredients but not the sort of inner voice directing me. I had a salary, an option of a 401(k). I had an apartment I loved. I had all the ingredients to have a solid budget, but I needed to push myself into doing it. So I started the blog opportunistically to hold myself accountable.

MarketWatch: Who would you say is your audience?

Fagan: Young women who are interested in getting good with money but feel alienated about how to start.

MarketWatch: Why is it important that there’s a platform specifically for them?

Fagan: Ninety percent of personal finance is geared toward men. You’d be hard pressed to find a personal finance site that digs deep into things like wage gap and maternity leave in the country, and things that are extremely impactful on women’s lives.

While most of our advice is just as interesting for a man and just as applicable to a man, we found that we are not interested in appealing to them. We have some male readers and viewers, and we love them, but we don’t seek them out. People assume that a media property or magazine or book is gender neutral if it is geared toward men, and if it is geared toward women it is perceived as aggressively gendered. To us, our work feels pretty neutral. It is an industry and a genre in particular that can benefit from hearing from women.

‘While most of our advice is just as interesting for a man and just as applicable to a man, we found that we are not interested in appealing to them.’

MarketWatch: What makes for a fresh perspective and why is it important to consistently publish them? I was particularly struck by the story on living in a big city as a 30-year-old with a toddler and “An Open Letter to Anyone with Nothing Left to Cut From Their Budget.”

Fagan: Perspective is fresh when it is honest. Money is interesting enough by itself. A lot of people who contribute aren’t even writers. Unique financial situations come from teachers, nurses and real estate agents, and all of these people who are not normally a part of the conversation but have incredibly interesting and valuable things to say.

MarketWatch: How would you describe the way most young adults, such as millennials and maybe even the next generation, approach money, and why might that be?

Fagan: Most of them are in debt. Average student debt is $44,000. That is life-changing, and deeply impacts their view of not just their own finances, but finances in general. Millennials are going to be worse off financially than their parents. A lot of them are unemployed or underemployed. It is a bleak landscape for most young adults, and it is natural for young people to feel totally alienated. They can’t even think in terms of investments and long-term strategies because they are focused on getting by on a day-to-day basis. 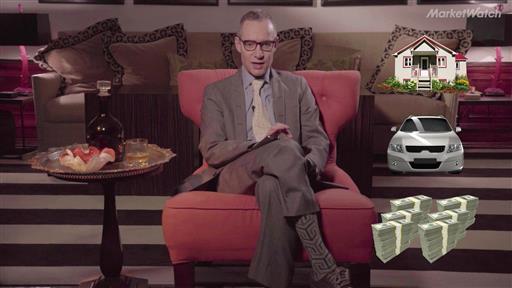 The Moneyist: What to do about your finances during a divorce

In this episode, The Moneyist helps a woman decide how to handle her finances while divorcing a husband who didn't contribute financially.

While we are always going to talk about the future and making smart choices, we try to be conscious that a lot of people can’t afford to make good choices and don’t have options with what to do with their money: 50% of people are one $500 emergency away from bankruptcy, not in the legal sense but by being completely broke, and that is something that the personal finance world has not recognized. It is difficult to talk about.

‘It is natural for young people to feel totally alienated. They can’t even think in terms of investments and long-term strategies because they are focused on getting by on a day-to-day basis.’

A lot of young people are going to be working into their 70s and are not guaranteed a high quality of life. A millennial who is six figures in student debt when they’re 18 years old and they’re making $33,000 a year, you can’t ask that person why they’re not interested in money. It’s completely understandable why they wouldn’t be, and the question is, how do we find solutions for everybody?

MarketWatch: What are the biggest questions or myths about money?

Fagan: Credit — how to use it and not be afraid of credit cards, and to use it in an intelligent way. Home ownership is low among millennials and we have people asking the logistics of buying a home. Most people that we find tend to think investments just mean individual stocks and retirement funds, and investing doesn’t have to mean individual stock picking and, in my opinion, shouldn’t. So we would say second-tier financial concepts people have a hard time with.

MarketWatch: The Financial Diet focuses on relationships, friendships, food and home decor as well. How does money fit into these aspects of life?

Fagan: Most personal finance tends to neglect the realities of living a day-to-day life. One of the most popular topics is early retirement, which is a very specific way of living most people are not interested in. If you base any financial planning on living an extremely reduced lifestyle, you’re cutting the majority out.

Chances are good if everyone stopped going to restaurants, stopped paying for Netflix /zigman2/quotes/202353025/composite NFLX -1.53%  and stopped going to movies and stopped buying clothes, they could save a ton of money and be in a better place, but the reality is, not many people are interested in doing that.

You can either yell at them and hopefully they’ll see the light, or meet them where they’re standing and say, ‘Hey, how about instead of seeing three movies a month, you see one a month and two at home? Or you get Moviepass. Or you can set a budget and cap it out at a certain amount and see what fits into it.’There are a million ways to break it down. You have to be conscious that people will be living their lives and making mistakes and spending on “wasteful things.”

That’s why we call it The Financial Diet, because it only works if it is moderate and adapted to your lifestyle.

(This interview has been edited for style and space.)