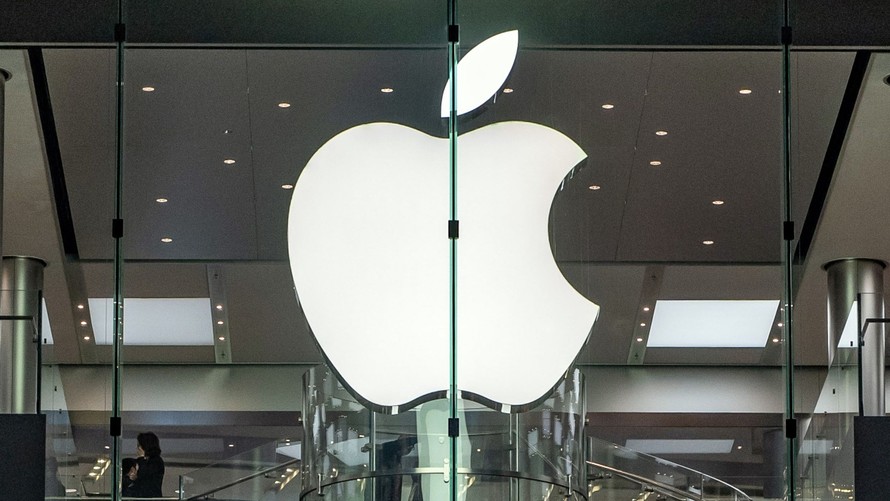 The list includes Apple (NAS:AAPL) , which rose to a record intraday high of $249.25 before closing at $246.58. Here’s a chart showing how Apple’s stock has performed over the past year: 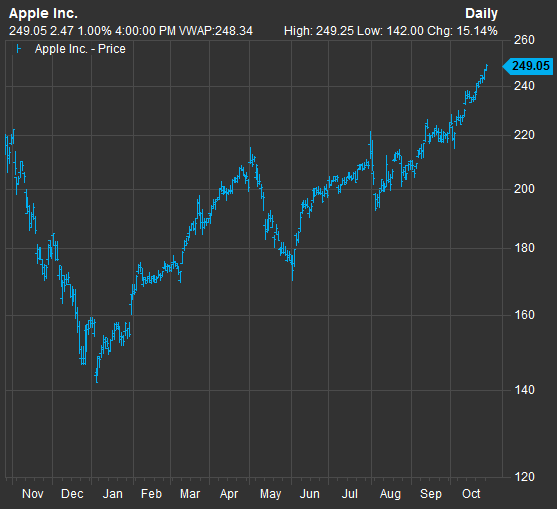 The Federal Open Market Committee will hold its regular meeting Tuesday and Wednesday, followed by a policy announcement at 2 p.m. ET Wednesday. This follows a major change of direction for the Federal Reserve, which has started a program to purchase $60 billion a month in U.S. Treasury bills until the end of the year, after taking extraordinary action to shore up overnight liquidity, starting in September. Sven Henrich has called these actions “stealth intervention.”

Read: He warned the Fed might lose control over a $2 trillion interest-rate market — now he says it might happen again

The central bank lowered the federal funds target range by a quarter point July 31 and then by another quarter point Sept. 18 to the current range of 1.75% to 2%. Here’s why investors may see a third cut Wednesday.

New stimulus at home, negative interest rates in Europe and the European Central Bank’s decision to resume its own bond-buying to the tune of $20 billion euros ($22 billion) a month can all be seen as contributing factors to rising stock and bond prices in the U.S. Yield-seeking investors are turning away from Europe and Japan, where bonds with negative yields to maturity total more than $17 billion , according to Bloomberg.

Read: Mario Draghi saved the euro, but leaves ECB at a crossroads

Among the S&P 500, 14 companies saw their stocks hit all-time highs (adjusted for splits and spin-offs) Monday, but the list includes 15 stocks, with both Alphabet (NAS:GOOG)   (NAS:GOOGL)  share classes represented. Here’s the list in alphabetical order:

You can click the tickers for more about each company.