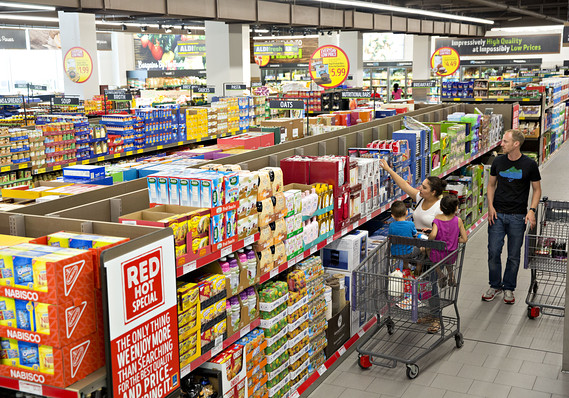 Enlarge Image
Consumer spending, which makes up about 70% of gross domestic product, continues to be prime driver of output.

The numbers: Gross domestic product decelerated a bit to a 3.5% annual pace in the third quarter, down from torrid 4.2% pace in the prior three months, the government said Friday. GDP is the official measuring stick for the U.S. economy. The gain was very close to Wall Street estimates. Economists polled by MarketWatch estimated that GDP would rise at a 3.4% rate. Expansion in the last two quarters is the fastest six months of growth in four years. The economy looks like it will expand above a 3% rate in 2018. That hasn’t happened since 2005. At the same time, inflation cooled in the third quarter. 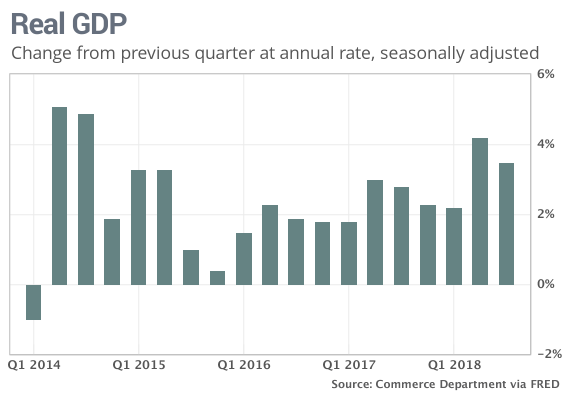 What happened: Consumer spending rose 4% in the third quarter, even stronger than the prior three months. This was offset by a slowdown in business and residential investment. Household investment has fallen for three straight quarters.

Final sales to private domestic purchasers, a good measure of domestic demand that excludes inventories and trade, rose 3.1%, down from 4.3% in the prior three months.

Government spending picked up, expanding 3.3% after a 2.5% gain in the second quarter.

Big picture: The second quarter might have been the peak quarterly growth rate of this business cycle because it was when the biggest impact of the Trump tax cuts hit the economy. But growth remains at a solid clip. The third quarter is the second-fastest pace in four years, after the previous quarter’s torrid pace.

And economists are forecasting close to a 3% growth rate for the fourth quarter. The outlook for 2019 is less certain.

President Donald Trump seems to be preparing for slower growth next year, already blaming the Federal Reserve for any slowdown.

For his part, Fed Chairman Jerome Powell has made clear he wants to keep raising rates at a gradual pace, widely defined as a quarter-point increase every three months. That would put the next move in December. That’s enough to keep the labor market tight. The inflation data suggest Powell can keep moving at this gradual pace. While Fed officials acknowledge the economy is slowing down, they see it remaining close to 2% over the next year. Only a small minority at the Fed want the central bank to pause. The president doesn’t have a vote.

What are they saying?: “The latest health check-up revealed an ageing but still robust US economy. However, the doctor recommends avoiding any unnecessary exposure to cold headwinds!” said Gregory Daco, chief U.S. economist at Oxford Economics.

Read: GDP ‘impressive’ but there are soft spots, economists say

Market reaction: There was a broad selloff in stocks again Friday. The Dow Jones Industrial Average /zigman2/quotes/210598065/realtime DJIA -1.11% was recently down about 300 points.