How insiders will feast on Aramark’s third IPO

Commentary: Investors should heed the debt, watch the dividend

How many times can a company go public? The answer seems to be three. And Philadelphia-based Aramark Corp. is among the few companies that have filed for an initial public stock offering for the third time.

With the stock market close enough to its all time high, it’s time for a big investor group to cash out of Aramark, once again. Earlier this week, an entity called Aramark Holdings Corp. filed IPO registration papers. The company did not name a date, and the $100 million it says it wants to raise is a tentative figure. 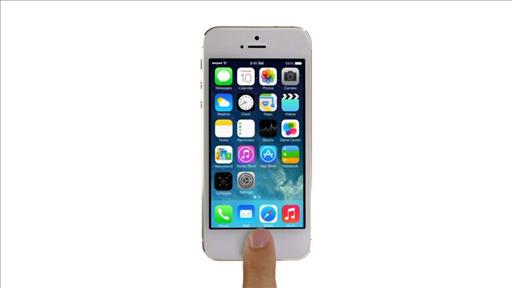 Walt Mossberg joins the News Hub from Cupertino, Calif., with his take on Apple's new iPhone 5s and iPhone 5c.

In the history of America’s flip-this-corporation economy only, perhaps, three companies have pulled off this many IPOs, according to Jay R. Ritter, a finance professor at the University of Florida in Gainesville, who keeps a database on IPOs that goes back to 1975. They are hospital operator HCA Holdings Inc. (NYS:HCA)  , medical imaging company Alliance HealthCare Services Inc. (NAS:AIQ)  , and office furniture makers Knoll Inc. (NYS:KNL)

Aramark would be the fourth.

The proceeds would be used to pay down the billions in debt that Aramark’s private equity owners ran up to acquire the company in 2007. They also borrowed money to pay themselves a $712 million dividend in 2011.

They bought Aramark at a market peak, just before the economy collapsed, and what’s left is a steady income stream that serves a big pile of debt.

In its registration statement , Aramark says it’s “highly leveraged” with more than $6.2 billion in debt. This massive debt load comes despite the fact that Aramark’s capital expenditures totaled only 2.4% of its annual sales over the past five years.

Aramark has benefited from lower interest rates and from pushing out its debt maturities into the future. Meantime, it earned $104 million on relatively flat revenue of $13.5 billion last year.

Aramark has been able to take on this much debt because its revenues are a sure thing: People eat Aramark’s cooking mainly because they have to.

The company serves a million meals a day at 600 correctional facilities across North America — but this represents only 4% of its business. The rest comes from sports arenas, 12%; hospitals, 17%; school cafeterias, 26%, and workplace cafeterias, 41%.

The people eating its food are basically stuck in captive situations. Remember those 33 Chilean miners trapped under ground for 45 days in 2010? Aramark was brought in to serve them vacuum-packed meals.

About 60% of the food Aramark serves simply rolls off a Sysco Corp. truck. And if you’ve ever paid $15 for hot dog and a beer at a football game, you have probably complained that Aramark is doing too good of a business.

Private-equity backed IPOs like this, despite their high debt loads, usually turn out like Aramark’s food — just sort of OK. “Historically, buyer-backed IPOs have not been good opportunities to get rich quick,” said Ritter, “but they haven’t been something that investors have been getting shafted on.”

One recent example: Goldman Sachs and Warren Buffett unloaded SeaWorld Entertainment Inc. (NYS:SEAS)  on the public in April for $27 a share. The stock soared above $38, because SeaWorld has a buzz factor, but the stock now trades for about $29 and change.

While Aramark is well-known to the public, it doesn’t have a Shamu to spark the imagination. This is likely a deal for institutional investors, who will look at the debt load and the cash flow, and see what’s left to pay dividends. The company hasn’t said how much of a dividend it plans to pay and adds that its ability to do so is restricted by its debt covenants.

The dividend is probably the most important number behind the entire deal. Customers are stuck with the food. Employees aren’t paid much to serve it. And investors are only there to sop up the gravy — if there’s any left.