This 31-year-old sold $700,000 of stuff online without buying any inventory 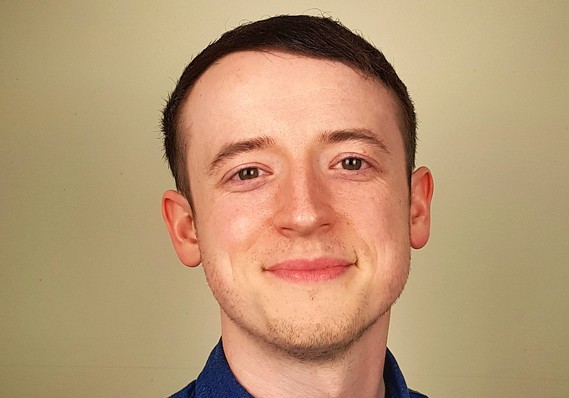 Christopher Wane
Online retailer Chris Wane: ‘I really just wanted an extra 200 pounds a month to help pay the bills and maybe save up for a holiday.’

Two years ago, Chris Wane , a now 31-year-old living in Manchester, England, was struggling to pay his bills and often couldn’t afford enough food for the week.

Today, things are different. He has paid off his mortgage and just came back from a two-week road-trip across America. “It’s crazy. I can basically go where I want and not worry about the financials of it,” Wane told MarketWatch. “Two years ago, I couldn’t afford a taxi.”

What changed? Wane started an e-commerce business and used drop shipping — a practice in which a retailer keeps no inventory and a third-party supplier sends consumers the products — to handle orders.

“I heard about drop-shipping a couple of years ago, and I wanted to try it,” Wane said. “I really just wanted an extra 200 pounds a month to help pay the bills and maybe save up for a holiday.”

He soon became a lot more successful than he originally envisioned. “My first five stores failed,” he said. “But my sixth store that really took off,” he said. He didn’t want to reveal the name of the website but describes it as a “general store” — think Amazon /zigman2/quotes/210331248/composite AMZN -2.65%  but with far fewer products. He says he has sold everything from snow goggles and sunglasses to lamps and garden products. With the store, he’s brought in over $700,000 in sales, and made a $125,000 profit.

Many, Wane included, offer courses that they promise will teach you how you can also make thousands selling products online without inventory. Part of the reason Wane chose not to reveal the name of his store to MarketWatch is that he didn’t want to share the secrets of a successful drop shipping business with those who haven’t paid for his $397 academy.

How does it work?

Wane uses Shopify /zigman2/quotes/209033712/composite SHOP -2.79%  to sell his products. It costs $29 each month and allows individuals to build a website they can use to sell their products. Some e-commerce alternatives to Shopify include BigCommerce, whose standard monthly plans cost $29.95, and Volusion, which will set you back anywhere from $15 to $135 a month, depending on your plan.

“There’s an app called Oberlo, which allows you to add products from AliExpress to your Shopify website,” Wane said. “You basically find products, import them to your store, change the description so that they look more professional, and change the price.”

That’s the major hurdle for most people who want to get into “drop-shipping,” he said. “You don’t have any inventory, so there’s no cost there. You just have to pay $29 for a Shopify account and maybe $10 for a domain name. The first big cost is Facebook ads.”

If your ads are successful and people choose to order your products, they will be sent directly from the supplier. “You don’t pay for anything until a customer pays you,” Wane explained. “Say you’re selling a product for $30 and it costs $10 from the supplier — you take $10 and pay the supplier for it. No bulk buys or anything like that. And then you get the supplier to ship it anywhere in the world.”

The downside: His business has a 2.59% customer return rate, according to his Shopify analytics Wane shared with MarketWatch.

“The seller is just an intermediary or a middle man,” Ari Lightman, a professor of digital media and marketing at Carnegie Mellon, told MarketWatch. “They never need to see the products they’re selling.”

Not everyone is successful

There are a few reasons they aren’t successful, according to Wane. For one, they could be selling the wrong products. “I look at trends, and I look at demand in products,” he told MarketWatch. “There was a high demand for sunglasses, especially in the UK because we had a really hot July.”

Another reason: A poorly designed website. “The website is the brand,” Wane says. “People trust me because of my brand in the same way people trust Amazon. If your website looks unprofessional, people won’t trust you.”

But the most important factor is Facebook. “My first five stores failed because I didn’t know how to use Facebook ads correctly. Facebook has so much information on you — the ads can be very specific and targeted. But if you’re spending $1,000 on Facebook ads and targeting the wrong group of people, you won’t make any sales.”

Many say it’s a form of online trickery

Most consumers first see these drop-shipped, Chinese products being advertised on social media sites like Facebook. And many who have bought them feel like they’ve been tricked.

Ana Carlson, who lives in Los Angeles and runs a plant-decor store online, says her mom has been deceived twice.

“I’ve never really noticed these ads on Facebook because I simply tune them out. They look sketchy to me,” Carlson said. “But a lot of older people like my mom don’t think they look shady.”

Carlson’s mom first bought a dress from one of these drop-shipping sites, and it turned out to be far smaller than she had expected. She had trouble getting in contact with the site’s customer service and decided to give the dress away.

She didn’t tell her daughter about the situation until she was fooled again. “She ordered a bra from one of these sites. When it arrived, it was so small that it would not fit any adult,” Carlson said.

This time, Carlson looked at the site. “They were selling all sorts of things. It was a very messy and spammy looking site,” she remembers. Eventually, she found an email and tried to contact customer service. The site responded with a message saying they didn’t have a refund policy. Carlson’s mom eventually received a refund on the bra from her credit-card company, but she never got any money back on the dress.

The same happened to John Frigo, who has run e-commerce stores in the past selling nutrient supplements. “The last item I bought that was clearly drop-shipped was a camping backpack,” Frigo told MarketWatch. “I saw it on Instagram, and it was advertised as high quality and super durable.”

After taking five weeks to arrive, the backpack turned out to be “super thin and flimsy,” Frigo said. “And the zipper broke within two days.”

“These people who sell the products have never seen them,” Carlson said. “They’re not interested in serving customers. They just want to make a quick buck.”

Wane says he vets all of his suppliers and the products they produce before he advertises them. Only about 1 to 2% of his customers try to return their orders, he estimated. He first offers these customers a 15% discount. If they’re still set on returning the product, he asks them to ship it to him and he refunds the order completely.

“A lot of people say you’re just selling cheap Chinese products online,” he said. “These are the same products people are buying on Amazon, and people are quite happy buying them from there simply because they trust Amazon’s name. But it’s no different.”

And he emphasized that some of the products are good. “When we had the heat wave in Europe, I started selling personal air conditioners. You find a product that solves problems for people, and you sell it — it won’t sell well if it doesn’t work.”