This app will analyze your DNA to help you lose weight 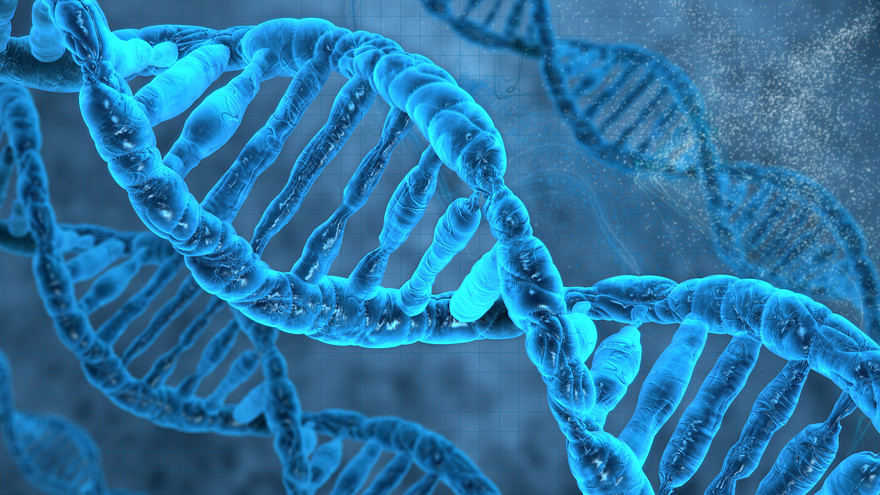 Shutterstock.com
This new DNA testing service will analyze everything from your body mass index and how you metabolize certain nutrients in the body to your endurance during and after exercise.

Could your sweat (or saliva) be a clue to a successful weight loss regime?

The weight-loss app Lose It! and Silicon Valley DNA analytics start-up Helix on Monday released embodyDNA, a service that analyzes 16 different traits as they relate to weight loss, nutrition, fitness and sensitivities to certain foods. It measures everything from body mass index and the metabolism of nutrients to muscle mass and gluten tolerance to give people insights into their genetic makeup, says Kevin McCoy, senior vice president of business development at the Boston-based Lose It.

It costs $190 for a new customer or $110 if you are previous Helix customer. 23AndMe provides ancestry information, but there several other companies provide DNA analysis and nutrition programs to help with weight loss, including DNAFit , Fitness Genes and Nutrigenomix . They can cost as much as $289, depending on the plan. (Privacy policies vary for each service, but Lose It users must opt into their data being aggregated anonymously for future research.)

There are over 100 locations across the genome that play roles in various obesity traits, according to this 2015 study of more than 500,000 genetic samples published in the journal Nature by researchers at the University of Michigan. “The large number of genes makes it less likely that one solution to beat obesity will work for everyone and opens the door to possible ways we could use genetic clues to help defeat obesity,” senior study author Elizabeth Speliotes said.

But other more recent studies put less emphasis on the link between obesity and DNA. While genotype plays a role in obesity, another 2016 study in the British Medical Journal found that individuals carrying a gene that might give them a propensity for obesity respond equally well to a change in diet, physical activity and/or drug-based weight loss treatments. A genetic predisposition to obesity “can be at least partly counteracted through such interventions,” it concluded.

Some fitness experts are also sanguine about the usefulness of these DNA analytic services for dieting. Anne Machalinski, a writer for Self magazine and marathon runner, tried Fitness Genes service and was told she had an increased obesity risk and had muscles that recovered quickly from exercise. “These recommendations are essentially common sense of the ‘eat less and move more’ variety,” she wrote for Self , “plus a push for resistance, strength and high intensity interval training.”

Still, as this 2016 study in the British Medical Journal concluded, DNA analysis can motivate people to lose weight. It can be a life or death decision: Weight gain in early and middle adulthood will increase health risks later in life, researchers at the Harvard T.H. Chan School of Public Health said last week. People who gained 5 to 22 pounds before aged 55 increased their risk of premature death, chronic diseases and decreased the likelihood of achieving healthy aging, it found.

On the plus side, there’s also plenty of other common sense data to help people stay fit and healthy. Americans log nearly 6% more calories on Saturdays than any other day of the week, and an extra 3% calories than normal on Fridays, according to separate analysis of millions of calorie counters from Lose It! Breakfast and dinners on weekends when people are either with friends or kicking back are also a time for a spike in calories over other mornings (by between 6.5% and 7%).

And Americans who are keeping tabs on their weight might also do well to watch the clock. Snacks that are “better for you” such as nuts, vegetable slices or fruits peak at around noon, followed by a slightly smaller rise in savory and sweet snacks at that, according to market research company The NPD Group, but sweet snacks such as candy, chocolate and ice-cream peak in the evening just after 8 p.m. A third of snack and/or appetizers are consumed during lunch or dinner.