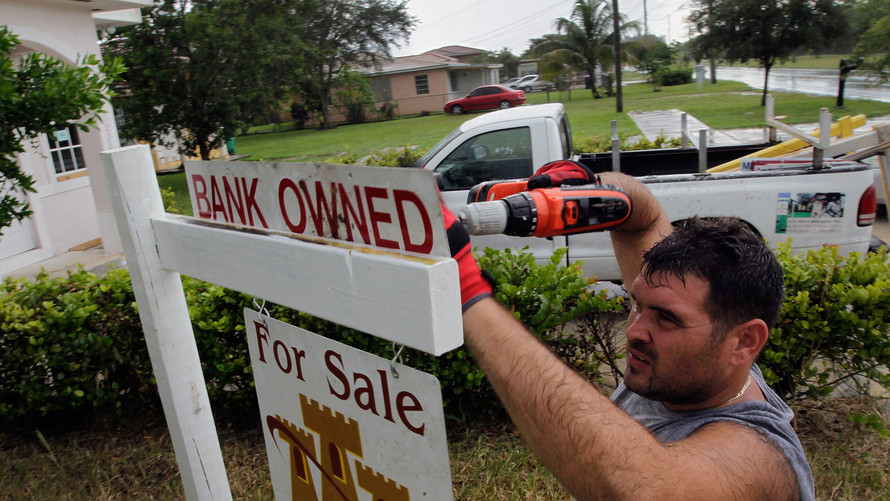 The 2004-07 bubble era in U.S. housing markets was a time of utter madness.  Much has been written about it, but almost nothing has been said about the craziest aspect of it — the cash-out re-financing lunacy.

Let's take a good look at it and explore why the scope of this insanity was so massive that it could — once again — start to take down numerous major housing markets within the next year.

Although traditional refinancing had been done by homeowners to lock in lower interest rates for their mortgage, what became known as a cash-out refinancing was different.

With home prices soaring nationwide during the housing bubble, homeowners an opportunity to pull some of that growing equity out of their house.  The main vehicle was a refinance of the homeowner's first mortgage. The owner cashed out the growing equity in the house by refinancing the first mortgage with a larger first. The difference between the two amounts went directly into the pocket of that homeowner. Just like printing money!

How much extra cash are we talking about?  Freddie Mac publishes a quarterly cash-out refinance report.  Between 2004 and 2007, homeowners were able to cash-out a total of $964 billion.  They were free to spend it on anything, and they did.  Freddie Mac's figures include only refinancing of prime first-lien conventional mortgages. They do not include refinancing of second liens nor refinancing of subprime loans.

The second method was for the owner to refinance a second lien called a home equity line of credit (HELOC).  The HELOC was similar to a business line of credit where the homeowner could draw on the available credit up to the limit provided by the lender. The beauty of this HELOC was that almost all of them required only interest payments for 10 years.  Who could resist? Few did.

Cashing out the refinanced HELOC was similar to the cash-out first lien.  A borrower was offered a line of credit larger than the current HELOC.  The difference was extra money upon which the homeowner could draw.

During the peak bubble years of 2004-06, roughly 20 million first liens were refinanced across the country.  According to the Freddie Mac report, more than 85% of all refinances were cash-outs in 2006.

Los Angeles: the epicenter of the madness

Since California was the center of the housing bubble in the U.S., it also became the epicenter for the cash-out refinancing lunacy.  Between 2000 and 2007, home prices across California almost tripled.  Homeowners used this to turn their rising home value into real spending money.

Roughly five times as many refinance loans were originated in California compared to mortgages for purchasing a home. Millions of Californians refinanced their first mortgage once, twice, even three times during the bubble years. They also refinanced with a cash-out HELOC while their home soared in value.  Homeowners partied as if it would never end.

The Los Angeles metro is comprised of Los Angeles and Orange counties, with a population of about 13 million during the bubble years. For four years, utter lunacy prevailed.

According to Mortgagedataweb.com, 2.72 million conventional mortgages were refinanced between 2004 and 2007 in the Los Angeles metro alone.  How much money was involved?  A total of $627 billion in refinanced mortgages was originated.  That's right – $627 billion for one metro.

While these L.A. numbers are mind-boggling, the average refinanced loan was just $232,000. That puzzled me for some time.  This was California during the craziest real estate bubble in U.S. history.  Eventually I realized that most of these were refinanced HELOCs and not first mortgages.

Since the median California home sale price at the peak was close to $500,000, how many refinanced first liens in Los Angeles metro were jumbo mortgages?  These were mortgages that exceeded the limits for a loan to be guaranteed by Fannie Mae or Freddie Mac.  Mortgagedataweb.com gives us the answer. In 2005 and 2006 alone, 231,000 jumbo mortgages were refinanced in the Los Angeles metro. With an average size of slightly over $600,000, the total came to an astronomical $140 billion — among a population of around 13 million.

The housing collapse in L.A. and its turnaround

As home prices showed no sign of leveling off in 2009 or early 2010, lenders and their servicers panicked.  They decided that the bleeding might be stopped if they drastically reduced the number of repossessed properties placed on the active housing market .   RealtyTrac had begun reporting as early as April 2009 that most foreclosed properties were being held off the market. They estimated that roughly 80,000 foreclosed properties in California had been deliberately kept off the market.

What began in California spread nationwide.  This table shows what servicers in major metros were doing with their foreclosed homes according to data provided by RealtyTrac.